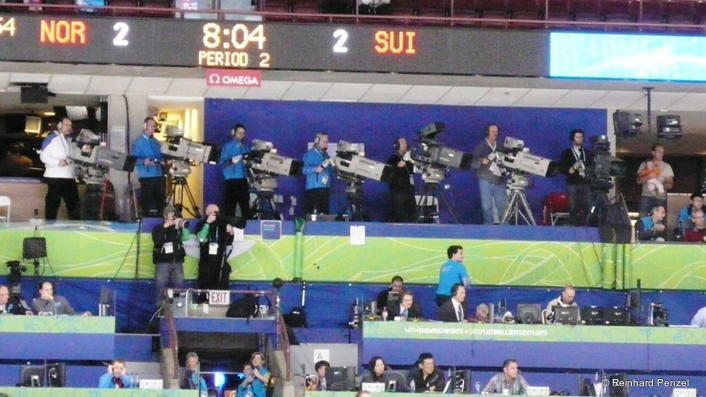 Seven of the 27 Cameras at BC Place
With its Thunder HD OB Truck Dome Productions is covering the Ice Hockey games at Canada Hockey Place with 27 cameras including two UltraMotion cameras, one from Arri Media (the HiMotion) and one from DVS (the Super Loupe). The 15 goals on the Switzerland - Norway and Slovakia - Latvia games were delivered in stunning playback quality. 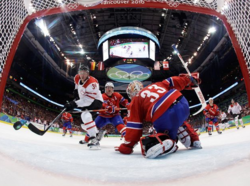 Romano Lemm scored the game-winning goal in overtime to lift Switzerland to a 5-4 victory over Norway.Lemm backhanded the puck in at 2:28 of the overtime as he was cutting through the goal crease to break the tie and give the Swiss their first win of the tournament."I wanted to score. I knew we had to win the game," Lemm said. Saturday's win gave the Swiss three points for third place in Group A behind the US and Canada.The overtime loss gave Norway its only point in three preliminary-round games as they finished bottom of the pool.Both teams now enter the qualifying round which takes place on Tuesday. The Swiss have rocketed up the world rankings since 1997, going from 18th to seventh overall, and are considered to be dangerous underdogs in Vancouver but the Norwegians made them work for Saturday's win.The 25-year-old Lemm started the play on the game-winning goal by carrying the puck into the Norway zone. He lost it before teammate Sandy Jeannin picked it up and made a no-look return pass to Lemm for the goal in front of a crowd of 16,952 at Canada Hockey Place arena. 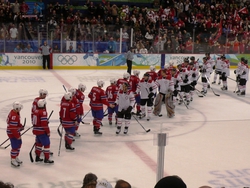 Roman Wick and Raffaele Sannitz each had a goal and an assist for Switzerland who took mighty Canada to a shootout in their previous game before losing 3-2 on a dramatic shootout winner by Sidney Crosby. "Our first two games we played really well and tonight was one of those games," Swiss forward Mark Streit said. "We were the favourites and we had a hard time with that ride. "The goal spoiled a brilliant performance by forward Tore Vikingstad who scored a game-high three goals for Norway who are playing in their first Olympic Games in 16 years. Former Edmonton Oiler and Philadelphia Flyer forward Patrick Thoresen had three assists for Norway.

Our game is getting better

In other matches Saturday, Slovakia followed up their shock victory over gold medal favourite Russia with a thumping 6-0 win against Latvia. Saturday's win put the Slovaks on top of Group B with the clash between the Czech Republic and Russia poised to decide the final standings. Jozef Stumpel had a goal and two assists while Jaroslav Halak made 21 saves for a first shutout by a Slovakian goaltender at the Olympic Games since Karol Krizan against Sweden at the Turin Games in 2006. "I think we are getting more confidence heading into the next round of competition," said former Los Angeles Kings Ziggy Palffy of Slovakia. "Our game is getting better and we are playing a simple game. We are not doing anything bad in our zone and everything is working."

The teams have met three times 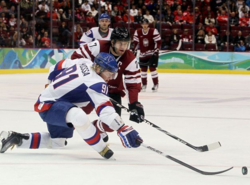 Michal Handzus also finished with a goal and two assists for Slovakia who won their second-straight Olympic contest against Latvia. The teams have met three times in the men's tournament, including 2006 in Turin when Slovakia won 6-3. The Slovaks posted the first upset of the tournament, a thrilling 2-1 victory over the mighty Russians in a shootout on Thursday. Slovakia came out quickly Saturday, as Lubomir Visnovsky got the first goal just 2:44 into the opening period. Forward Richard Zednik and Handzus added goals before the end of the period to give Slovakia a 3-0 lead heading into the second period. They tacked on two more goals in the second and the rout was on. 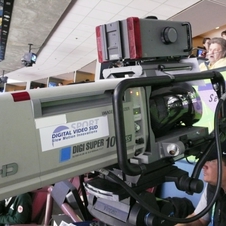 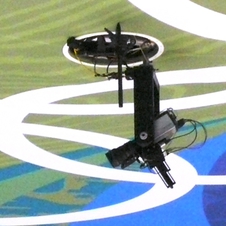 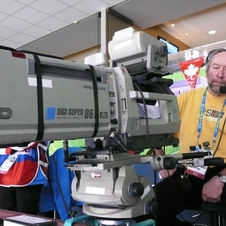 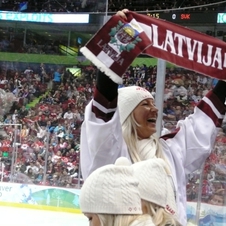 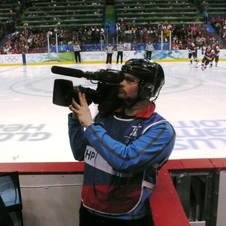 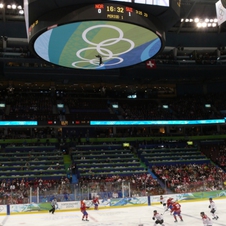 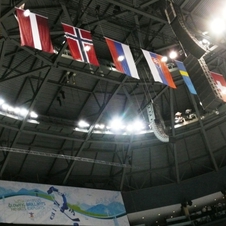