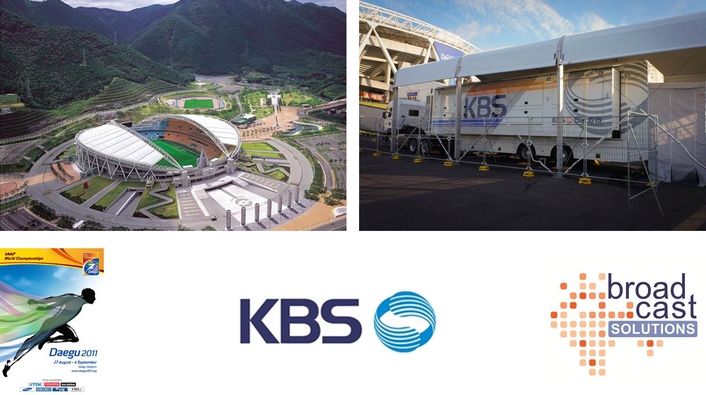 After the delivery end of June 2011 Broadcast Solutions GmbH supported by Wireworx GmbH (Stuttgart/Germany) supervised the preparation of OB Truck and production teams for the World Championships for KBS. Based on many years of broadcast experience of the employees of Wireworx an easy workflow was guaranteed, during the complete production in Daegu Zlatan Gavran takes care for all customer needs and technical questions around the new OB Truck. Before the start of the World Championships all the functions and configurations of the vehicle were tested successfully at a football game and then started the final preparations for the broadcast of the opening ceremony.

At August 27th 2011 the international TV transmission started with the "Daegu IAAF 2011 Opening Ceremony", transmitted to 200 countries around the world, more than ever before at a World Athletics Championship. Right after the opening the first discipline was the 400m run of the women which required extensive conversion of the configuration of the vehicle which could now be implemented with a push of a button with the already prepared VSM. 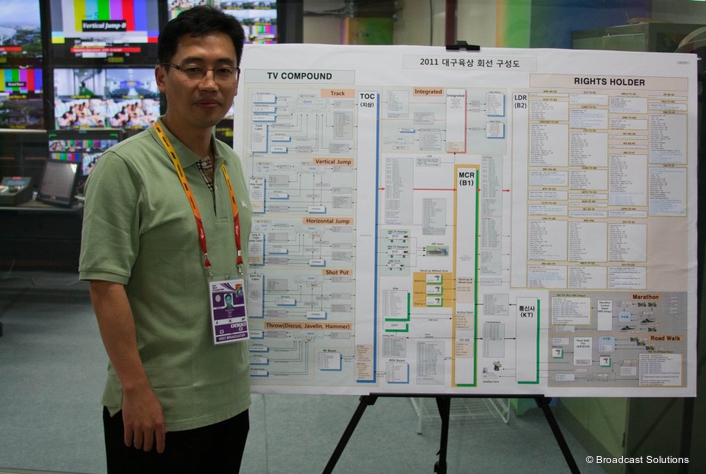 The individual athletic disciplines are divided into so-called "feeds": track, vertical jump, horizontal jump, shot put and throws. The various disciplines will be held at the same time, several control rooms for production are necessary. In the HDTV-4 OB truck the KBS host feed is produced, covering most disciplines and requires the greatest technical effort. The production of this vehicle has the largest share of the "On-Air"-times at the world championships. The HDTV-4 is the first and biggest OB Vehicle for KBS manufactured as a trailer. Through the clever space concept with many workstations and extensive technical equipment the production of the World Athletic Championships works perfectly. 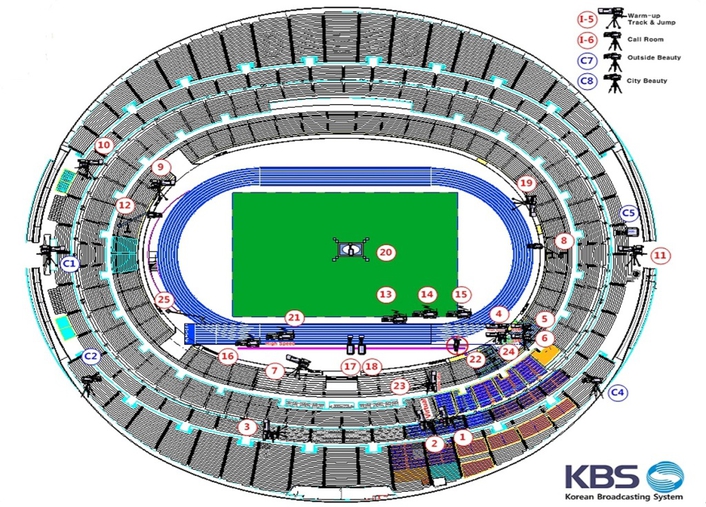 At the Daegu stadium the host broadcaster KBS produces the international signal with a total of 89 cameras, 33 camera signals are on the KBS HDTV-4: eight shared cameras for different feeds ("Common Cameras") and 25 other cameras, including four wireless cameras, three "Antelope" High-speed camera systems, two super-slow motion cameras, two cameras on a parallel rail system, which are also used for a 3D-feed, a Polecam and a CableCam. 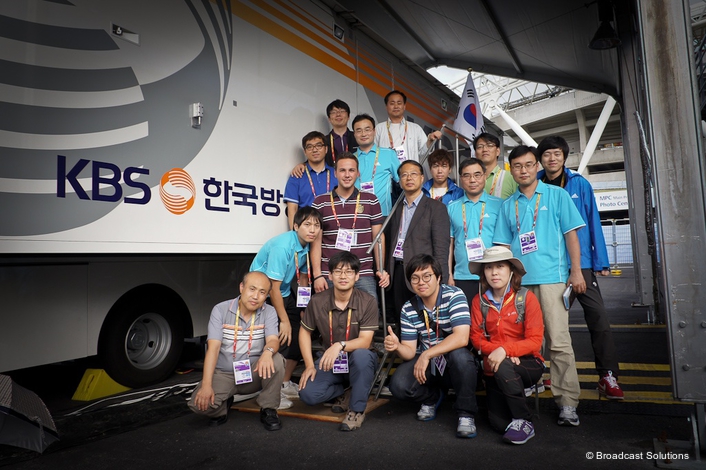 The KBS Team at the IAAF Daegu 2011 World Championships

The HDTV-4 OB Truck is the headquarter for the entire host production, many camera signals are transmitted to other lateral feed control rooms. All signals are processed with a Sony MVS-8000X vision mixer. A Sony MVS-6000 vision mixer provides redundancy and sends a permanent back-up signal to the MCR (Main Control Room). Seven networked EVS XT2 + server with an IP Director are used for slow motion and the highlight section, the slow motion director can control the slow-motion play-outs with the MVS 8000X directly via the VSM control unit, which makes the playout workflow much easier for the director. Three different graphic systems are in use: time graphics, international graphics and virtual graphics, showing f.e. the flags of each athlete’s country on the runway. Inside the stadium 40 microphones for the event are placed on the track or mounted at cameras, the track-PGM (main + backup signal) and a track-CLN feed is produced in 2.0 stereo. The Riedel intercom system of the OB truck is networked with the Artist systems at the MCR and TOC, where the signals to the secondary right holders such as ARD / ZDF and other national television channels are distributed. 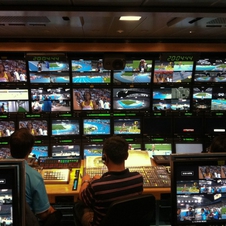 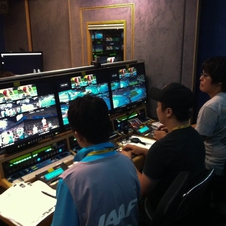 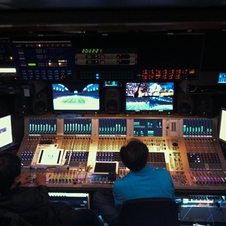 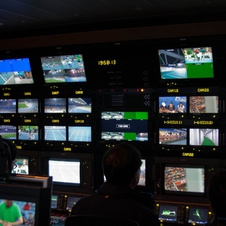 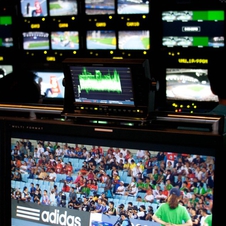 Until the final event on 4th September 2011 a lot of of disciplines will be shown on the international host program feed and KBS will transfer the TV Signals successfully to the world with the new OB vehicle, permanently supported by Broadcast Solutions GmbH and Wireworx GmbH. "The HDTV-4 is one of the largest HDTV OB vans build by Broadcast Solutions GmbH. Thanks to the close cooperation of all parties a innovative and flexible concept could be realized for KBS. We look forward to get more positive reports from Daegu," said Stefan Breder, CEO of Broadcast Solutions GmbH 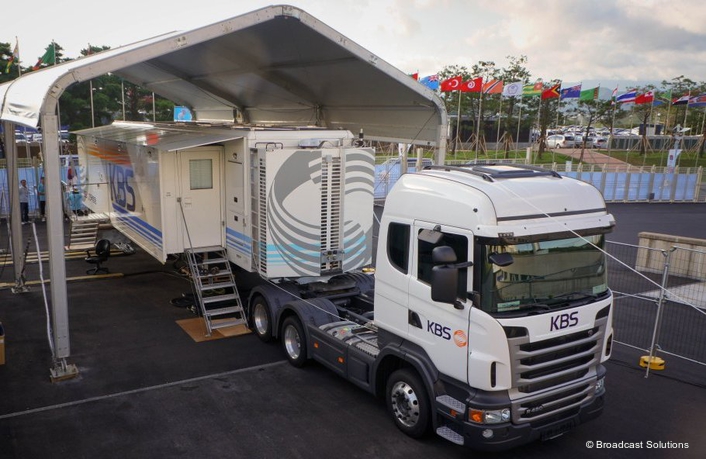