The Grand Slam of the Finals! 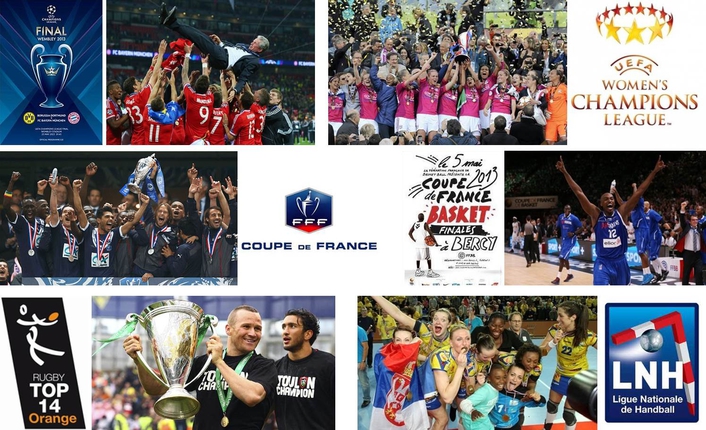 Euro Media Group was present to ensure the coverage of most of the sports finals in Mai
•    Men’s Champions League for Canal + > Borussia Dortmund vs. Bayern Munich at Wembley > in collaboration with CTV Outside  Broadcast, an EMG subsidiary
•   Women’s Champions League for Eurosport > OL vs. VfL Wolfsburg in the Stamford Bridge Stadium in Chelsea > in collaboration with STV, an EMF subsidiary
•   French Football Cup for France Télévisions > Evian vs. Bordeaux at Stade de France
•   Top 14 for Canal + and France Télévisions > Toulon vs. Castre at Stade de France
•   French Basketball Cup for Canal + > Paris vs. Nanterre in Bercy
•   French Women’s Handball Championship for BeIN > Metz vs. Fleury round-trip

A Turtledove at the Monaco Grand Prix
This video went viral on the web last week, with the luckiest bird of the hour; a video filmed by the crews of DVS.
On the Monaco racetrack, the super-slow-motion camera (1000 frames per second) filmed an undoubtedly audacious turtledove standing on the “swimming pool turn” of the track.
The bird treats us to a magnificent back flip as it narrowly escapes the one-seater.
The slow-motion flapping wings are still in the public eye.

Tour of Belgium: EMF at the starting line
Euro Media France will kick off its cooperation with VRT in the 83rd Tour of Belgium from 21 to 26 May.
To allow the television audience to follow every second of the 728-km race, EMF has set up a coherent system consisting of 3 HF “video” motorbikes and one HF “audio” motorbike, a “video” helicopter equipped with a Cineflex, one relay helicopter, and a pressurised relay airplane to cover the five stages of this national grand tour (2.HC).
The motorbikes and HF equipment will be operated in cooperation with VRT. Their technicians expressed their extreme satisfaction with the quality of the images produced during the first phase, which began in the sunny seaside resort of Knokke.
Videohouse (a Euro Media Group subsidiary in Belgium) will also be there with its crew and control van operated for VRT in order to help us out. 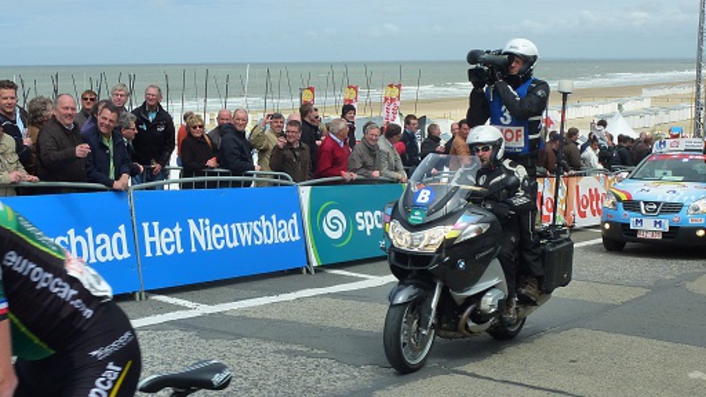 EMF back on the clay court!
At the request of Band sports, Euro Media France will man the famous clay courts of the Roland Garros Stadium from 26 May to 9 June.
The Brazilian channel will provide coverage of all the courts and EMF’s crews will supplement their system with 2 HF cameras and a stand up position on Philippe Chatrier’s court to enhance their programme.
For its part, Digital Video Sud (DVS), a Euro Media France subsidiary, will be present each year starting from 26 May with its 100 frames per second super slow-motion cameras.
This year, the production of France Télévisions decided to increase the number of super slow-motion cameras to 3 on Philippe Chatrier’s court.
As in previous years, EMF will continue broadcasting courts 3 and 6 for France Télévisions in its XXL 2 van equipped for double production.
EMF will also make an HF camera available for Louise Ekland to follow her through the walkways of Roland Garros. 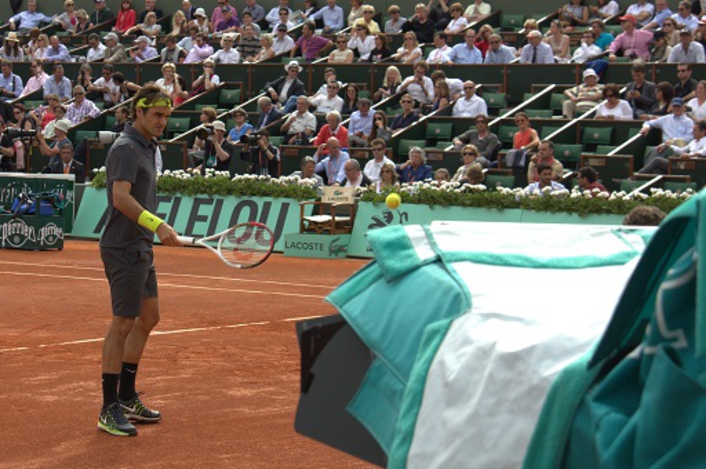 EMF sunbathes in California
For the fourth year in a row, EMF has been at the starting line of the famous Tour of California. In this 8th version of the Tour, the competition will be held from 12 to 19 May.
A significant system has been set up by the crews of EMF to film the Tour of California for the TV production organised by ASO:
1 HF helicopter, 1 American relay plane and 4 HF motorbikes, including one exclusive signal for the US channel NBC and 16-technician crew to management the system. The director Jean Maurice Ooghe will coordinate all the equipment with  the cooperation of the US lionvideo control van for the video processing.
Thanks to the high-quality integration and adaptation, the mix of US and French teams worked perfectly and make it possible to achieve a production appreciated by the clients and TV audience of Eurosport in Europe and NBC in the US. 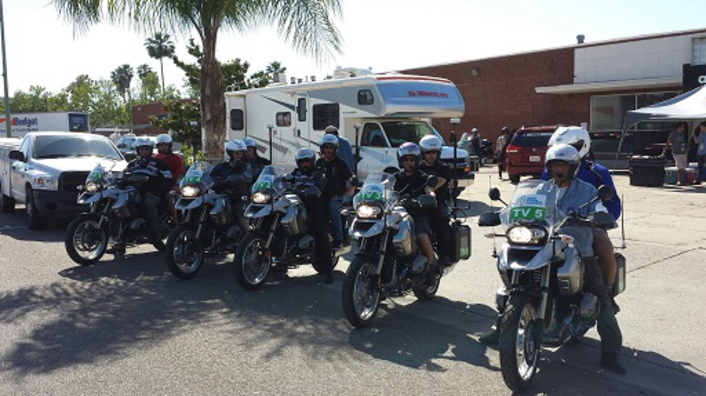 World Ping Pong Championhips
EMG has pulled out all the stops again: Euro Media France and United will be at Palais Omnisport in Paris-Bercy from 13 to 20 May, to film the 5th Individual World Table Tennis Championship (Paris Ping).
The French Table Tennis Federation, Equipe 21 and the CNOSF have entrusted the camerawork to the crews of Euro Media France. As a partner in this event, EMF will use the OB truck XXL3 with a triple production configuration to produce two international signals and one exclusive signal for direct broadcasting on Equipe 21 all day long.
In total, more than 20 cameras and 7 LSMs will be necessary for the filming carried out by Olivier Denis, Fredéric Accorsi and Dominique Brette. The main two tables will be covered by 7 cameras constantly.
For its part, United will produce a private signal for TV Tokyo. 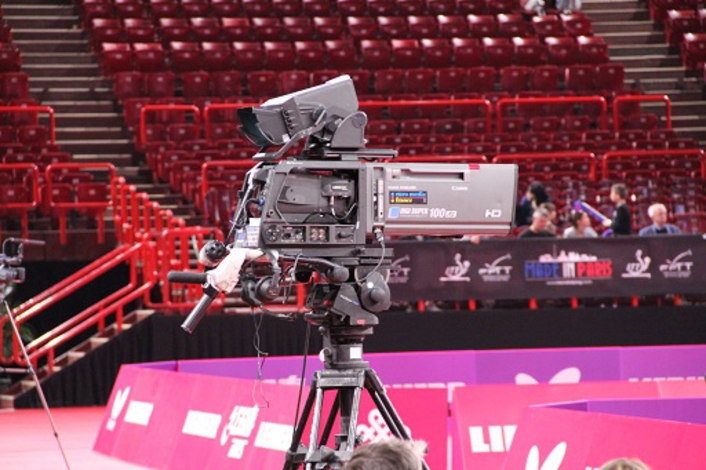