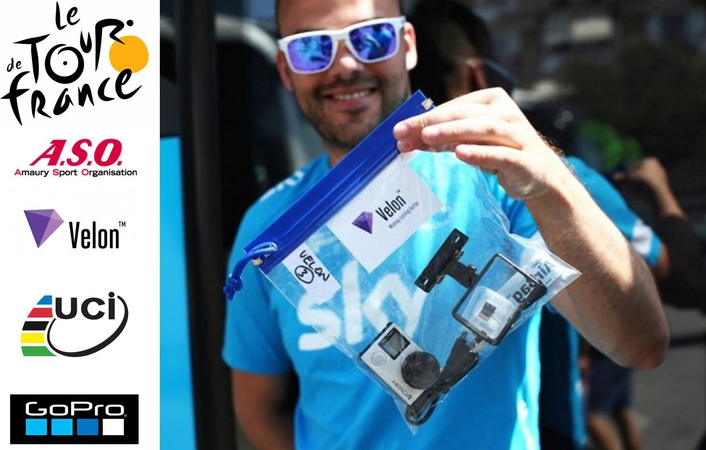 .
Viewers of cycling’s Tour de France will be able to enjoy on-bike views from this year’s race, which starts on Saturday, as a result of a deal between GoPro, the US maker of action sports cameras, ASO, the event organiser, and Velon, the group of 11 top UCI WorldTour teams.

Under the agreement, a minimum of eight cameras will be fitted to bikes in each of the 21 stages of the Tour, which starts in Utrecht in the Netherlands on Saturday.

Edited footage will be shared with broadcasters, teams and the social media networks of the Tour and GoPro, and ASO also has plans for a trial of live on-bike images for the neutralised start of stage two, from Utrecht to Neeltje Jans, on Sunday.

The initiative, which is set to embrace all 22 Tour de France teams and other races organised by ASO, according to Cyclingnews, follows the production of similar coverage by GoPro from this year’s Giro d’Italia, in a partnership with Velon.

Graham Bartlett, the chief executive of the group of teams, said: “It’s great to reveal what we think is a landmark agreement for the sport and to have a major global brand invest in Velon and invest in the Velon teams. That’s what the sport needs, so we can raise the profile of the sport thanks to global sponsors like GoPro and their huge platform and products.”

He claimed that the coverage on GoPro’s YouTube online sports channel would be particularly valuable as it is in the top five in terms of subscribers and video views. The announcements comes less than a day after ASO announced that it will deliver real-time live tracking data from all 22 teams participating in the Tour de France.

Velon will make the content available on its digital and social media platforms. GoPro will also have access to the content, and will put much of it on its popular YouTube channel, the world’s highest-ranked online sports channel. Beyond the Tour, Velon will provide race footage for the remainder of the season, in partnership with GoPro.

Velon previously struck a deal with Giro d’Italia organizer RCS to shoot and publish footage from bike cams at the Giro. That footage was shot on a range of cameras, including the Garmin Virb and Shimano Sportcamera. This is the first time Velon has partnered directly with a hardware company, though GoPro’s expertise certainly extends beyond simply making cameras.

Eleven of the 17 WorldTour teams are members of Velon, including Sky, Tinkoff-Saxo, BMC, and Cannondale-Garmin. The group’s stated mission is to improve the economic future of the sport, and one of its initial goals is to improve broadcasting. It is also seeking to use broadcasting as a source of revenue for teams.

Teams will benefit financially from the partnership with GoPro, though the amount they will be paid was not disclosed. The use of GoPro cameras, the latest and greatest of which is the 4k-enabled Hero4Black, will allow Velon to offer “unprecedented angles, perspectives, and points of view,” the group said in a statement.

“The partnership will show fans a new side of cycling, with the fantastic moments that have never been captured before. I think this is a great deal for the sport,” said Graham Bartlett, CEO of Velon.

Mounted cameras supplied by Shimano were trialled by Team Saxo Bank in the 2014 Tour de France and GoPro has been in talks with various professional teams since late last year, when Velon was created as part of efforts to create a new sustainable financial model for them. 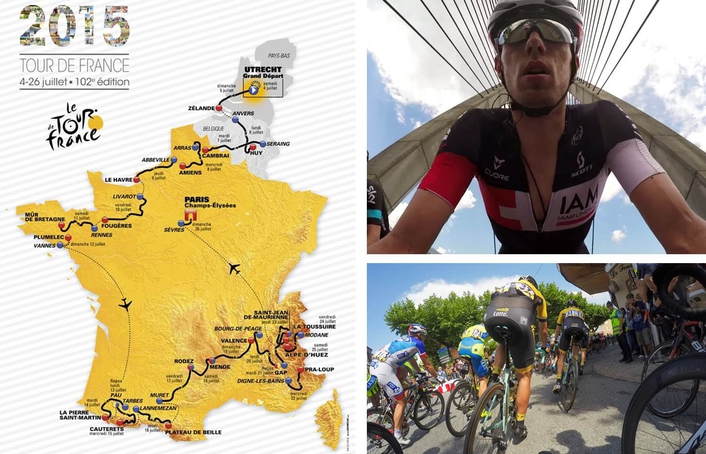 On board views at the Tour de France

In recent years, GoPro cameras have expanded beyond surfing and action sports series, include mountain biking, to more mainstream sports.

Last October, the California-based company signed a deal with the National Hockey League, its first with a major professional sports league, to provide footage from the point of view of players, referees and other points around the rink.

In addition, NFL teams have started to use GoPro cameras in their practice sessions and NBA sponsor American Express employed point-of-view shots of star players in a digital campaign ahead of the All-Star Weekend in February.

ASO last month threatened to cut ties with the UCI, the sport's governing body, and pull its events from the international calendar next year.

ASO is understood to be concerned about a lack of progress in the UCI's reform programme. On-bike cameras arguably offer a rare instance of a reform that has been adopted. The Velon teams are reported to have refused to fit geo-positioning equipment to their bikes during the recent Critérium du Dauphiné race.

While there is no risk of the Tour de France not taking place in 2016, it could do so outside of the UCI's control. 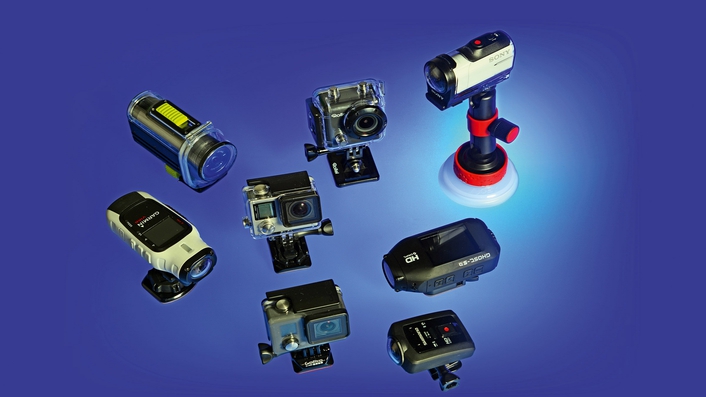 However, the UCI maintains that it wants to “make the cycling season understood and attractive to fans and recognise the UCI WorldTour as part of a larger and interdependent system.”

The proposed changes that the UCI wants to bring in next year include fewer elite teams, an effort to avoid race clashes and a big race every weekend.