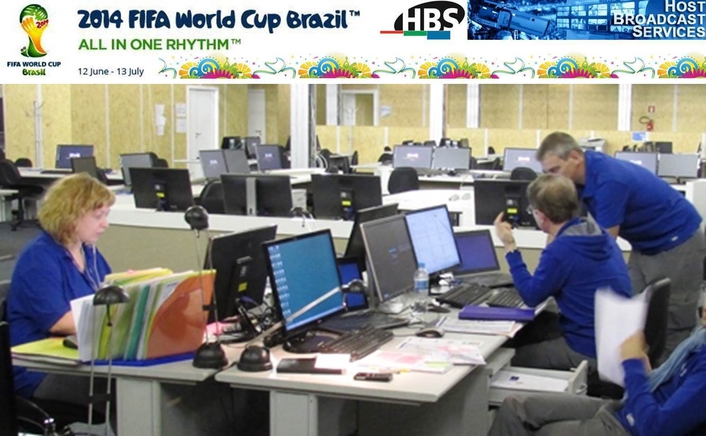 The members of the approximately 300-strong Production team who are already at the IBC are well under way with their preparation
HBS teams from each department have been steadily filling their space within the IBC for the past few weeks, with the Production Operations Centre (POC) within the Production area the latest to take shape.

The POC is home to the key editorial personnel and facilitates all workflow with regards to editorial and operational decisions. The centralised ‘newsroom’ style of the POC enables a constant information flow and coordination that benefits content creators.
Approximately 300 staff members will be based in the Production areas of the IBC, working on every aspect of the broadcast operation from the facilities in Hall 3 of the IBC. 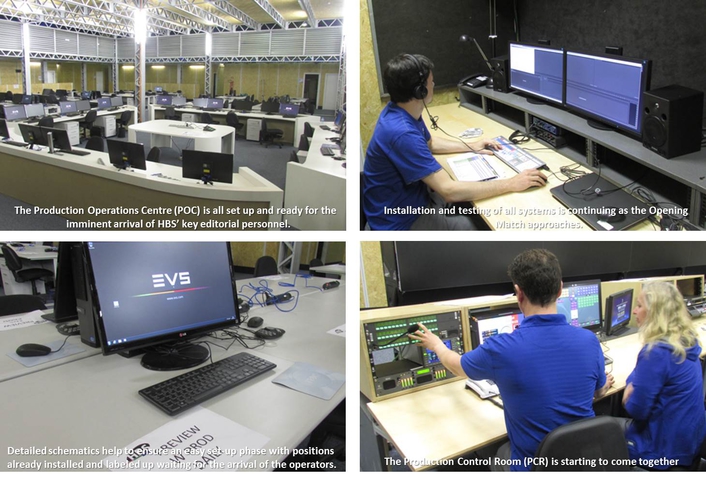 All the fans who come to Fortaleza for the 2014 FIFA World Cup Brazil will be well served to get the best information and tips on how to enjoy the event period in the city. Since May 12 , the hot site Fortaleza Ceará 2014 ( http://www.fortalezaceara2014.com.br) be online to provide support for fans of the greatest sporting event in the world.

" The hot site welcomes all football lovers who will be in town to attend the matches of the World Cup. It will serve as a gateway for tourists to plan and enjoy to the fullest the best of what we have to offer. Our culture, our hospitality, food and our happinnes", said the Special Secretary for the 2014 FIFA World Cup in Ceará, Ferruccio Feitosa.

Exciting matches in Arena Castelão
Fortaleza will receive six matches of the World Cup matches including the world champions Brazil, Germany and Uruguay. The match between Brazil and Mexico on june 17 has recorded more demand for hospitality packages for foreigners than the final match of the competition. In the 2013 FIFA Confederations Cup, Brazil won the Mexican National Team by 2 : 0.

The match attracted more than 57,000 fans in the stadium and was attended by over 40 million people worldwide, one of the largest audiences in the history of international competition. The crowd in green and yellow starred in one of the most striking scenes of all editions of the competition to sing the National Anthem in unison for the whole world, in the first official match of the Brazilian team in the new arena.

For new confrontation, many expectations and as the Brazilian fans, mexicans make beautiful promise in the stands. The game not to generate positive numbers for Ceará and has secured selling 18,000 packets only to foreign audiences. A ship from Mexico will remain in Fortaleza during the tournament bringing 4,300 mexicans, canadians and americans to Fortaleza. The vessel has over 1,650 crew members. Other 1,800 tourists in Mexico have secured place in Arena Castelão via air transport.

Beyond dispute, that has everything to be exciting, the capital of Ceará gathers various attributes that appeal to foreign audiences, as natural beauty, geographical location, climate, hospitality and infrastructure to receive the expected audience. The figures prove the work done even before Fortaleza host the 2014 FIFA World Cup Brazil was confirmed.