Globosat Kicks Off World Cup with Help from Ross Video

The Furio Robotic Cameras are being used by Globosat for camera automation and to support data tracking for the augmented reality elements. A Ross Video Carbonite production switcher with a C2 panel is being used to run the show from the Glass Ball Studio while openGear is being used for sync generation, distribution and down conversion.

“Getting everything ready in time for the start of the World Cup was a significant challenge, and we were delighted with the stellar support we received from Ross Video to help make that happen,” said Lourenço Carvano, Technology Manager for Globosat. “Since its inception, Globosat has been a pioneer in Brazilian broadcasting, Ross Video’s products make it easy for us to continue to explore new technologies and deliver exceptional live productions for what is arguably one of the most important sporting events of the year: the 2014 FIFA World Cup.” 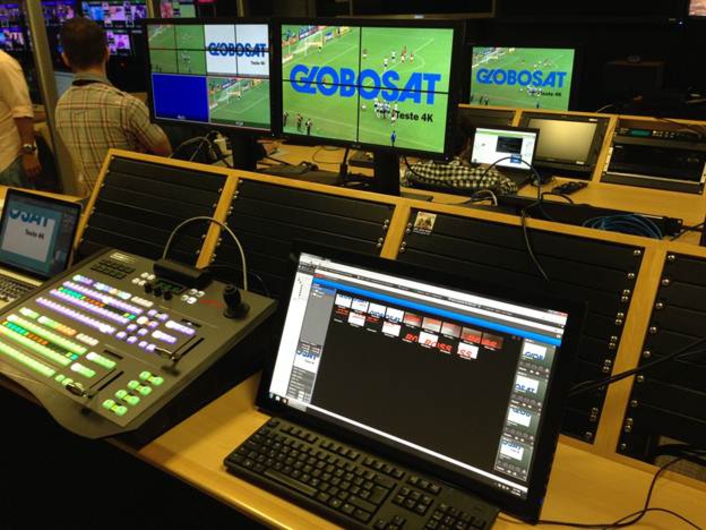 “We’re very excited that Globosat is using Ross Video’s Carbonite production switcher to produce 4k routing, mixing and keying for the 2014 World Cup,” added Jeff Moore, Executive Vice President and Chief Marketing Officer for Ross Video. “For us at Ross, it’s about helping our customers not only meet their production goals, but also make their productions better and easier through improved workflows, tight integration between products, and tailored automation.”

Ross Video has offices around the world, and provides outstanding, free-for-life telephone support staffed by technical experts 24 hours a day, 365 days a year—even for products bought on eBay. Ross employees are authorized to rent helicopters when necessary.