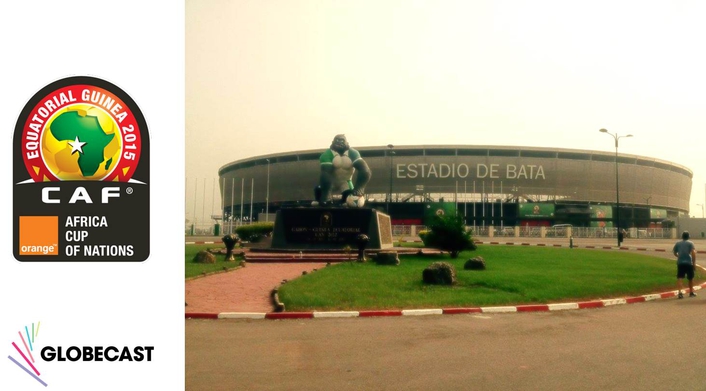 .
Globecast has today announced that it has risen to the considerable challenges of this year’s Orange Africa Cup of Nations, EQUATORIAL GUINEA 2015, football tournament, proving a variety of successful contribution and distribution services that helped bring the tournament to screens around the world.

François Persiaux, Head of Global Contribution France, said, “The Orange Africa Cup of Nations, EQUATORIAL GUINEA 2015, presented some very specific – and sizeable – challenges. For instance, the venue was finally switched to Equatorial Guinea as the host country as late as the end of November last year. This presented a massive logistical challenge, one that we rose to.” 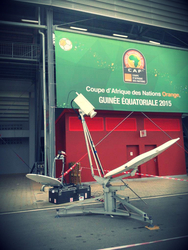 Globecast gathered a highly experienced team from its staff and began the process of configuring and shipping seven HD flyaway uplink kits – there was a total of 4.5 tons of equipment – then had to organise local logistics and seven different satellites for contribution and distribution.  The situation was made more complex by the fact that the capital of the country – Malabo, to where all the equipment had to be shipped – is a 45-min flight from the mainland.

Globecast supplied uplinks and contribution – main and backup feeds – from the four stadium locations for its customer, to sports marketing agency SPORTFIVE AFRICA. Distribution was global to 51 broadcasters, with Globecast supplying a field team of engineers and a coordination manager in Africa as well as a MCR in Paris with a dedicated engineer and coordinator for each match.  There was also a supervisor for worldwide distribution plus remote live monitoring for each downlink on every satellite. Additional French commentary was added in the Paris MCR, giving a total of eight language broadcasts.

Persiaux said, “This was clearly a very big project carried out in a very short space of time. Having shipped and set up all the equipment, we produced 170 hours of live HD transmission using four C-Band and three Ku-band satellites. This was the biggest single flyway operation managed by our Paris office using skills from across the company. We are very proud to have succeeded so well.”

Globecast opens up global opportunities in broadcasting by making content distribution and management simple. Part of the Orange group, Globecast delivers tailored content management and delivery solutions to meet the needs of markets all over the world. For channels, Globecast provides media management and playout solutions as well as global content delivery via fibre, satellite, and IP. Through its fleet of SNG vehicles and production partners, the company also provides coverage of news, sports, and special events around the globe. Globecast has capacity on all the world’s major broadcast satellites, a three-continent proprietary fibre network and state-of-the-art facilities in the world’s biggest media hubs. Finally, Globecast has a content aggregation and distribution team that helps secure distribution on leading Pay TV platforms. Present in Europe, the Americas, the Middle East, Asia, Africa and Australia, Globecast offers simplicity, flexibility, and knowledge to the world’s leading broadcasters.