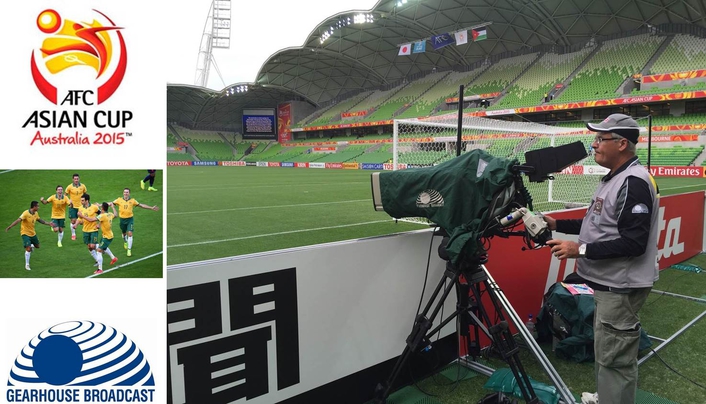 Full broadcast and technical facilities delivered in Australia
Following selection by the Football Federation of Australia (FFA) Asian Cup Broadcast Services (ACBS), the entity that is the combined efforts of Gearhouse Broadcast as technical facilitator, McGuire Media as production service provider and HBS as production consultant, is providing all the host broadcast services and facilities for the current AFC Asian Cup 2015 in Australia.

From its humble beginnings in 1956, the AFC Asian Cup has grown into the continent’s biggest football event bringing together Asia’s top national teams every four years. The 2015 competition is proving to be a global phenomenon with Asia's 16 top nations participating. Television viewership figures for the group stages of the AFC Asian Cup in China, Japan and Korea Republic hit record numbers while the number of people attending the games in Australia has reached over 400,000. The official Twitter feed @afcasiancup, which is running in five different languages, has reached more than 1.82 billion, making it one of the most talked about Asian football events in history and videos on YouTube have clocked in excess 3.3 million views, with more than five million minutes watched. The tournament’s qualifying nations include regional football powerhouses Australia, Japan and Korea Republic alongside Iran, Korea DPR, Kuwait, Oman, Uzbekistan, UAE, Bahrain, Saudi Arabia, Jordan, China PR, Iraq, Palestine and Qatar.

Gearhouse’s involvement in the AFC Asian Cup 2015 includes providing all the technical and broadcast facilities for the host broadcaster and international unilateral rights holders such as TV Asahi and NHK from Japan.Papas continued, “We have brought a world class production to Australia and this includes bringing in some world class people, such as famous FIFA football world cup director John Watts to direct the top tier games. Our goal is to make this the best football coverage ever seen in Australia.”Gearhouse is providing 18-cameras (consisting of Hitachi SK1200, SK1500 and NAC ultra slow motion cameras) at each of the five stadiums (Sydney, Melbourne, Brisbane, Newcastle and Canberra) linked into its fleet of HD supertrucks that also use the latest in EVS replays, Lawo audio, Vizrt graphics and Riedel comms systems. Gearhouse has also arranged fibre connectivity between the venues and the Stadium Australia transmission hub in Sydney. 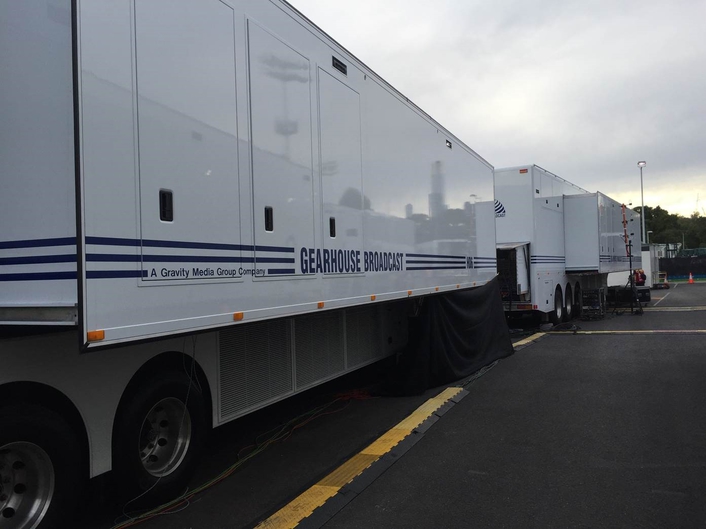 COO of the FFA John Kelly said, “Gearhouse has used all of its FIFA football world cup experience to organise the entire technical and broadcast facilities from the ground up including the provision of all crew. As a result the level and quality of football coverage has been excellent and the event a huge success for football in Australia and throughout the region.”

CEO of the AFC Asian Cup Local Organising Committee Michael Brown added, “I’m delighted to say we have appointed a host broadcaster that has done the job with incredibly high standards and without any issues for us and our associated partners.”

Together with McGuire Media, Gearhouse has also increased the number of camera angles, replays and pre-planned sequences for the AFC Asian Cup to give it a true FIFA world cup and world class feel. There are also more mics, audio and crowd effects than ever before at an Australian sporting event – something which significantly adds to the viewer experience.

Manny Papas concluded, “From a technical standpoint we have significantly raised the bar. As part of the host broadcast team Gearhouse is in essence its own client, which means we have to provide a seamless, full turnkey solution of the highest order that cannot fail. Fortunately we have much experience to draw on. Also, as all Gearhouse OB trucks are identical we have the added benefit of being able to mix and match crew without issues. This helps producers, directors and operators do their jobs to the best of their abilities which, in a high pressure broadcast environment, is absolutely critical.”

The AFC Asian Cup 2015 runs throughout this month until the final on Saturday 31 January at Stadium Australia.