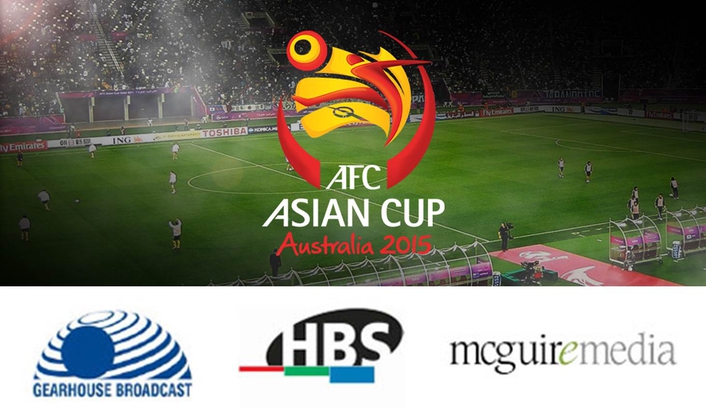 .
Gearhouse Broadcast Pty. Ltd (GHB), Host Broadcast Services (HBS) and McGuire Media (MM) are delighted to announce their participation in the AFC Asian Cup Australia 2015, as a consortium formed to provide the host broadcast of the event. GHB, HBS and MM came together to bid for the host broadcast of the AFC Asian Cup Australia 2015 (9-31 January 2015) and following selection by the Football Federation of Australia (FFA) will split responsibilities at the event.

GHB is the technical facilitator for the host broadcast of this event and will provide modern broadcast facilities to deliver an 18-camera production, including at least two Super Slow Motion (SSM) cameras and one Ultra Motion (UM) camera, plus Steadicams, mini and remote controlled cameras. GHB will also arrange for fibre connectivity between the venues and the Stadium Australia transmission hub in Sydney. All technical project management including the provision of on-site engineering crews forms part of GHB’s responsibilities. 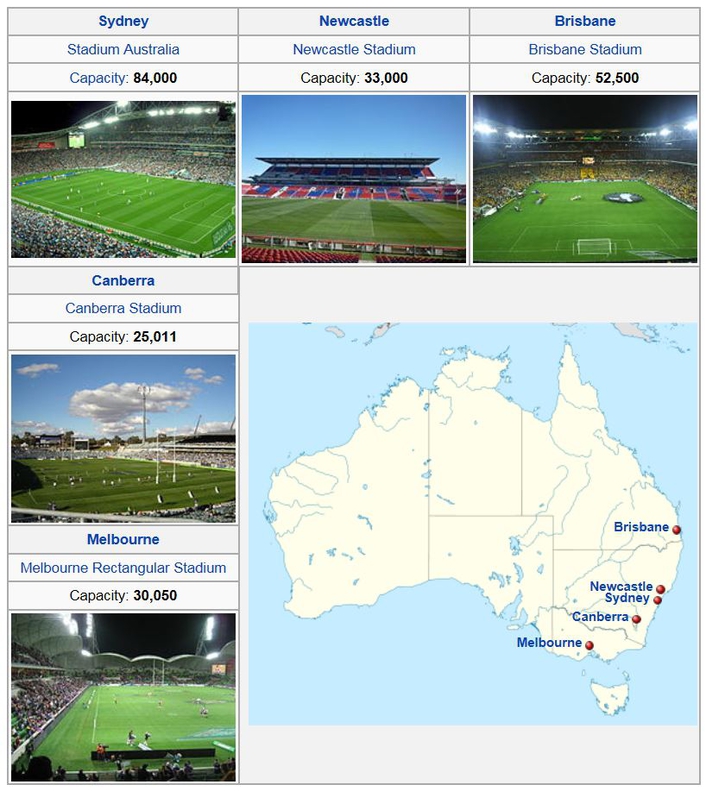 MM is the production service provider of the host broadcast and will provide three complete production teams, with all operators experienced at the highest level.  Multilateral broadcast coverage including camera plans and movements, graphic development, opening/closing sequences and all production management will fall under the remit of MM.

HBS is the production consultant to this consortium and will provide one of the pool of TV directors who comprise the ‘Dream Team’ used regularly at the FIFA World Cup™, as well a Quality Control Producer who will monitor all matches and supervise the consistent production from the Master Control Room (MCR) in Sydney. 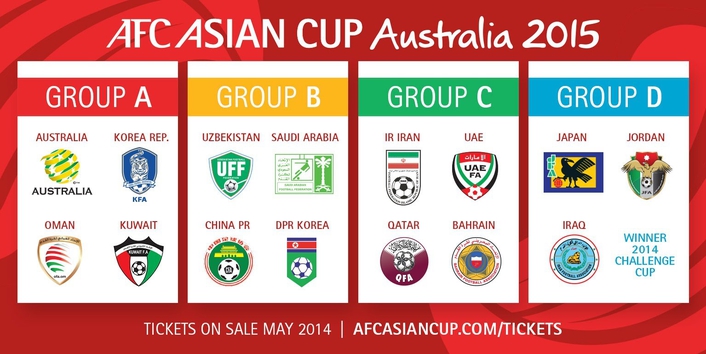 Furthermore, the company’s wealth of accumulated knowledge will be tapped for the development of the production guidelines and general consultancy on production plans. A workshop was conducted, hosted by McGuire Media and HBS with the production crews to promote and enhance quality/consistency of coverage across the entire event.

The Asian Football Confederation (AFC) is the owner of the event, which comprises 32 matches at five venues – Canberra, Melbourne, Brisbane, New South Wales and Sydney. The FFA acquired the domestic broadcast rights for Australia as well as the obligations associated with producing the international television feed and delivering broadcast production services as the host broadcaster. The FFA subsequently contracted the GHB/MM consortium for delivery of the entire host broadcast obligations, sub-contracting HBS, including full match coverage, signal contribution lines, MCR, quality control and unilateral services. 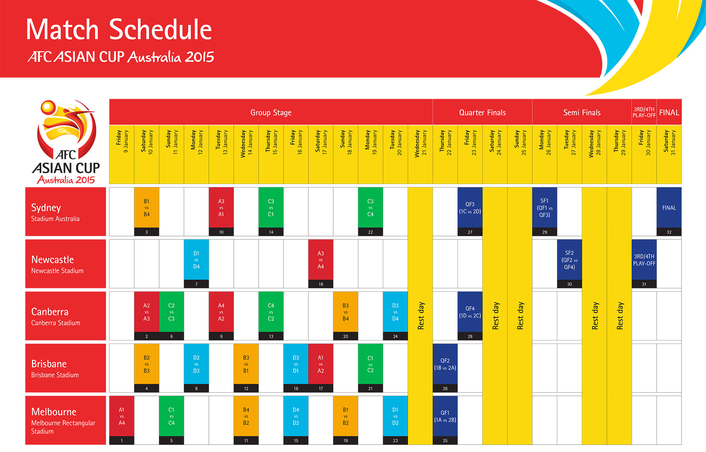 Gearhouse Broadcast
Gearhouse Broadcast Pty. Ltd. is part of the Gravity Media Group – a global provider to broadcasters, production companies and rights-holders worldwide.
It is one of Australia’s largest and most modern outside broadcast companies, providing OB services to all major free-to-air networks and Pay TV operators and Production companies.
Most pertinently, it is the current and most experienced provider of football broadcast services in Australia today. Gearhouse Broadcast is the provider of coverage for the Hyundai A League for Fox Sports and all Socceroos and international matches.
Gearhouse Broadcast was the contracted service provider for the 2013 FIFA Confederations Cup and the 2014 FIFA World Cup Brazil™. In 2012, it was the provider for the UEFA European Championship. It has a proven track record of working with FIFA and UEFA in all aspects of Host Broadcast delivery including Technical Operating Centres, IBC facilities and the provision of unilateral services to international rights holders.

HBS
Host Broadcast Services (HBS), fully owned by Infront Sports & Media, is a specialist host broadcast organisation, originally established with the core mandate of producing the television and radio signals for the 2002 and 2006 FIFA World Cups™.
Based in Switzerland, but with its planning headquarters in Paris/Boulogne, the company has evolved since its formation in 1999 and built upon its unique capabilities by attracting expert personnel from the very top levels of the television industry to complement the experienced staff who have honed their skills over previous FIFA World Cups™.
HBS continued its proud partnership with FIFA in the role of host broadcaster of the 2014 FIFA World Cup Brazil™ and is presently moving forwards with planning for the 2018 FIFA World Cup Russia™.
In addition, HBS has worked on a wide range of other events and sports, either as host broadcaster, in a consultancy role or as a service/facilities provider - most recently on projects such as the Berlin Marathon, Ironman and Ironman 70.3 series, the 2013 FIA World Rally Championship and the UCI World Track Championships 2015.
The 50/50 HBS joint venture with IMG, International Games Broadcast Services (IGBS), has the 15th Asian Games Doha 2006, the 1st Asian Beach Games Bali 2008, the 7th Asian Winter Games Astana-Almaty 2011 and the 4th Asian Beach Games Phuket 2014 on the host broadcasting CV and also provided crews for the 16th and 17th Asian Games.

McGuire Media
McGuire Media is an independent production company specialising in sport and sports entertainment for Australian Network Television at the highest level.
It has brought together Australia’s best sports producers and directors to create Australia’s fastest growing and most dynamic sports production outfit. In 2014, McGuire Media produced more than 400 hours of sports programming.
It produces live sport for all free-to-air and pay TV Networks in Australia, and specialises in host broadcasting for international events.
Along with the Asian Cup Australia 2015, McGuire Media is the host broadcaster of the Netball World Cup Sydney 2015.
Based in Melbourne, Australia, it has its own post production facility which includes 12 high definition edit suites, in-house graphic design team, and services all facets of pre and post production.