France Télévisions and deltatre to Deliver a Golden Digital Experience

France’s premier broadcaster selects deltatre for the design of fan engaging, multi-sport mobile and tablets apps
With the torch relay officially underway, sports media and technology firm deltatre has announced a contract with France Télévisions to support the group’s sports programming with cutting-edge digital solutions. The agreement with France’s preeminent public broadcaster will see deltatre delivering a suite of engaging mobile and tablet applications to complement sports coverage and enrich the fan experience.

Building on their successful collaboration during London 2012, the two organisations will connect fans with exclusive digital content and personalised features as France’s finest winter sports athletes descend on Sochi.  Whether watching at home or on the go, francetv sport’s mobile and tablet apps will immerse fans in the action and connect them with the viewing community using tools such as:

While the solution will launch as the curtain rises on Sochi, its multi-sport functionality will serve as a digital hub throughout the year, accompanying France Télévision’s broadcast coverage of major events across 16 other sporting disciplines including rugby, tennis and football. Laurent Frisch, Director of France Télévisions  Editions Numériques, said, "In recent years, we have experienced first-hand a change in the way our audience consumes media with an almost unquenchable desire for more quality sporting content on smart phones and tablets. The response to our London 2012 digital offering was overwhelmingly positive. Therefore, we have again tapped into deltatre's digital expertise, not only in Olympic events, but across dozens of sports, to create a new francetv sport app that fans can enjoy during all the major sporting events throughout the year."

Compatible with iOs and Android platforms and engineered with an intuitive, modern design, the applications will capitalise on deltatre products to strengthen France Télévision’s unrivalled viewing experience. Notably included into the apps is Podium, deltatre’s plug and play results solution that integrates easily into rights holders’ digital platforms.

Expounding on the collaboration, Ciaran Quinn, deltatre’s Director of Olympic & Strategic Business said, “France Télévisions’ undertaking during London 2012 was remarkable. That they remain ardently committed to taking the viewing experience even further for Sochi, and other events, is a testament to their dedication to audiences. deltatre is pleased to continue supporting France Télévisions as it captivates fans.” 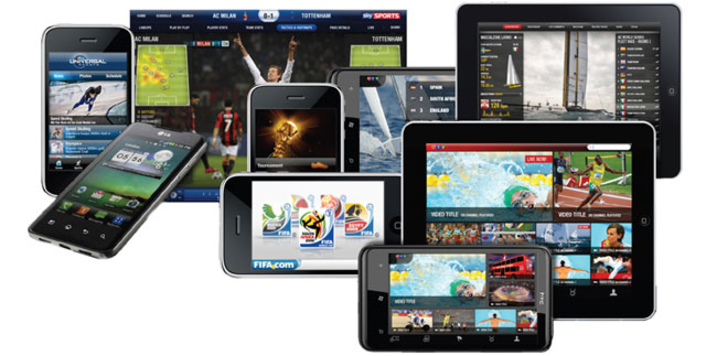 As the drama unfolds in Sochi, deltatre will be at the heart of it all. To stay up to date with news about all deltatre’s cutting-edge projects for Sochi, follow us on Twitter at @deltatre

About France Télévisions:
The public company is a major broadcaster of sports events in France, with more than a thousand hours of live coverage in 2012 on its TV channels France 2, France 3, France 4 and France O. It covered almost 20 different disciplines last year, in line with its policy to provide the widest possible choice to the public. France Televisions also broadcasts year after year some of the biggest competitions such as 6 Nations rugbytournament international swimming and athletic championship the Tour de France, and of course the Olympic Games.

France Televisions is currently developing an ambitious strategy on digital platforms, with a strong emphasis on live video streaming on the internet, which amounted to 2.000 hours in 2011 on francetvsport. Francesport is avalaible on website francetvsport.fr, mobile application, smart tv and coming soon tablet application. In addition there will be direct links to much live and on demand video content directly from the athlete, sport, event and country sections of the website.

About deltatre:
There is a way to make sport events come to life for audiences everywhere. Using innovative technology, creativity and total commitment, the people at deltatre do exactly that. With staff in Turin, London, Manchester, Lausanne, Paris, Munich, New York and Portland, deltatre has over 27 years’ experience at the highest level of international sport. Always striving for the next level of interaction, we consider the future of global sport engagement to be multi-platform and social. Today, the greatest sport events on earth are more immersive, collaborative, and inclusive thanks to our cutting edge technologies. Sport fans become an active part of the event, connecting socially and sharing their passion, wherever they are. By harnessing our experience, technical skills and passion for sport, we help keep our clients one step ahead.