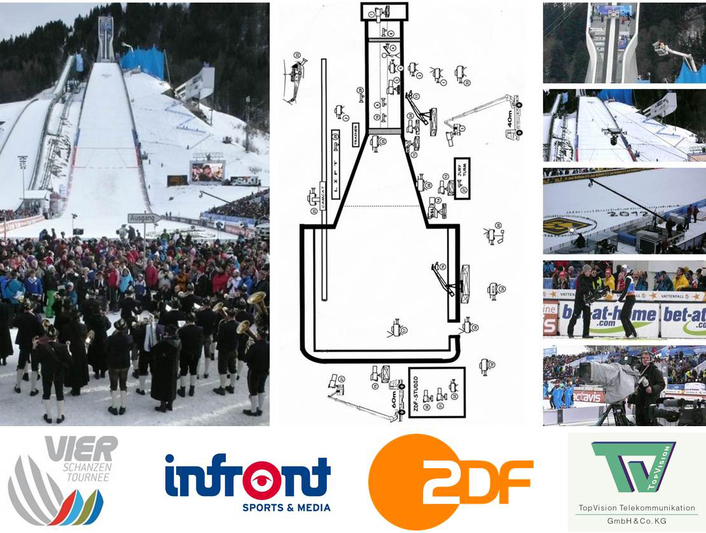 The New Year’s Ski Jumping Event was covered with 32 cameras - Not only the athletes were flying - but also the cameras.
Under fair conditions at the Olympic hill Schlierenzauer won with a total of 274.5 points, close ahead of his teammate Andreas Kofler who reached 270.4 points. "Unbelievable. A great day for me. I didn't show my best jumps, but it's even better when you can still win. I was not looking on the points that much, the jump was not as I wanted it to be. But now I'm looking forward to a full stadium in Innsbruck", he said with a few towards his home events in Tyrol. All the jumps of the 50 competitors in Garmisch-Partenkirchen were covered in all details by the host broadcaster ZDF, which has hired one of TopVision’s HD OBVans for the second event of this year’s Four Hills Tournament.

Cineflex gyro stabilized cameras on a helicopter and on the CamCat cable camera system were only two of a whole bunch of specialized cameras which covered the New Year’s Jumping Event. Wireless cameras, crane cameras, Sony Super SloMo cameras, HD1200 finger cameras from LMP integrated in the inrun track and behind the take take-off board, a Polecam and the Hi-Motion Ultra SloMo camera delivered images of the athletes at every moment in their preparations before, during and after the jump.

The wireless transmission of the camera signal from the helicopter to the HD OBVan was achieved with the CT2440 ARINC transmitter from BMS in combination with the VLA 1903 LP receiving antenna. BMS equipment also guaranteed a continuous signal from the cabin lift carrying the athletes up the ski jumping hill. Finally BMS delivered the so called “Tele Tubies”-Rucksack receivers to give the ZDF presenters and moderators access to the TV signal everywhere within the stadium.

Also engaged in the wireless transmission was HDwireless. Three Sony HDC-1500 cameras were equipped with LinkHD adapters and delivered signals from the athletes waiting to receive their points from the jury, or on their way up to their next jump. Also supported was a Sony HDC-P1. HDwireless equipped the camera body with a wireless transmitter and named it UltraLite Cam dedicated for the use with Steadicams. 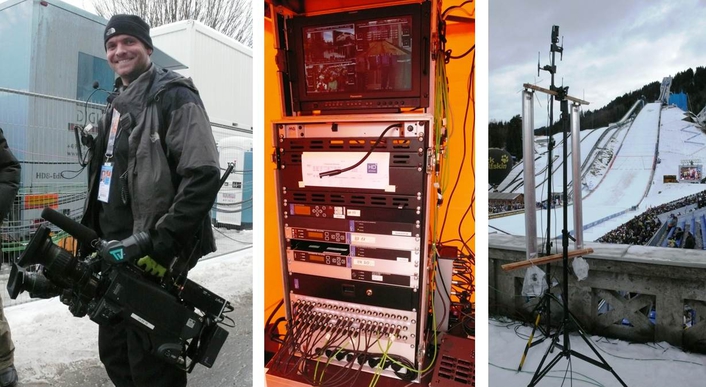 A total of 29 cameras covered the event on the Olympic Hill while three more were installed the purpose built ZDF studio. The camera signals were all controlled in the extended shading area of the TopVision HD OBVan and mixed on a Sony MVS-8000 vision switcher. The Audio was mixed on a Stagetec Aurus. 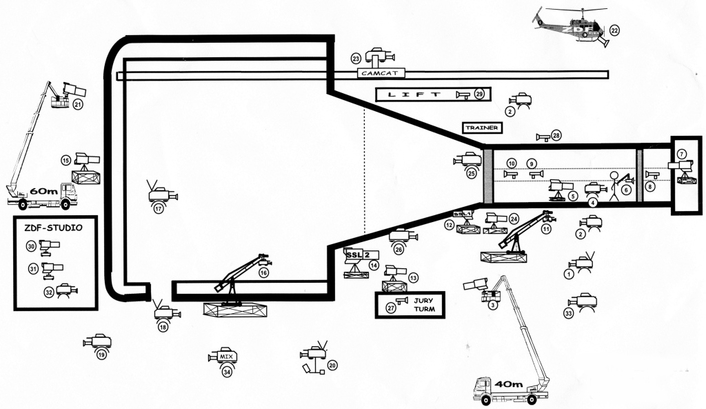 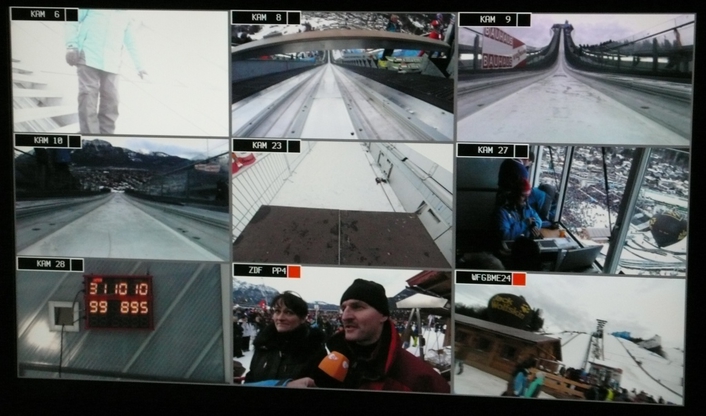 Images from the special cameras in the second Shading area

The TV signal was also distributed to a 52m² Mitsubishi LED screen in the stadium to also show the spectators the various SloMo and Ultra SloMo sequences. However the audio was a separate program/mix for the stadium carried out by TC Showtechnik with a Soundcraft SI Compact console and distributed via Electro-Voice XLC monitors. 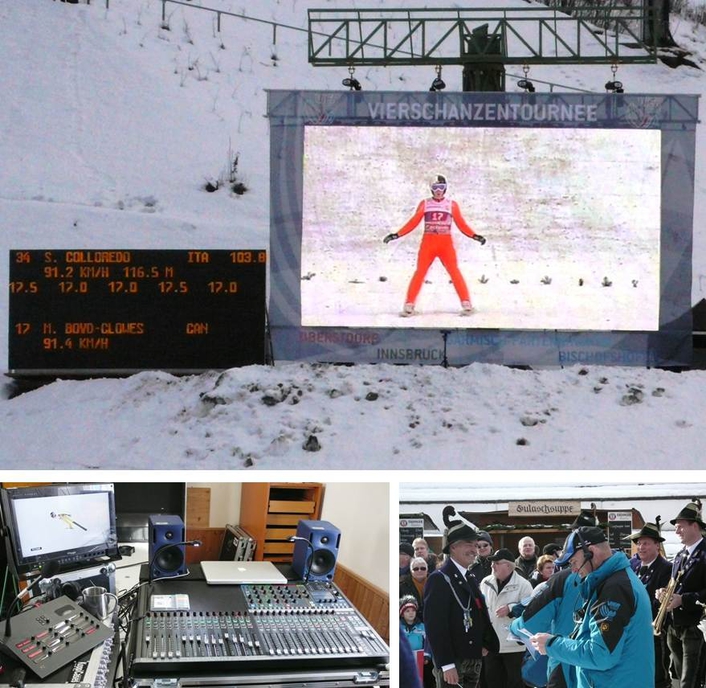 The 15.000 spectators enjoyed the event at temperatures above the freezing point and no winds. The ski jumping family is now heading towards Innsbruck where the next event will be commencing on Wednesday followed by the closing event in Bischofshofen on Friday 6 January. In the 4-Hills ranking Schlierenzauer is already far ahead of the competition. With 557.8 points he leads ahead of Kofler (535.6 points). Ito (532.3 points) is third, followed by Morgenstern (532.2 points) and Freund (526.2 points).