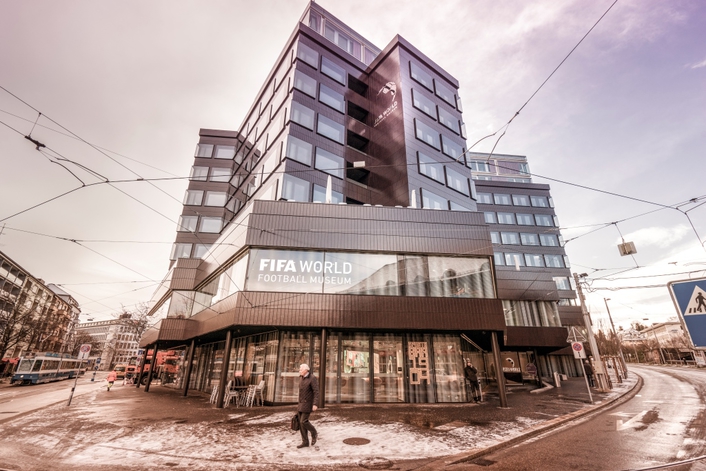 Following an intensive test phase and an open day for the media, the FIFA World Football Museum will open its doors to the general public at 12 noon on Sunday, 28 February. “From 10 o’clock, we will have a small, low-key ceremony for some invited guests,” says Stefan Jost, Managing Director of the museum. “Visitors will then be very welcome from noon onwards.”

The symbolic laying of the FIFA World Football Museum’s foundation stone actually took place as long ago as April 2013, with construction approval following a year later. The museum, which covers an area of approximately 3,000m2, offers a unique, interactive world of experiences with more than 1,000 objects, 1,480 pictures and 500 videos telling the captivating story of international football and the FIFA World Cup™. 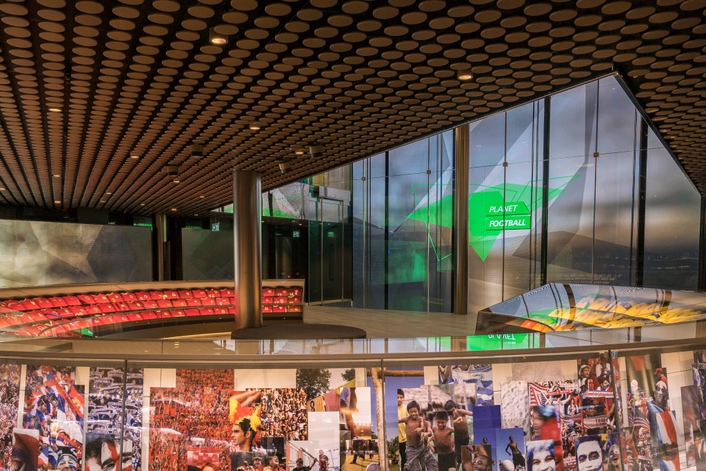 “We are delighted that we are now ready to open. The museum has something for people of all ages. Visitors can expect a unique mix consisting of stories documenting the fascinating history of international football as well as interactive stations,” says Jost. “We want to bring people closer to football and make the museum a vibrant meeting place for all football and sports fans. We have no doubt that, with the World Football Museum, we have created another must-see for tourists in the city of Zurich.” One of the main attractions will be the unique pinball machine, the biggest such feature in the world on which fans, both young and old alike, will be able to put their football skills to the test. 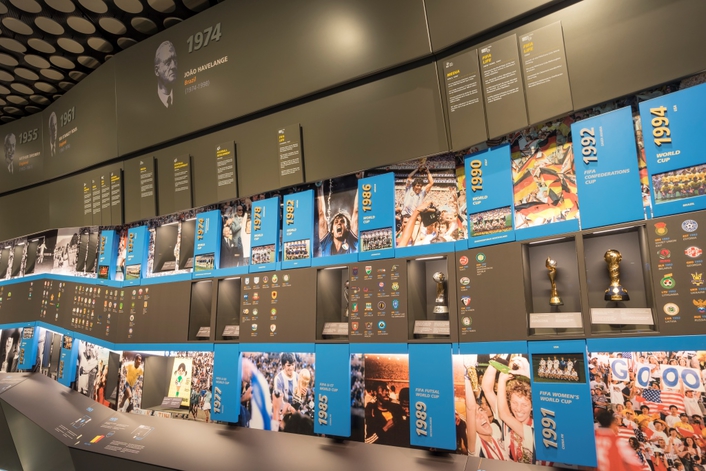 The media day on 24 February was attended by over 130 media representatives from all around the world. There was a surprise in store for them too, as two-time FIFA World Cup™ champion Cafú (1994, 2002) was on hand to present the FIFA World Cup Trophy to the museum, with two-time FIFA Women’s World Cup™ winner Renate Lingor (2003, 2007) doing likewise with the FIFA Women’s World Cup Trophy. 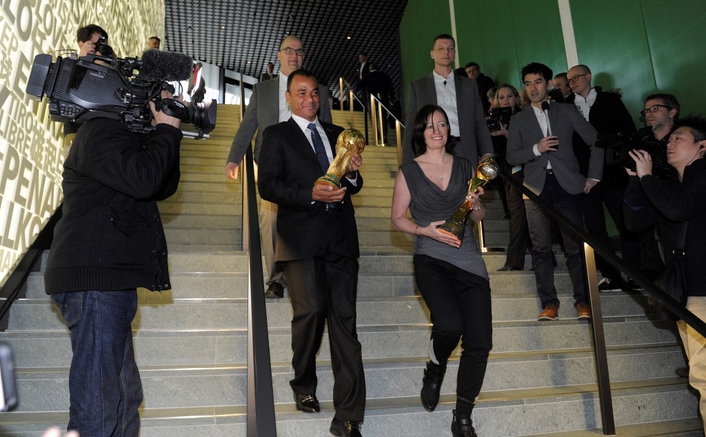 “We are very proud that these two trophies, probably the most important team-sport trophies, have now found a new home in our museum,” continues Jost. “They will be a magnet for every single one of our visitors.” 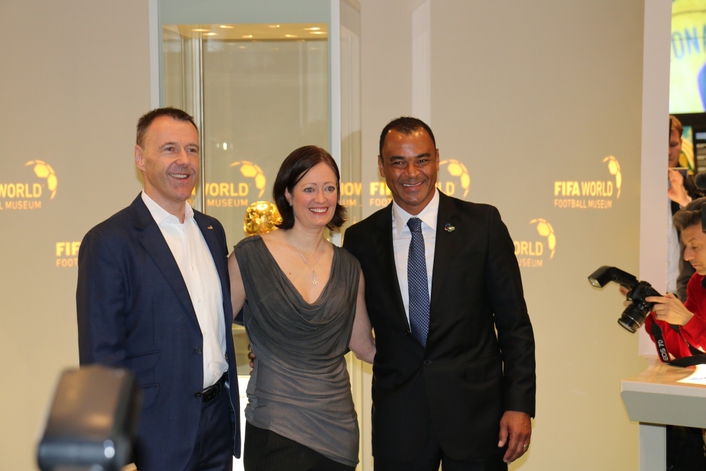 FIFA has invested a total of CHF 140 million in the renovation and reconstruction of the “Haus zur Enge” building, with the museum itself accounting for around CHF 30 million of that outlay. FIFA has signed a rental contract with the owners of the building until 2055.

“We are so much more than just a museum,” stresses Jost. “We have a wide range of dining options as well as a library and a research centre. Our seminar and events areas will also be used to host fascinating debates.” The sports bar, the bistro and the café are open to the public and accessible without a museum entry ticket. The library, with more than 4,000 books and six workstations, is also open to the public at no charge. 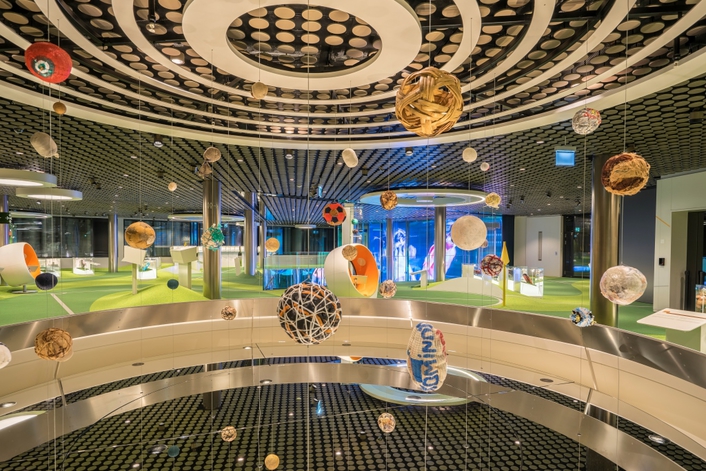 FIFA is creating the FIFA World Football Museum to celebrate the rich heritage of football and to show how the game continues to connect and inspire the world.

The start of construction was in May 2014 and ended in December 2015, resulting in 20 months construction time in total. The opening is on 28th February 2016.

There are about 3000 square meters of exhibition space covering 3 floors.

There also are about 1500 square meters of public space including a Merchandising Shop, a Sports Bar, the Museum Bistro-Cafeteria and a Library with over 4000 football related publications.

The upper floors of the building houses offices for about 140 workstations as well as 34 rental apartments. 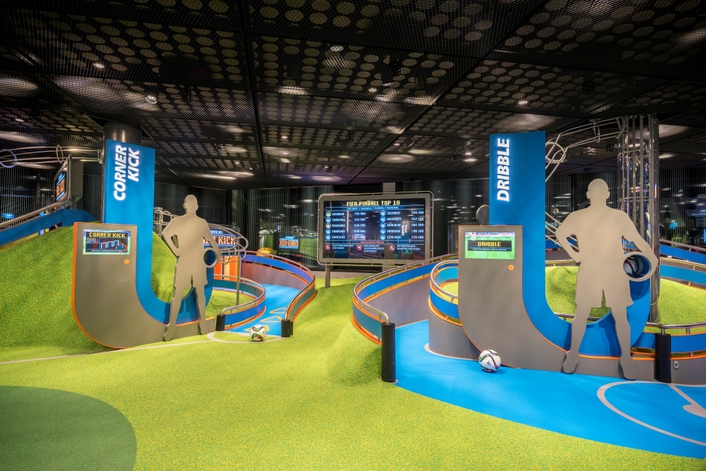 The Museum Exhibition shows more than 1000 exhibits in an interactive, multimedia world of experiences with 15 interactive stations and over 60 screens.

The FIFA Museum’s Main Hall on the ground floor, called Planet Football and extends a warm welcome to its visitors. The Rainbow displays the national jerseys of all FIFA members as well as iconic football objects. Also on the ground floor The Timeline tells the story of the modern game in a brushstroke and how FIFA has helped develop football globally since 1904.

The final of the 3 floors of the FIFA World Football Museum is named “Fields of Play”. Located on the first floor of the building, it illustrates the influence of the game on people, arts and culture and reveals how it both inspires and entertains. One of the highlights of this floor will be the Game corner and the newly created giant Pinball machine. 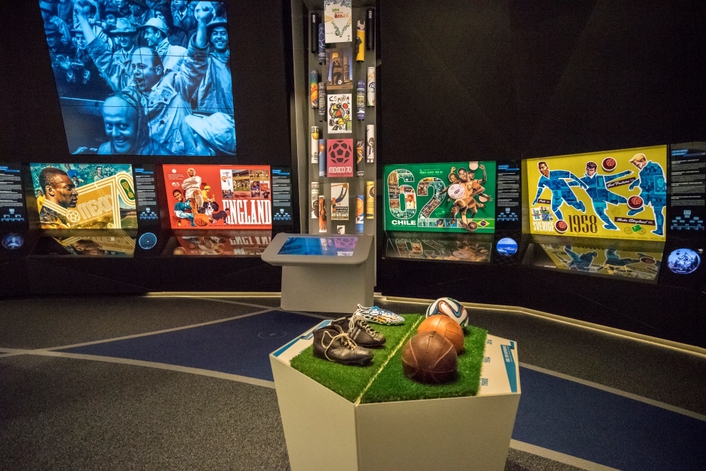 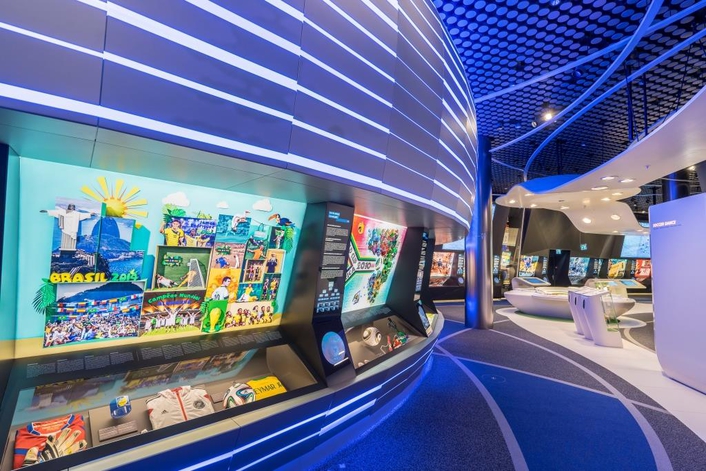