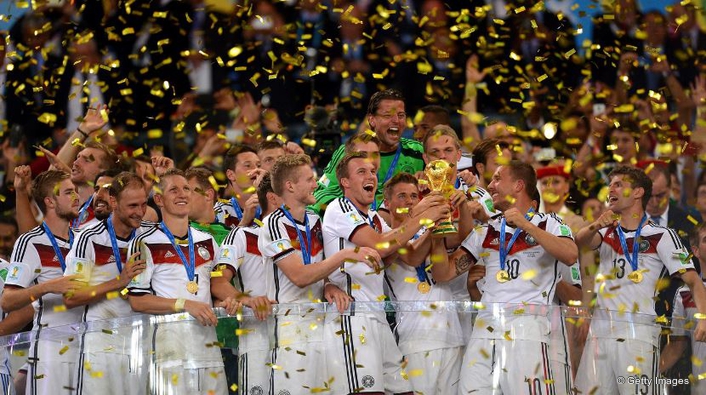 The group matches had already set new TV records in a number of markets, from Belgium to the US. Sales of television advertising and subscriptions have also benefitted. And records continued to tumble on screen as well as on the pitch throughout the knock out stages, with new records set for the most-watched TV programme in Germany, Belgium and other countries.

Broadcasters have also been quick to grasp the opportunities provided by online distribution. Germany’s extraordinary semi-final victory over Brazil was watched online by a record 8.4 million fans across Europe and the Middle East including 2.35 million visitors on mobile platforms operated by broadcasters. And viewer engagement was up, with the same match generating a new record for any sports event of over 35m tweets.

The fully audited global figures for Sunday’s match will not be known for some time but broadcasters are already optimistic that the numbers may approach or even surpass the 909 million who watched the Spain v Netherlands final in 2010. 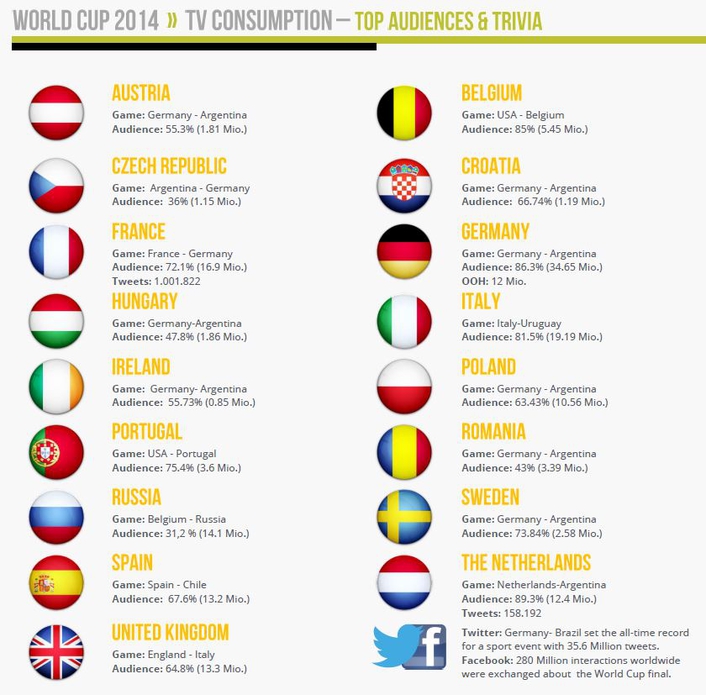 Top TV viewing figures for the final phase of the FIFA World Cup 2014:
-    Germany: an all-time-high audience of 41.89 million viewers tuned in to watch their national team win the World Cup (86.3% share). An online survey conducted on early Sunday evening suggested that an additional 12 million Germans cheered the game in a public space. Belgium: the TV viewing record set during the match against South Korea was broken during the Red Devils’ win over the US team. It became the most watched football match in the history of Belgian television with 5.5 million viewers (85% TV audience).

-    The Netherlands: the semi-final against Argentina has set a new record of 12.4 million viewers including out-of-home viewing (89.3% share). The game triggered 158,192 tweets. 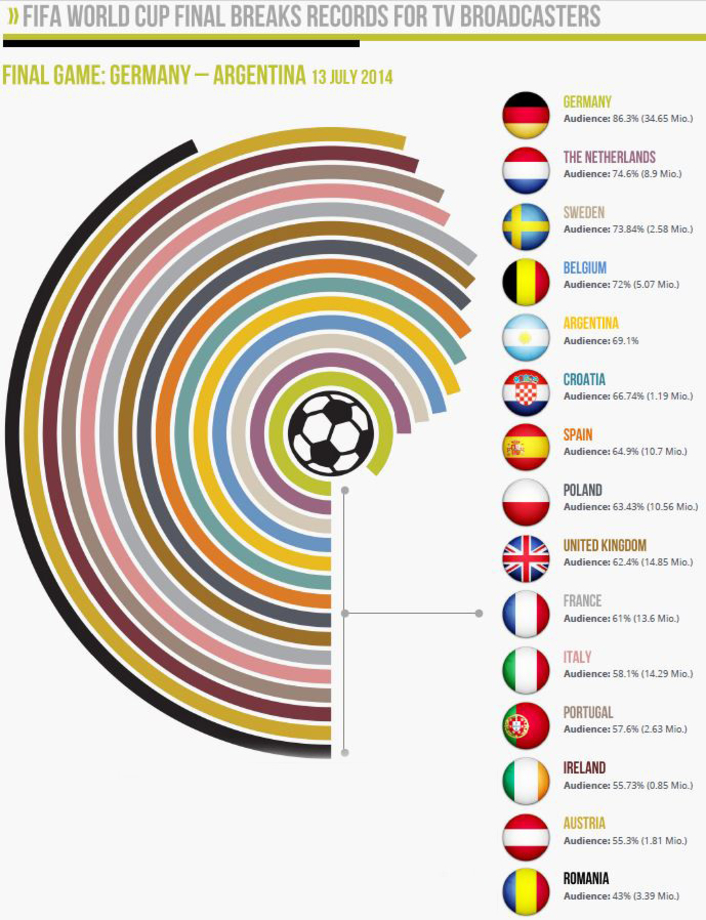 -    Portugal: the match against the US attracted 3.6 million viewers (75.4% share). It was the second most viewed broadcast in Portugal since March 2012.

-    Austria: whereas Brazil’s defeat by Germany was watched by 1.36 million viewers (52% audience share), the final game reached a record audience of 1.81 million viewers (55.3% making it the highest rated football in Austria since the Euro 2008.

-    Ireland: the final scored a TV audience of 857,000 people (55.73% share) and the total world cup triggered 2.5 million online streams. Looking specifically at adults 15-34, the final also ranks as the number one programme this year to-date across all channels.

-    Romania: the highest TV audience share for this World Cup was reported for the final match: 43%.

-    The US: Netherlands vs. Argentina match ranks as the highest-rated and most-viewed World Cup semi-final match ever on any U.S. network with 6.8 million viewers.

-    Argentina: 63.7% of the Argentinian TV audience watched their national team being defeated by Germany in the finals.