Farewell from FIFA TV and HBS 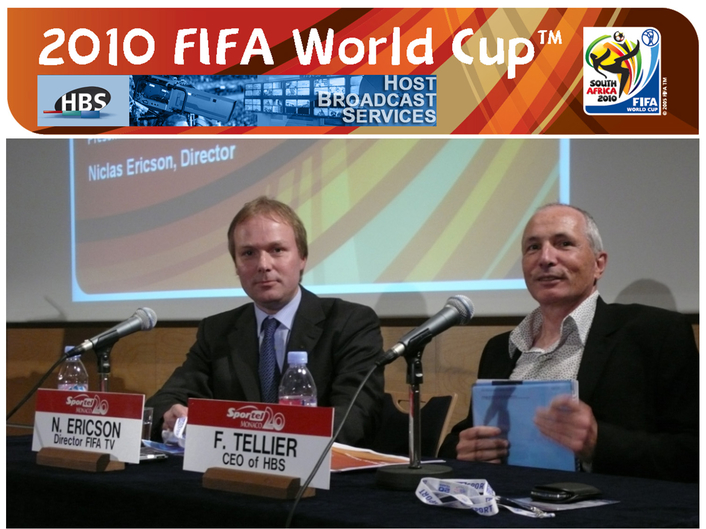 Niclas Ericson and Francis Tellier delivered on what they promised at SPORTELMonaco 2009
As the 2010 FIFA World Cup™ draws to a close, FIFA TV and HBS would like to reflect on the successful delivery of Africa’s first FIFA World Cup™. “It has been a tremendous experience in South Africa for all of us at FIFA TV,” begins Niclas Ericson, FIFA TV Director. “We would like to extend our thanks to all of you in the broadcast com­munity for making this event such a resounding success around the world through your coverage. For our part, we endeavoured to offer you coverage with more content, more emotions, more depth and richness than ever before at a FIFA World Cup™. We hope we succeeded in this. “

“Our sincerest thanks to South Africa for a truly great organisa­tion and hospitality,” continues Niclas. “This historic FIFA World Cup™ may be leaving Africa’s shores come the final whistle, but it will be remembered fondly for many generations to come.”

“The success of the event has largely been down to the culmi­nation of four years’ close cooperation between FIFA, HBS and the LOC,” adds Francis Tellier, CEO of HBS. “We are particularly proud of the ‘best-ever’ footage and the various innovations im­plemented for the event. The quality of the services delivered to broadcasters has been almost flawless, the additional non-match related content has been used extensively by broadcasters and the 3D production, produced by HBS on behalf of FIFA and Sony, has proved a huge success, which we are particularly proud of.”

“The feedback received from the FIFA family regarding the cov­erage has been very positive,” adds Niclas, “both regarding the multilateral coverage produced and the MRLs’ own broadcasts.” “Enjoy what will surely be a great Final tonight,” concludes Ni­clas, “and for those travelling – have a safe trip back home.” The start of the 2014 FIFA World Cup™ is some 1,432 days away. 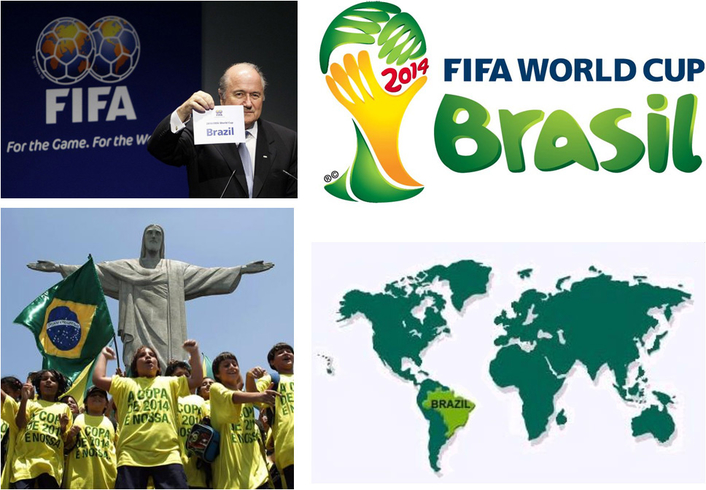 7,871 km - Distance from Johannesburg, home of the Final of the 2010 FIFA World Cup™, to Brasilia, capital of Brazil

As one adventure ends for South Africa another begins for Brazil, with the South American country starting the journey towards host­ing the 2014 FIFA World Cup™. One of the first steps in the build-up to the 20th FIFA World Cup™ was the unveiling of the official tournament logo at the Sandton Convention Centre in Johannesburg on 8 July.

Named ‘Inspiration’, the graphic was designed by Brazilian agency Africa and depicts three hands forming the iconic shape of the FIFA World Cup™ Trophy while the yellow and green colours symbolise the flag of Brazil.

The South American nation will be hosting the FIFA World Cup™ for a second time – the last occasion being in 1950 – meaning that they join Mexico and France as two-time hosts. It also means that, for the first time, the FIFA World Cup™ will be held in the southern hemisphere for two consecutive events. In total 12 cities will be used during the competition – Belo Horizonte, Brasilia, Cuiaba, Curitiba, Fortaleza, Manaus, Natal, Porto Alegre, Recife, Rio De Janeiro, Salvador and Sao Paulo.