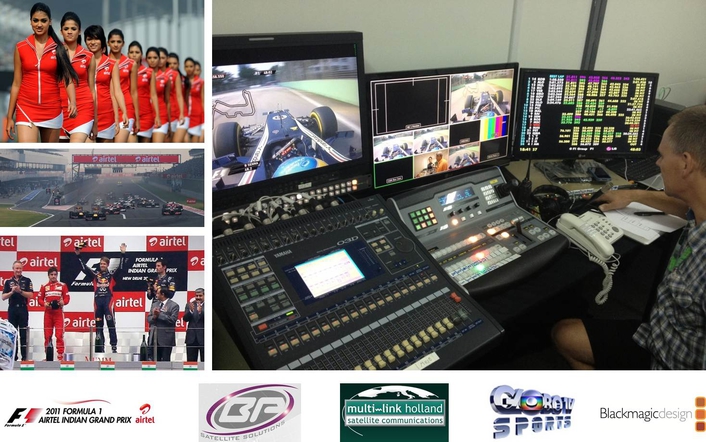 The Netherlands based company has built their RF camera solution around the Blackmagic Design Compact Videohub router and Videohub Smart Control router control panel. Five wireless camera feeds from the F1 Indian Grand Prix were delivered via the Riedel Fibre Network and recorded on several HyperDeck Studio SSD recorders. Capturing in ProRes, the HyperDeck Studios are then used for playback, and subsequent quality control after production.

For televising the Grand Prix, broadcasters such as TV Globo or RTL acquire the television feeds from rights holder Formula One Management (FOM) and subsequently package it up for transmission with the addition of race build up and commentary. The most basic output is a Mixed Master that includes footage from trackside, pitlane and helicopter cameras. That can be enhanced with the addition of further feeds including in car telemetry and extra on board cameras from FOM as well as race build up filmed by the broadcaster themselves. 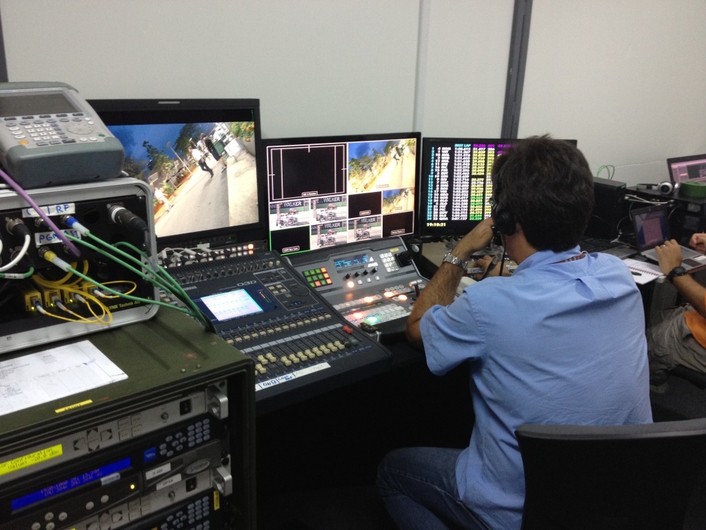 The final output from TV Globo was then sent via satellite, which is handled by Multilink Holland, the technical supplier for FOM and EBU for world wide video distribution, for transmission in Brazil.

According to Patrick Hendrik of BP Satellite Solutions: “Multilink Netherlands approached us earlier this year and asked us to recommend a solution for TV Globo. The brief was simple enough, it had to be compact and reliable. Our work on the Dakar Rally last year had shown just how reliable Blackmagic could be, even in the most extreme of environments. And so we had no hesitation in recommending Blackmagic for use by TV Globo.”