.
EVS, the leading provider of live video production systems, has delivered its latest instalment for Panorama’s live production workflow in time for the Sochi 2014 games. The Russian TV production company has undergone a huge technology overhaul in the last two years, with EVS at the heart of its workflow. EVS Sports solutions power its fleet of 12 HD OB vans and its multi-site Media Office. A total of 524 interconnected HD channels give Panorama one of the most advanced live production workflows to date.

Panorama (ANO Sports Broadcasting) began its mission to set up a modern broadcasting complex two years ago. In the first development phase in October 2011, EVS was selected to equip its new fleet of 12 OB units in a multi-million deal. EVS XT3 servers and IPDirector PAM suites power each of the trucks, enabling multi-cam ingest, playlist management and live slow motion and hyper slow motion replays. 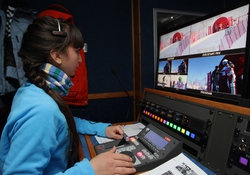 The most recent phase saw Panorama deploy EVS technology for the ingest, storage and playout of content at its Media Office. The multi-site production platform speeds up the creation of advanced highlights packages, provides media and metadata access to customers and produces content for the russiasport.ru website.

The production platform is composed of three clusters, Large Mobile Office (LMO), Small Mobile Office (SMO), both of which can be deployed at venues or IBCs anywhere in the world and are used for ingest, editing and playout. The third part, Moscow Logging System (MSC), is used for logging and remote editing and always based in Moscow. The Media Office is equipped with IPWeb, which means anyone connected to the web can browse content stored on the LMO’s nearline storage. By enabling remote browsing, it’s possible for teams to search for media from a distance, making the workflow even more efficient.

“By putting EVS technology at the core of Panorama’s state-of-the-art facilities means we’ve given them a fully integrated live production workflow which will raise the standards in the Russian broadcast industry,” said Luc Doneux, evp EVS Sports. “This was a project on a massive scale, so having that connectivity between facilities gives the Panorama team easy and reliable access to media content.” 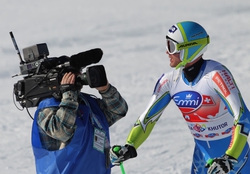 A significant portion of Panorama’s wide range of EVS Sports solutions have already been installed during The XXVII World Summer University Games in Kazan. The 56 XT3 live production servers for the OB fleet and a network of 19 XS studio production servers in the Media Office support over 500 HD channels that easily interconnect, creating a single giant network.

“Panorama has acquired the media rights for several high-profile sporting events, including the Sochi 2014 and Rio de Janeiro 2016 Olympic Games. Therefore, they needed a zero-fail workflow that can cope with even in the toughest of climates, where its speed and reliability never faltered; which is exactly what we can give them,” Doneux continued. 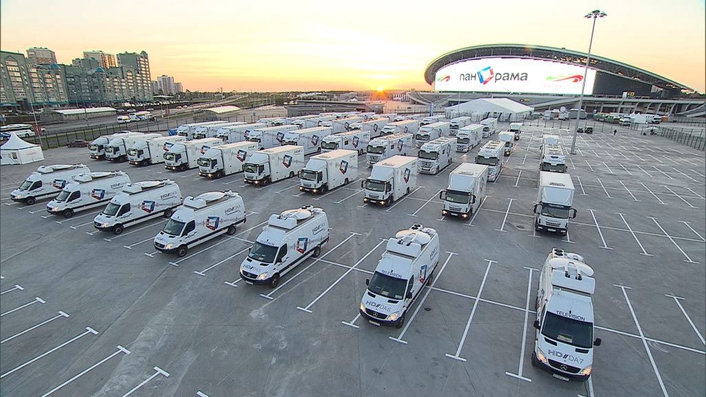 ·    IPDirector production asset management suite – for playout and integration with Octopus’ newsroom system, where users can browse content of the database thanks to the MOS ActiveX plugin, attach it to stories and create placeholders as well as receiving playout statuses back from IPDirector

·    IPBrowse application, which allows journalists and assistant producers to swiftly search for relevant material on the nearline storage from their desktop

·    IPWeb application, which enables anyone that is connected to the Web to browse content and associated metadata stored on the nearline storage

·    IPLink plug-in importer for the Final Cut Pro edit suites, which gives editors instant access and search capabilities to all media and metadata within the IPDirector PAM suites

All editing applications have direct access to streams coming from XS servers so editing can begin as soon as the ingest starts. 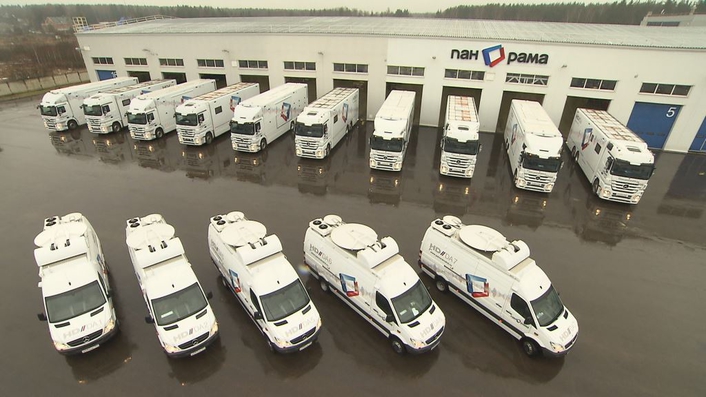