The performance will start 20 minutes before kick-off of the tournament's opening match between Poland and Greece. It will offer a fitting curtain-raiser to three weeks of a celebration of national team football in Poland and Ukraine.

The 12-minute show will combine heritage and innovation, to bring sport and culture together and mark the start of a historical event, the first UEFA European Football Championship to be staged in central and eastern Europe. It will also promote the participating nations together with key EURO values: unity, rivalry and passion.

Renowned Hungarian classical pianist Adam Gyorgy, who recently celebrated his 30th birthday with a sold out concert at New York City's Carnegie Hall, will perform a Chopin Étude in a minor (Op.25 Nr.11) as part of the ceremony, to bring the pure classical tradition of Chopin into a sport environment. Gyorgy is no stranger to football, being a major fan himself, and playing as part of his daily routine. He was previously involved with the Hungarian national futsal set-up.

The opening ceremony will include mass choreographies involving more than 800 volunteer performers, coming from as many as 63 countries around the world. More than 150 million live viewers are expected to watch the opening match and its ceremony.

UEFA.com to deliver unparalleled EURO coverage
UEFA has confirmed the official 23-player squad lists for UEFA EURO 2012 and all 16 are now available on UEFA.com as the tournament's official website gets into gear for next month.

The full lists are now available on UEFA.com, the official website for the final tournament in Poland and Ukraine

UEFA.com will deliver comprehensive coverage of the tournament to fans worldwide on a variety of platforms and in 12 languages. The site will be the ultimate online resource for live match coverage, official tournament news, player information, official statistics, video highlights, injury updates, and venue and travel information.

Among the innovative features for the final tournament, which kicks off on 8 June, are an improved customisable MatchCentre – including expert commentary, live photos, tweets, videos, polls, statistics, lineups and heat maps – and an exclusive player browser, allowing users to compare and contrast the 16 squads and consult editorial and data profiles of all 368 players.

The site will also feature the Tournament Map, the definitive in-depth, interactive guide to UEFA EURO 2012, allowing fans to chart a team's route to the final, watch exclusive video content and find out about the eight host cities.

It's all about you! UEFA.com intends to give a voice to fans with more opportunities than ever to get involved on the site as well as on Facebook, Foursquare, Google+, Twitter and YouTube. Interactive, inclusive and personalised, the website will adapt itself to the user's wishes by having a unique timeline highlighting the day's main events, by taking the tournament to fans on social media and by inviting everyone to contribute to UEFA's live coverage.

Users can connect, show their support, share event photos, tag themselves in match Fancams, play for their country and voice their opinion. Fans will also help set the site agenda by asking players and key figures their questions in the continuing #Ask feature that has already featured Xavi Hernández, Steve McManaman and Pierluigi Collina this year.

Video coverage during the event will include live match streaming coverage provided by the UEFA EURO 2012 Broadcast Partners and on-demand coverage of all 31 matches, live streaming of press conferences, free match highlights, and a daily video podcast, while news and interview coverage will also be offered on the official UEFA.com YouTube channel. 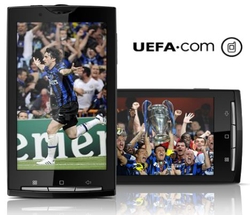 UEFA.com will likewise provide a comprehensive mobile service to allow fans to get all the latest information on the go, including the official UEFA EURO 2012 mobile app from UEFA and Orange, which is available free on eight mobile platforms including iOS, Android, Windows Phone, Blackberry, Bada, and Java, and a mobile-friendly site at m.uefa.com.

With reporters embedded at each of the team basecamps – working alongside the UEFA Host Broadcasting team – and an editorial team based in Warsaw, UEFA.com will be the place to be for live and news coverage, including daily player updates, team blogs, rolling daily live Continental match previews and live and comprehensive updates from the training camps.

Fans will also get the chance to play and win with McDonald's Fantasy Football and the Hyundai Predictor, vote for the Carlsberg Goal of the Day and Man of the Match, follow the race for the adidas Golden Boot, peruse a rich array of Castrol statistics and view, vote and share in the Canon Photos section.

UEFA.com and UEFA EURO 2012:
• Content is delivered for all UEFA digital/mobile platforms and publications in 12 languages. Over 160 journalists, correspondents, editors, photographers, coordinators, web producers, translators and interpreters are working across the eight host cities.

• The International Broadcast Centre (IBC) in Warsaw will be the main editorial, coordination and production hub, the central point of control for editorial content from all venues. Coordination will be carried out with UEFA Host Broadcasting and Information and Communication Technology (ICT) for hosting and live applications, including live streaming. 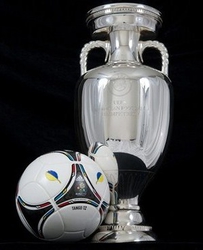 • The lead editorial team in Kyiv is responsible for press-kit production and final coverage.

• Polish and Ukrainian language sites were added in 2010 and are produced from Warsaw and Kyiv.

• The French, German, Italian, Portuguese, Russian and Spanish sites are managed from the IBC and produced and monitored at the respective agencies based in Lyon, Munich, Milan, Lisbon, Riga and Madrid. The Chinese, Japanese and Korean sites will be taking the finals to Asian markets.

• The live and replay video services are operated from production facilities in London and Turin.

• 24 reporters and 16 camera crews are following the 16 finalists to provide fans with the latest on-the-ground insights and data via text, video, audio and social media.

Camera Corps Gets Tactical for UEFA EURO 2012
Euro 2012 Analysis Package from RT Software
UEFA EURO 2012: ABC Produ...s are in for the 4th Time