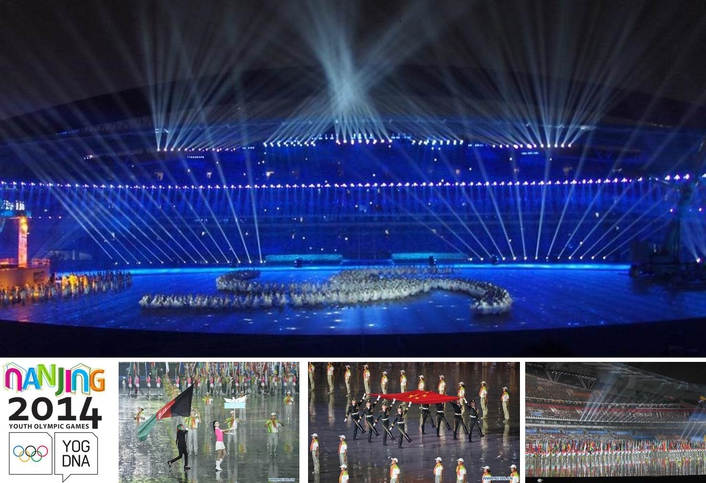 Held at the Nanjing Olympic Sports Center and televised around the globe, Sha Xiao Lan created a number of spectacular looks including one in which he placed 20 Platinum BX units in a huge scenic astronomical telescope, which illuminated the night sky and became an iconic element that stood out as one of the main highlights of the event. The Platinum BX combines new lamp technology from a Philips MSD Platinum 17RA 350W lamp with a new optical system to power out over 15,000 lumens along a tight 2.5 degree beam. The dense, long throw beam makes for a spectacular mid-air look. Put 20 of them together and the result—as Sha Xiao Lan displayed—is out of this world. 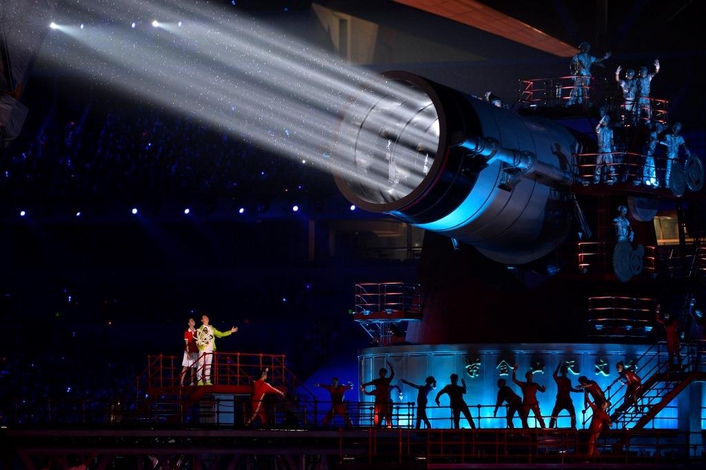 Positioned throughout the stadium and used to light the huge performance area was the new  Platinum SBX, a 3-in-1 luminaire that powers out 20,000 lumens and has versatile use as a beam, spot, or wash fixture. Combining hard-edge, mid-air effects and a wash field in one luminaire allow it to play multiple roles. Also housing the Philips MSD Platinum 17RA 350W lamp and new optics, the Platinum SBX includes a zoom that allows it to adjust from a tight beam to a radiant wash, along with an abundance of color and gobo projection possibilities. 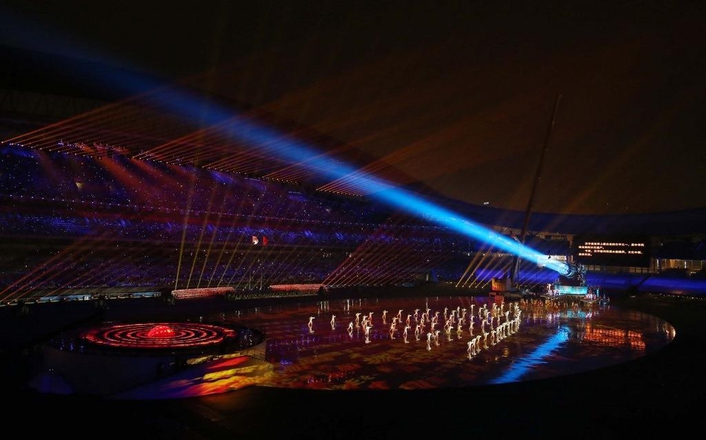