DTM on TV and Mobile Devices 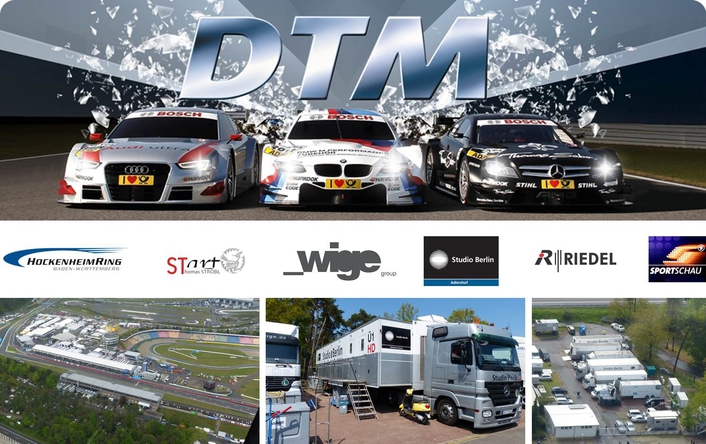 .
The DTM thrill – millions of motorsport fans are again experiencing the captivating races this season as closely as if they were personally at the race track watching the events live: The DTM is available around the world by app, TV or web streaming. In 2013 fans will be in direct touch with the DTM on more than 90 TV channels.

The battle for the DTM title win in 2013 is again being presented to the German motorsport fans live and exclusively on “Das Erste”, however Sky Sports broadcasts the highlights of the most popular international touring car series in Great Britain. Together with FOX Sports in Australia and RDS in Canada 13 million new viewers alone will be reached on three continents. Also in Europe the DTM fans can enjoy live pictures of their favorite racing series as well: ORF Sport (Austria), RTL 7 (Netherlands), Auto Plus (Russia) and ESPN (UK) air live coverage of the spectacular races. 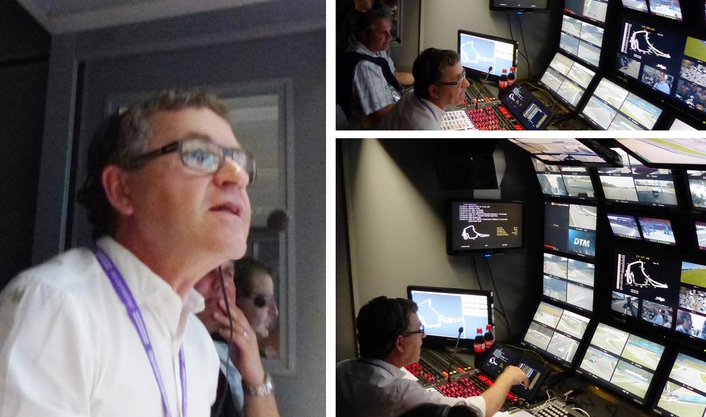 The first DTM race of the season provided motorsport action with numerous overtaking maneuvers, position changes and surprises. The 22 strong field thrilled the spectators on the grandstands. The buoyant winner after 42 laps and 192.108 kilometers was Brazilian Augusto Farfus with his BMW M3 DTM. He was the first to take the chequered flag from his fellow BMW driver Dirk Werner and Christian Vietoris (Mercedes-Benz). And all the action was covered by 51 cameras around the Hockenheim Ring. 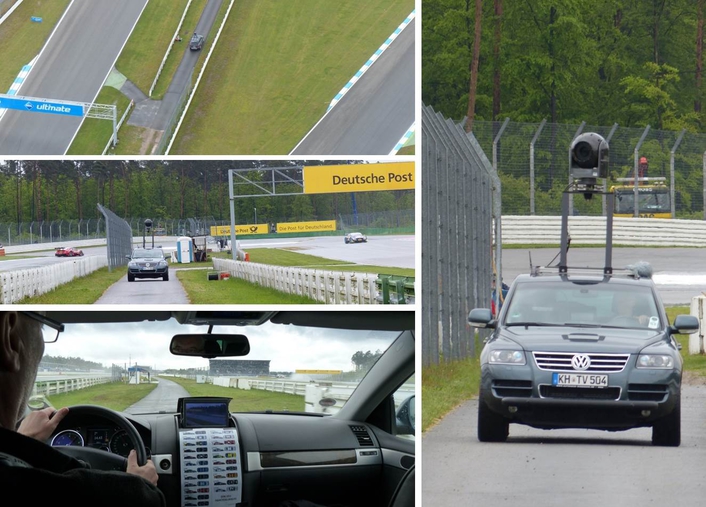 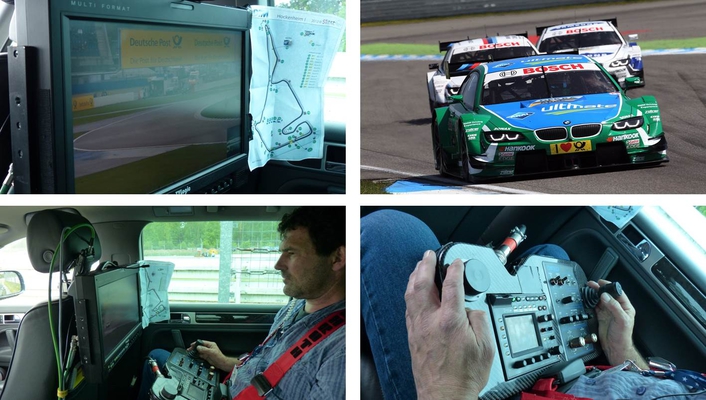 TV director Thomas Strobl and his team created the live signal from all the 51 camera feeds. The set-up was including a brand new camera position: A CineFlex with a Sony HDC-1500 was mounted on top of a Tuareg capturing the race cars by speeding up together with them at the "Spitzkehre". 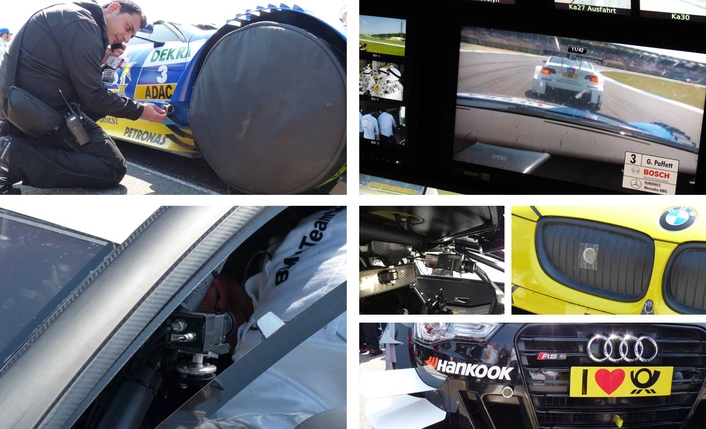 Cunima Cameras mounted on various postions on the race cars 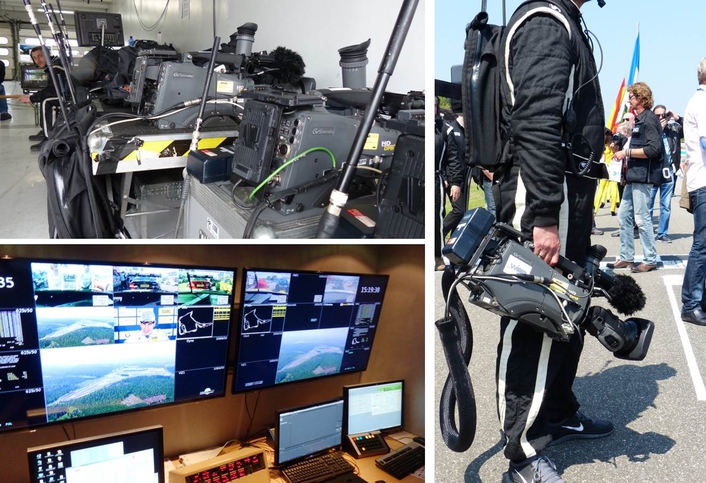 Six of the DTM race cars were equipped with wireless Cunima cameras. These in-board cameras are showing viewers the action from the driver’s perspective and convey the entire fascination of a DTM race. Another five wireless Grass Valley LDK-8000 cameras were operated at the start/finish area delivering stunning images directly from the grid and the pit lane. Three SuperSloMo cameras showed the fight between the drivers and the performance of their cars on the race track in every detail, while two cameras (each on a 40m high "Steiger") together with the HeliCam (another CineFlex with an HDC-1500) delivered a more total view of the action. Not to forget the two 15m crane cameras following the racers in their performances in two of the eleven spectacular curves. 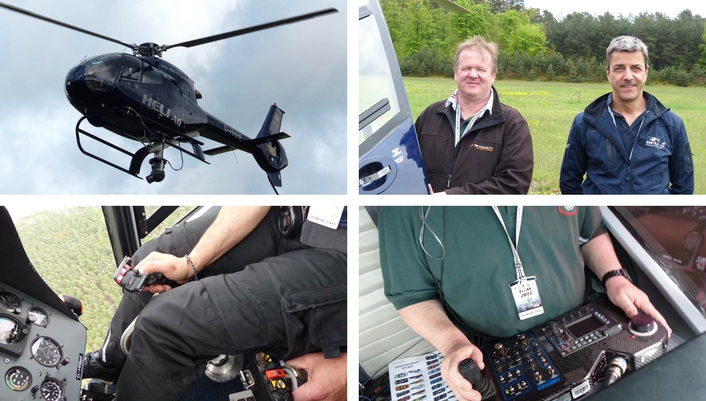 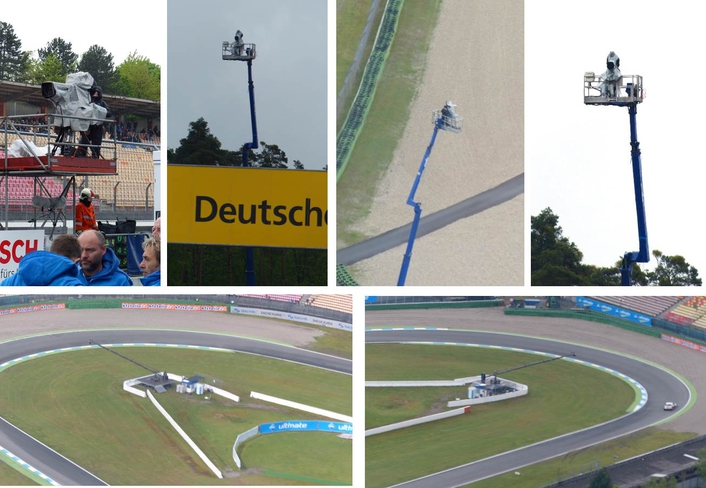 Variuos Camera Positions on "Steiger" and on Cranes

For more than a decade _wige as the media partner has been contributing to the high visibility of the DTM brand. With its three corporate divisions, VISION, CREATION and LIVE, the _wige group covers a wide ranging portfolio of media services for the DTM. In addition to footage production and preparation of editorial content, the company is also responsible for the event technology used at the DTM weekends and global distribution of racing footage to TV channels. 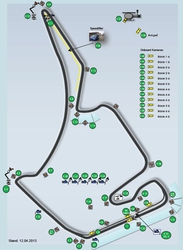 In particular _wige group is tasked by DTM with the following eight jobs
• TV Production (_wige group is hiring the necessary HD OBVans from Studio Berlin Adlershof)
• Wireless On-Board Technology (in close cooperation with DTM, TV director Thomas Stobl has developed and implemented nine camera positions in each of the identical monocoques of the DTM racing cars. This allows to easily implementing the wireless cameras in various cars in various positions during the ten events)
• Special Camera Systems like Helicam, Speedlifter, „Steiger“, cranes, etc.
• TV Editorials (_wige group has to deliver the world feed, the EBIF signal, a 5-10min news edit and a 55min high-light package for each of the ten DTM events/year)
• Fan TV Program to be received by spectators throughout the ten event complexes
• Event Technology like PA (except the LED Screens which are ordered by DTM directly from Faber Audiovisual)
• Provision of Race Timing
• Provision of TV Graphics

With around 150 people, 33 kilometers of cable, the already mentioned ~50 cameras and numerous production vehicles the _wige team is in close touch with the DTM to professionally capture the racing spectacle for millions of viewers. 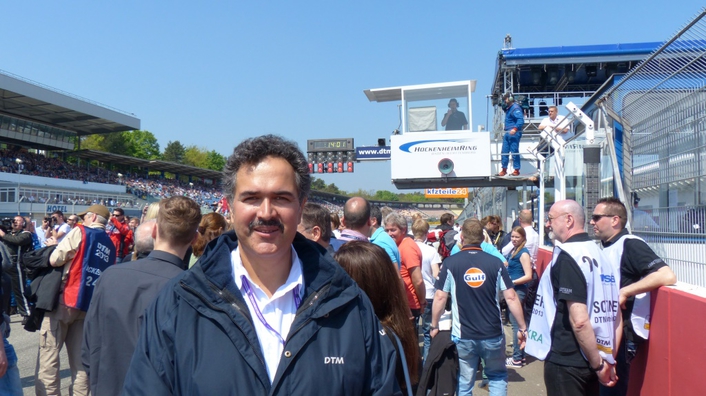 The split of the whole TV production process into the eight modules was developed by Alexander Wächter, Technical Head and Advisor at ITR (Internationale Tourenwagen-Rennen e.V.) The ITR is the organizer and rights holder of the DTM.

For all the communication purposes Riedel plays a key role for DTM: the intercom between race control, the marshals, security and the teams is provided by Riedel. An Artist matrix with 2x 128 x 128 and 8x 32 x 32 modules is doing the job. This gives enough capacity to also include the communication of the eleven teams. 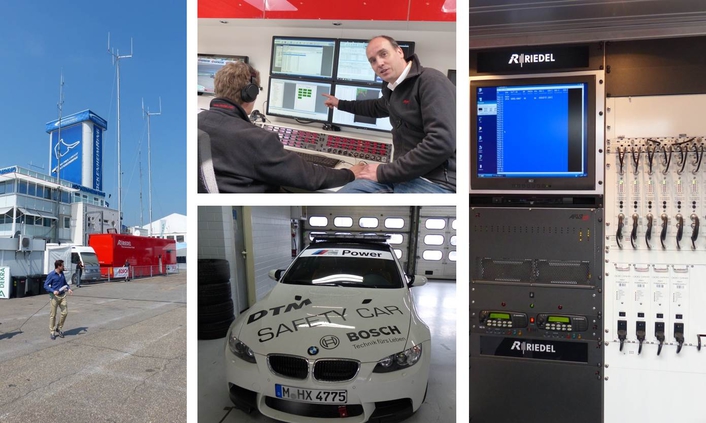 Thomas Riedel, CEO of Riedel, explains the Communication Services his company is providing for DTM

They are all running on the same Artist hardware, however they a virtually disconnected to guarantee the communication of the teams stays within the teams. Via the “Juggler” interface Riedel has connected TETRA (digital radio) with the Artist matrix to guarantee the communication with the drivers in the race cars, the safety cars and the medical cars. Because the fully digital TETRA system works encrypted the teams can’t listen to the conversation of the other teams.

The DTM has long adapted to the digital age. DTM offers its fans added value on a wide range of channels. The official website www.dtm.com covers the gamut of fans’ wishes. There are daily news and comprehensive information on the drivers, teams, vehicles and manufacturers - the statistics section is updated continually. 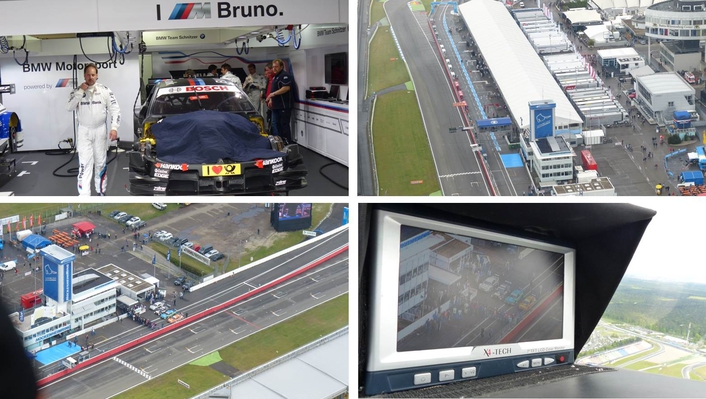 A practical innovation is the integration of DTM.tv on www.dtm.com. With that, motorsport fans can now find all the information including extensive video footage on a central platform and from many of the texts the fans can directly access the corresponding videos. Since 2008 DTM.tv has been airing films and reports about the DTM that feature a lot of variety. 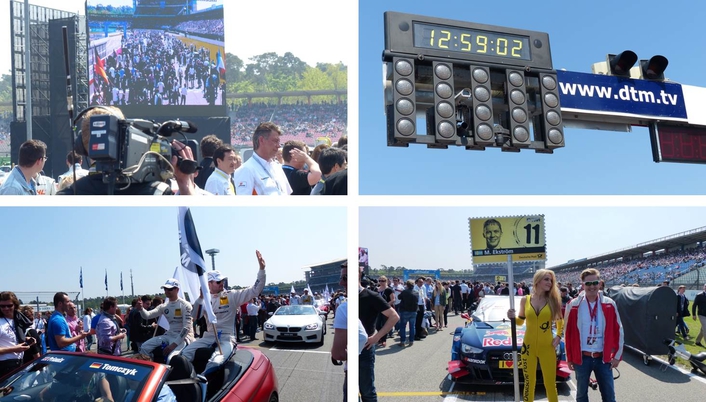 Telephones are a thing of the past – now smartphones and tablet PCs are in.  facebook.com/DTM is being followed by more than 113,000 fans. The official DTM app is available for downloading for iPhone, iPad from iTunes and Android smartphone and Android tablets from related Android stores. The app’s highlight is the live area with live timing, live streaming and a live ticker.

As usual, the DTM calendar comprises 10 races. Six of the DTM events will be held in Germany: traditionally, the Hockenheimring Baden-Württemberg is the venue of both the season kick-off and the season finale. And with the races at the Lausitzring, Nuremberg’s Norisring, the Nürburgring and the etropolis Motorsport Arena Oschersleben, DTM makes stops in the north, east, south and west of the country. When it comes to the abroad races, the tradition-rich British circuit of Brands Hatch, Austria’s Red Bull Ring located at Spielberg and the Dutch Circuit Park Zandvoort have been constants on the DTM calendar for many years. And in addition, the touring-car series will make its maiden appearance in Russia: in early August, the Moscow Raceway will stage the sixth round of the 2013 DTM season. 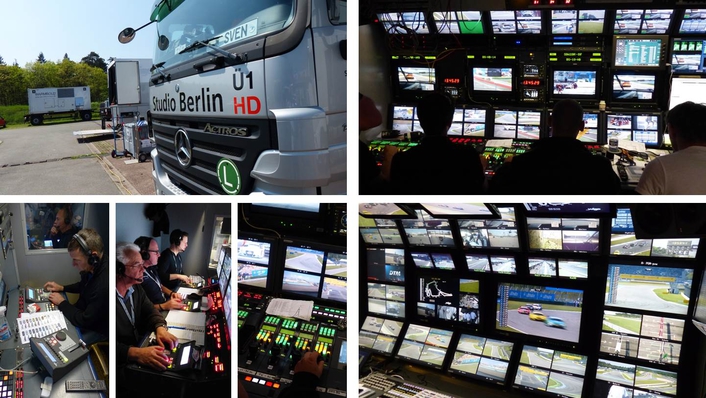 The next race will be staged at the tradition-rich British circuit of Brands Hatch on 19 May 2013.