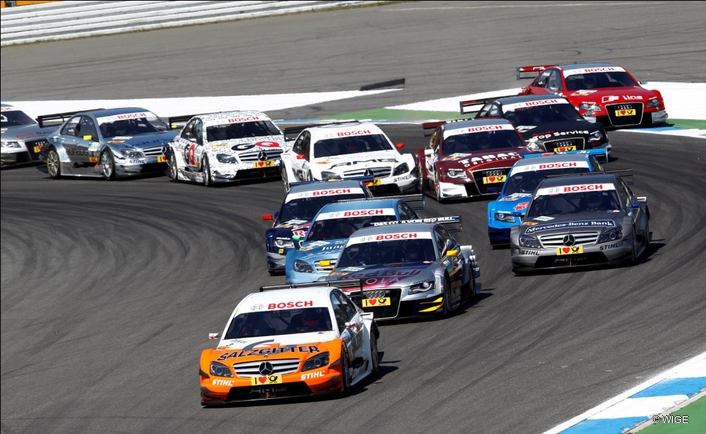 DTM kicked off its 2010 season at Hockenheim Ring – an event that could be viewed live all over the world in more countries than ever before. For the first time in its history, the most popular international touring-car series is covered live in more than 100 countries. This year, the races also can be viewed live in Spain, Switzerland and the USA.

Strong development in the past five years

In 2009, the international DTM TV coverage amounted to a total of 4,047 hours, representing an increase of 884 hours compared to the previous year. And taking a look at the impressive development over the past five years, you will realize that the overall broadcasting time by DTM partner WIGE Int’l TV-Marketing GmbH was increased by nearly 100 percent. The impressive 825 hours of live coverage represent an increase of more than 59 percent compared to the 518 hours in2005. In that year, DTM was covered live in 34 countries while the number of nations covering DTM live in 2009 amounted to 87. 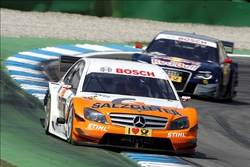 For many years now, the DTM enthusiasts in nearly every European nation could follow the DTM action live on TV. And in 2010, some of the last gaps on the European map could be filled. A particularly pleasant fact: thanks to the involvement of Audi’s new DTM signing Miguel Molina, the TV presence in Spain could be reincreased. Furthermore, DTM also gained new live-coverage TV partners for the 2010 season in Switzerland (Schweizer Sport Fernsehen) and the Netherlands (TheCar Channel). Internationally, the outstanding cooperation with TV partners in Africa, South and Central America as well as the Middle East will be continued and in addition, DTM also will be covered live by new TV partners in China and the USA.

For the second consecutive year, the renowned British motor-.racing expert Andrew Marriott is going to comment the DTM races in English live and on site. The European motor-racing enthusiasts know his voice well, inter alia because of the motor-sport coverage on Sky Sports and Speed Channel. Marriott has been commenting the highlights of every single DTM round since 2001 and therefore, he is a true DTM professional. His exciting comment ensures that the stations in the UK, the USA and Asia as well South and Central America will be provided with an authentic and vivid coverage.

News and highlights in 175 countries 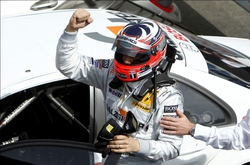 When the race weekend is just over, the results of the DTM round already are globally distributed by the news agencies SNTV and EBU. The most important and most spectacular pictures as well as interviews are available to the news desks in 175 countries for free just 90 minutes after the race and therefore can be viewed by more than half a billion people. And just as it was the case in the past, even those motor-racing enthusiasts who have missed a round of the 2010 DTM season haven’t to do without an extensive DTM coverage. After all, DTM highlights are broadcasted in more than 100 countries worldwide – inter alia by numerous TV stations in Europe, Australia and the Middle East. And thanks to the extension of the cooperation with TV partner ESPN, the highlights now also can be viewed in major parts of Africa. In Germany, ARD covers the DTM qualifying sessions from 13:30hrs and the race coverage begins on the respective Sunday at 13:45hrs.