League-Wide TRACAB™ Deployment Boosts Coaches' Ability to Analyze Player Performance/Game Strategy and Enhances Fans' Experience
Svensk Elitfotboll (SEF), the governing body of the Swedish premier football league Allsvenskan, has launched a league-wide rollout of sophisticated player tracking technology driven by ChyronHego's TRACAB™. By the start of the 2015 season in March, fixed TRACAB installations will be installed at all arenas in Allsvenskan — giving the league powerful new capabilities for capturing ball and player positional data in true real time and at centimeter-level granularity.

TRACAB is a cornerstone in SEF's "connected stadium" program to install powerful wireless networks and technologies in all arenas and provide richer data to coaches and other league personnel as well as Allsvenskan fans. TRACAB uses advanced patented image processing technology to identify the position and speed of all moving objects within each football arena. At 25 times per second, the system generates live, highly accurate X, Y, and Z coordinates for every viewable object, including players, referees, and even the ball. The data provide valuable insight for coaches to evaluate player performance and track metrics such as distance run, speeds, stamina, team formations, and more. In addition, the TRACAB data will be used to enhance live television coverage of matches with "instant virtual replays" as well as enriching fans' experience through second-screen applications and streaming to arena video walls. 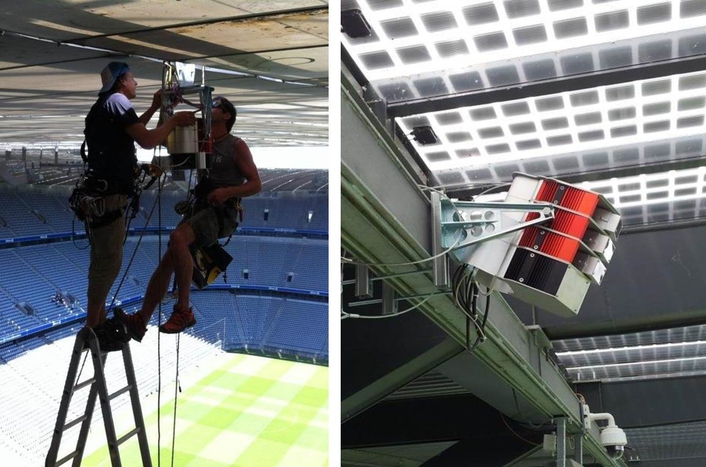 "ChyronHego's TRACAB player tracking technology is a cornerstone in our objective to be the most digital and connected football league in Europe," said Lars-Christer Olsson, chairman of SEF. "After almost a decade of development, the TRACAB Player Tracking system has matured to become the defining standard in live sports tracking and undoubtedly the world's leading system in this field."

In addition to SEF, TRACAB is installed in over 125 arenas and is used in more than 2,000 matches per year by the English Premier League, German Bundesliga, Spanish La Liga, and many more sports federations around the world.

"SEF's investment in TRACAB is a milestone for ChyronHego and yet another strong validation of our technology," said Johan Apel, CEO and president, ChyronHego. "Coaches and sporting leagues in every market are seeing the value of real-time player tracking data for enhancing team performance and also providing content for second- and third-screen applications. This is driving a real groundswell of demand for the type of unbiased and accurate data and metrics that only TRACAB can provide."