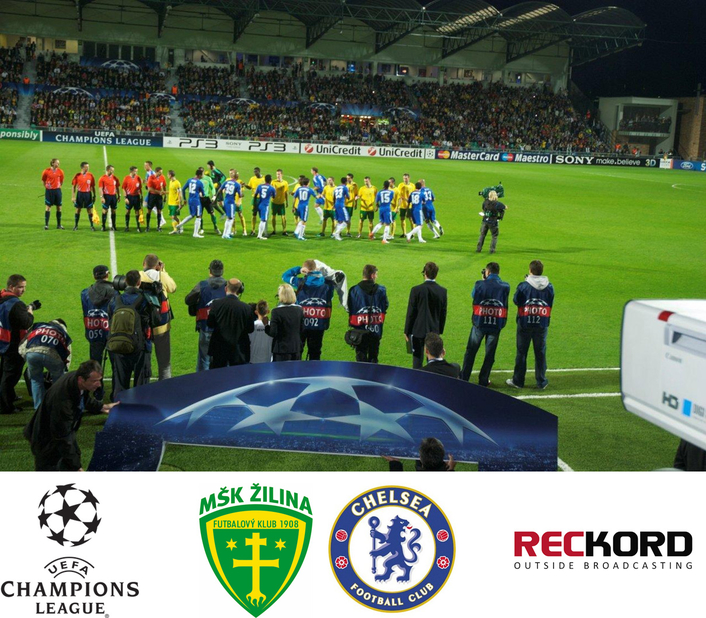 On 15th September Chelsea cruised through their opening Champions League fixture with a demolition of MSK Zilina in Group F
The tie was all but over in the opening half with two goals from Nicolas Anelka and another from Michael Essien. Daniel Sturridge added a fourth early in the second-half before Tomas Oravec scored a consolation goal for the home side.

Reckord’s HD 5 was on side when Chelsea FC enjoyed a seamless return to the European stage with a comfortable 4-1 UEFA Champions League Group F victory at MŠK Žilina.

The hosts, making their debut in the competition proper, received a baptism of fire against the Premier League champions with goals from Michael Essien, Daniel Sturridge and a brace from Nicolas Anelka ensuring the away win. The Slovakian titleholders put in a spirited display, but ultimately Tomáš Oravec's second-half strike was a mere consolation.

Žilina seemed unfazed by their high-profile opponents early on, refusing to invite the visitors onto them and attempting themselves to snatch a surprise opener. However, the Blues took advantage of the resulting space in the 13th minute, Anelka squaring from the left for the onrushing Essien, who sent an unstoppable finish past Martin Dúbravka. 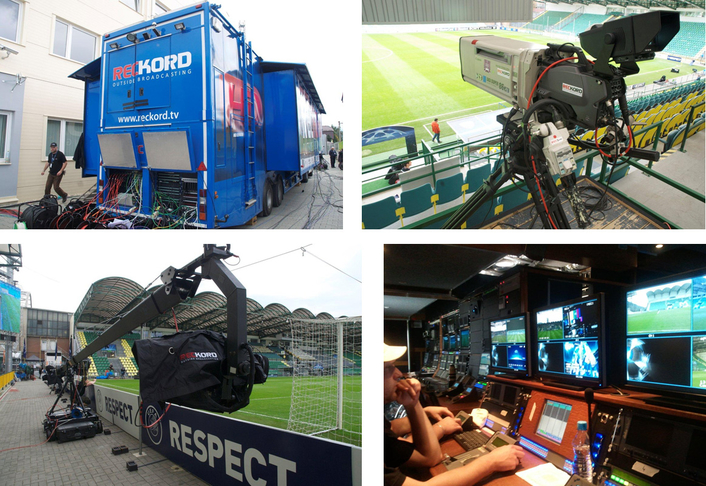 Undeterred, the home side stayed loyal to their attacking principles and Róbert Jež almost caught out Petr Čech with a low free-kick. Still, Pavel Hapal's team were punished when Anelka was again afforded too much room on the left, racing in to score through the legs of Dúbravka after being put clear by Florent Malouda. 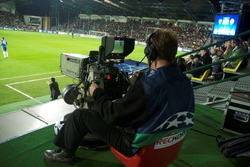 Chelsea looked to have decided things shortly before the half-hour, when Malouda's inswinging corner was headed onto the underside of the bar by John Terry, with Anelka on hand to stab home his second of the match. Daniel Sturridge might have added a fourth before the interval as Yuri Zhirkov found him in the centre, but the striker's shot was deflected wide thanks to a saving tackle by Mário Pečalka.

However, Sturridge required just three minutes of the second half to net his first UEFA Champions League goal, latching onto Yossi Benayoun's through ball before rounding the keeper and slotting into the unguarded net. 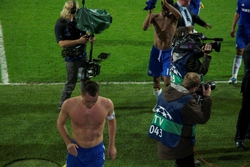 Despite the deficit, Žilina were inspired into their best spell of the game. The lively Admir Vladavić twice went close from distance, but the home fans' moment of joy arrived in between times. Čech failed to deal with a Jež cross from the right, Branislav Ivanović unwittingly headed towards his own net and Oravec slid in to make absolutely sure the ball crossed the line.

Žilina posed more questions of their guests with a quarter of an hour left as Ľubomír Guldan nodded narrowly wide, yet there would be no further reply and Chelsea played out the match with relative ease. Hapal's men can take positives from their maiden UEFA Champions League outing, but it is Chelsea who set the early Group F pace.