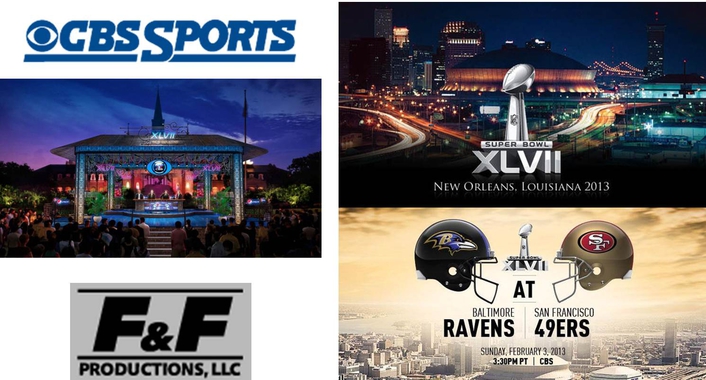 F&F Taps Ikegami Cameras for Super Bowl Pre-, Post-, and Halftime Demands
New Orleans is the center of attention for Super Bowl XLVII, with football’s championship contest more highly anticipated than ever before. CBS Sport says it will use up to 70 cameras to capture this Sunday’s 47th Super Bowl game in New Orleans, and six of them will be native 4K high frame-rate For-A FT-One cameras.

Viewers who tune in for the big game’s broadcast will see events unfold through the imagery of 26 Ikegami HDK-79EC Full Digital Native Multi-Format HD CMOS camera systems. The units will be used to circle the ground and cover the action from every angle. Additional ‘beauty cams’ will include aerial sky-cam units and robotic cameras on the roof of the adjacent Hyatt Hotel.

The Ikegami cameras will arrive via the advanced fleet of F&F Productions, a leading mobile production company. Equipped with its Ikegami HDK-79EC cameras, F&F’s GTX-16 mobile unit will be onsite at the Superdome producing coverage of the pre game, halftime, and post game show the day of the Super Bowl. In addition, the F&F GTX-15 will be broadcasting daily network coverage, live from New Orleans’ historic Jackson Square throughout the week preceding the game

“F&F has rolled with 100% Ikegami for decades,” says George Orgera, President and CEO of F&F. “The picture quality of the Ikegami HDK-79EC is superb, and they have the reliability and support to match. These are cameras we can use to produce the world’s biggest broadcast with complete confidence.”

Ikegami’s HDK-79EC employ CMOS imagers with an advanced design providing such benefits as reduced power consumption and a lower operating temperature, according to the company. The HDK-79EC can be used with Ikegami’s CCU-890M camera control unit for built-in fiber and optional triax connectivity for convenient mobile and studio flexibility. Users can choose the type of camera cable with a simple switch at the CCU, combined with mounting the docking FA fiber adapter or TA triax adapter to the camera head. An optional 1080/60p dual-processing capability is also available. 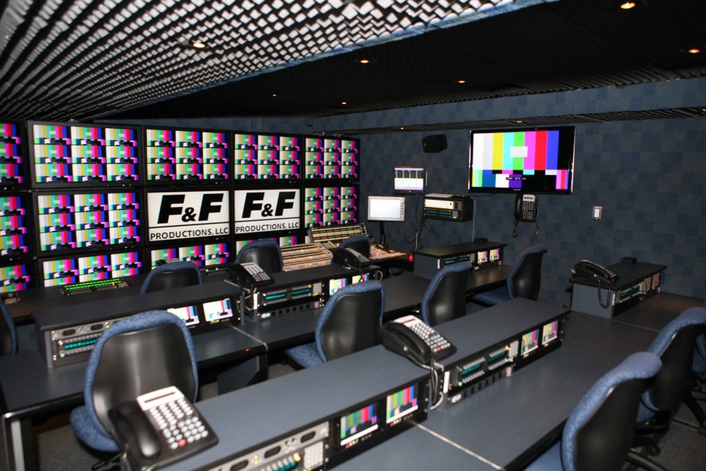 “When it comes to this big game, the expectations for broadcasters and viewers alike elevate each and every year – 2013’s matchup in New Orleans will be no exception,” Orgera notes. “Ikegami is essential for meeting and surpassing Super Bowl standards.”

CBS Sports expects more than 111 million viewers to be tuned into the mammoth broadcast and is charging up to $4 million for a 30-second spot for the battle between the San Francisco 49ers and Baltimore Ravens.

Companies are paying CBS an average of $3.75 million for each 30-second Super Bowl spots, an increase of 7.1 per cent from a year earlier and making the event the most expensive ad rate in US media, according to WPP Group’s Kantar Media, an industry researcher. Some paid more than $4 million, CBS president Les Moonves said in an interview.  Last year’s event generated $262 million from 78 commercials, according to Kantor.