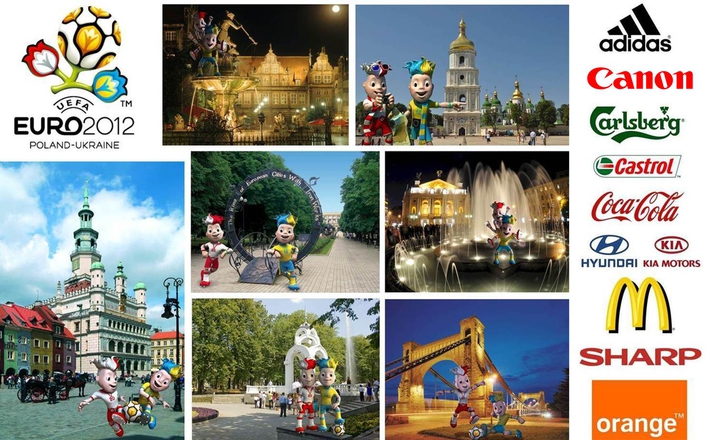 As the official still imaging equipment provider, Canon will promote products such as digital still cameras, printers, copiers, scanners and faxes to be used during the tournament.

Canon has a long history of supporting Europe’s flagship competition for national teams and has been a partner of the competition since the 1980 edition (with the exception of UEFA EURO 2000). As part of the agreement, Canon will notably benefit from on-screen credit inventory, perimeter board exposure, have the ability to run ticket promotions, and will provide camera and lens repair service centres for professional photographers in each of the eight stadiums.

Commenting on the agreement, UEFA Events SA CEO David Taylor, said: "We are delighted to welcome Canon back on board for this exciting historic occasion that the staging of UEFA EURO 2012 in Central and Eastern Europe represents.

“The continuing commitment of Canon, one of the leading global brands in their category, to sponsor the UEFA European Football Championship renews our long-standing partnership and will contribute to the successful staging of the tournament”.

Ryoichi Bamba, President & CEO of Canon Europe, Middle East and Africa said: “Canon is delighted to rejoin the UEFA family of global sponsors for UEFA EURO 2012. We are passionate about the power of image and such an exciting football tournament provides wonderful opportunities to showcase our imaging products and solutions.”