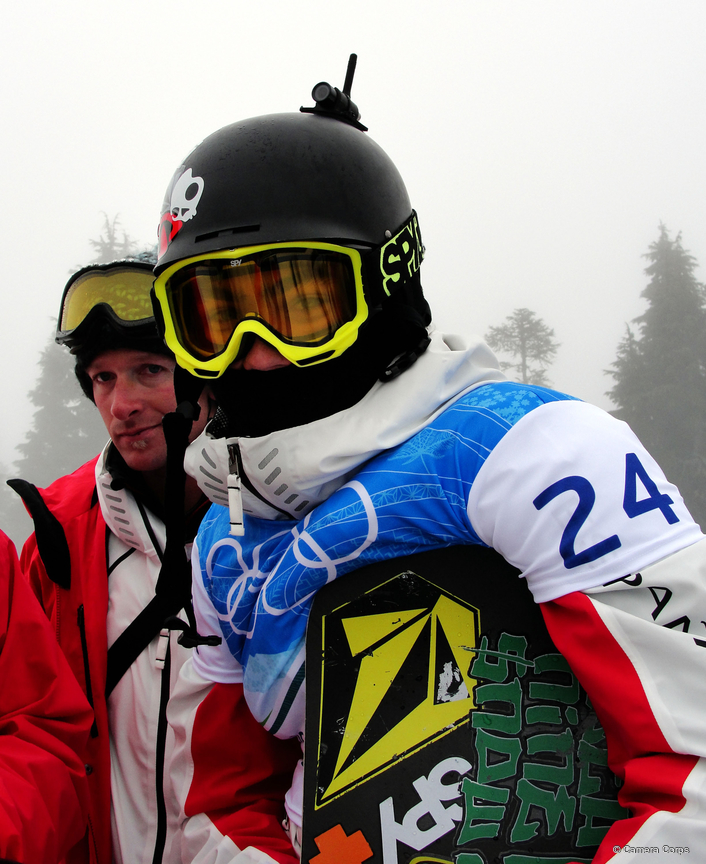 Camera Corps reports a world-first in dynamic sports coverage with the successful use of live RF helmet cameras during snowboarding and ski-cross sports events held in Canada during February. Working in co-operation with transmission specialist Broadcast RF Ltd, Camera Corps was able to deliver some of the most dramatic winter sports video coverage ever obtained.

"Using high-quality miniature cameras mounted directly on the contestants' helmets, we were able to deliver the actual visual experience of participating in snowboarding and ski-cross," explains Camera Corps' Technical Director Jim Daniels. "The equipment required is now so light and compact that it can be worn with no adverse effect on sporting performance."

Eight fully operational live camera systems were available during the events, feeding live video via a wide-area diversity receive system. Up to four cameras could be used at any one time, each assigned with a distinct transmission frequency. Multiple receive sites interconnected via optical fibre were installed by Broadcast RF, the receive antennas being positioned to ensure optimal coverage from each camera for the entire course length. Each camera measured just 7 cm long by 1.9 cm diameter with a total height of 7 cm including aerial. Camera and transmitter were powered by a 295 gramme rechargeable battery belt with a capacity of 90 minutes.

"Live video from the driver's viewpoint has long been extremely popular in motor-racing," adds Camera Corps' founder and Managing Director Laurie Frost. "We introduced bobsleigh cameras several years ago, three of which were in use during this latest series of events. The technology has now advanced to the point where we can, in principle, deliver live video from individual contestants at almost any sports event. It is a great tribute to the contestants that so many were willing to share their experience in this way with television audiences.