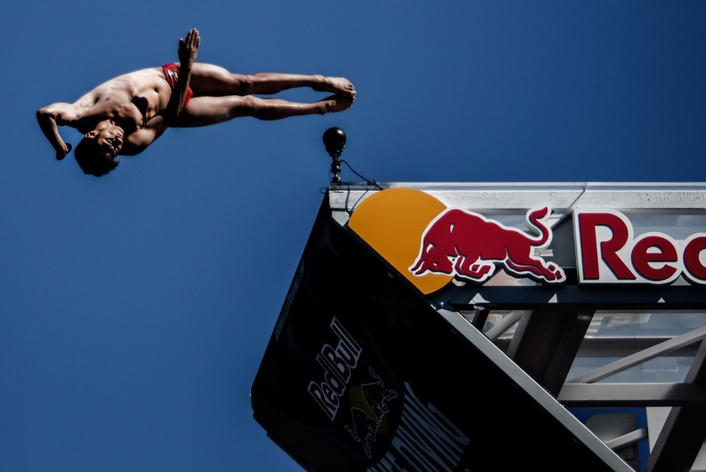 "This is exactly the type of outside broadcasting the Q-Ball was designed for," comments Camera Corps Managing Director Laurie Frost. "It enabled the Red Bull production team to achieve shots that would have been extremely dangerous if not impossible in any other way. Red Bull built the diving platform as a long overhang from the roof of Boston's Institute of Contemporary Art. They created a rigid structure to simulate a man-made cliff, forming a perfectly stable mount for the Q-Ball. The production team were able to make full use of this platform to capture close-up and follow-shots of each contestant during the approach, launch and descent. The Q-Ball provided footage from the centre of the action without requiring a camera team to operate in a dangerous and potentially distracting location. Each dive was televised both live and in slow motion to capture the full emotion of this extreme sport." 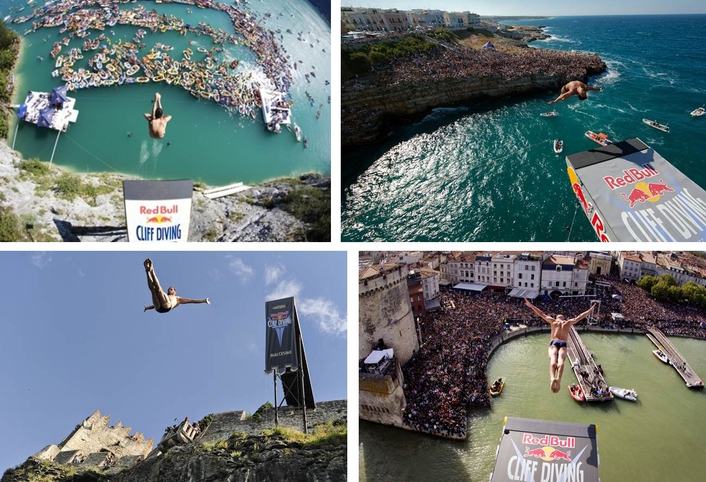 Pan/tilt/zoom commands from a Camera Corps PTZF joystick-based control unit were sent to the Q-Ball via a two-way optical link from the Red Bull Production facilities which in turn received broadcast-quality 1080i high-definition video.

Developed and produced by Camera Corps both for rental and for sale, the Q-Ball has delivered close-up video from many very high-profile broadcast events in recent years, including the BBC Proms, Summer and Winter Olympics, international football, motor racing, water sports, tennis, football and rugby.

Housed in a robust and weatherproof cast-aluminum sphere of similar diameter to a standard Compact Disc or DVD, the Q-Ball head comprises a 1080i camera with 10:1 zoom optics plus a fully rotatable pan and tilt head. High-precision motors enable the operator to adjust the camera angle from practically any location, including smooth adjustment of vertical and lateral tracking speeds.

Red Bull's Cliff Diving 2013 World Series commenced on May 25 at La Rochelle, France, followed by events in Denmark, Portugal, and Italy. Over 25,000 spectators attended the US event in Boston. Winner was Orlando Duque, closing the gap on champion Gary Hunt. The contest moves to the UK for the sixth in the series. This will be held at the Blue Lagoon on the Pembrokeshire coast, Saturday September 14. The series then progresses to Rio de Janeiro in Brazil before the final in Krabi Province, Thailand.

A Vitec Group company, Camera Corps specializes in providing high-volume support services for reality television programs as well as very large-scale sports and stage events worldwide. Based on the site of the former Brooklands motor-racing circuit near London’s Heathrow airport, Camera Corps has achieved a pre-eminent reputation for its ability to acquire exciting and unusual television content from exceptionally challenging environments.