The competition, which is part of the Association of Surfing Professionals’ Great World Tour, took place on the sandy beaches of the Basco-Landaise coast and was shown on Eurosport TV and Fox Australia, and live through the Quiksilverlive.com website, www.quiksilverlive.com/profrance/2012

Because of changing weather and surf conditions, the competition moved along the beach each day to the location with the best waves.  BSI, therefore, created a package with two RF cameras that could be operated anywhere along the 10km stretch of sandy beach, next to the surf.

The company also deployed their new, waterproof, wireless Pan Tilt Roll Zoom (PTRZ) camera, which was recently used on the yachts at the London games, and a handheld radio camera, with a Land Rover carrying four radio links. The set-up had four feeds with point-to-point links and multiplexers that fired back to a master receive point. The Land Rover could move up and down the beach, up to 8km away from the media compound, which was producing the live web cast. BSI could send back the radio camera, PTRZ, live feeds from the OB truck and scoring for the competition from any point down the 10km stretch of the beach, without having to move the whole production.

The PTRZ camera was mounted on a pole to get views of the crowd along the beach. Its wireless capability allowed the crew to move freely anywhere along the beach and even take it into the changing rooms, where BSI could still receive a signal. 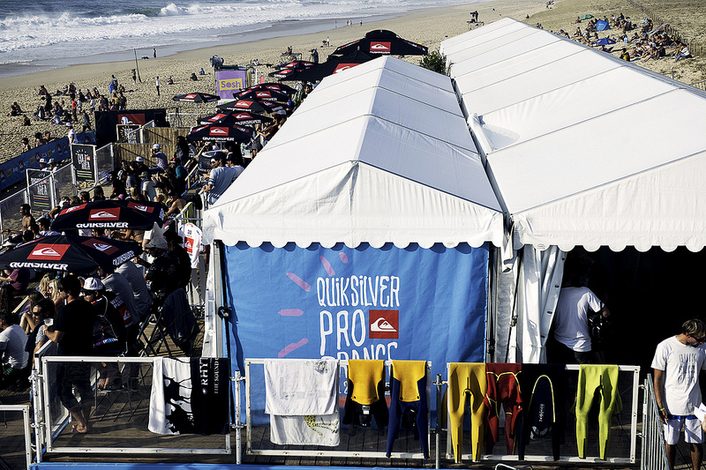 The dome-shaped PTRZ is available as a rental item from BSI. It is a 1080i HD camera with 10x optical zoom lens in a 210mm x 165mm case. It pans 360° continuously, tilts through 60° and rolls  +/- 30°. These movements and the zoom, red/blue gain, iris, focus, shutter speed, saturation, master gain and master pedestal are all remotely adjustable and the operator can adjust RF parameters and switch from standby to operational mode. The PTRZ uses COFDM wireless encoding at H.264 MPEG-4 and MPEG 1 Layer II with QPSK and 16QAM modulation and operates at 1.4-1.5 GHz or 2.0- 2.5 GHz. BSI can supply models for other frequencies.