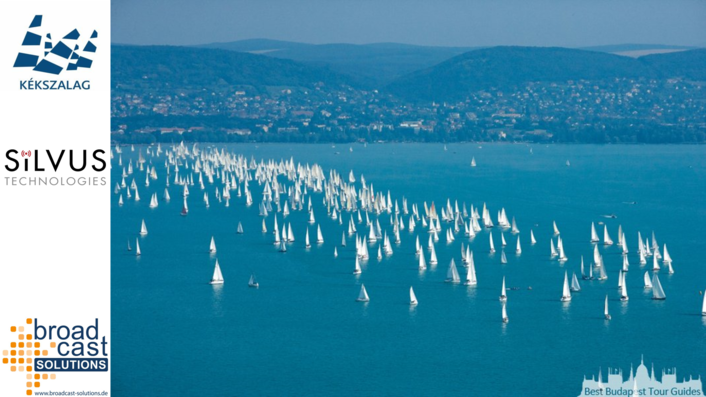 What was initially planned as a POC to show the capabilities of a MESH network providing internet connection to wireless cameras at the Blue Ribbon – Round the lake Balaton Race in Hungary, became the game-changer for Hungarian national broadcaster with its channel M4 Sport on-site to ensure stable signal connections for the live broadcast. Blue Ribbon, the longest inland regatta in the world, is an approximately 155km long sailing race around the lake with hundreds (600+) of different boats, and it has been held every year since 1934. Broadcast Solutions Hungary was on site to test and show national broadcaster the benefits of a MESH Network for live broadcasting during a POC. In the end they rescued the live broadcast providing internet connection to wireless cameras on boats and around the lake underpinning the superiority of MESH networks independent of existing infrastructure in live broadcasting during a real production.

Covering the action on the lake and due to its vast expanse working on this lake is like working at sea with cameras installed on boats, helicopters and at different places ashore. Standard wireless transmission solutions depend on the infrastructure of an existing mobile network (3G/4G/5G), which is difficult to find in some locations, and often gets congested in the most critical moments. MESH networks with Silvus radios offer some significant benefits in terms of bandwidth and coverage by establishing a dedicated and proprietary network. 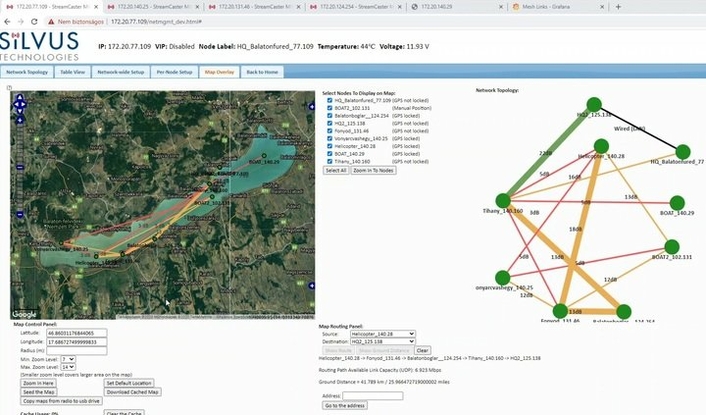 During preparation of the POC and field-testing the MESH network prior to the race, it became clear that even if there is a Line of Sight (LOS) between the wireless units, most of the radio waves are absorbed by the water. Because of this physical fact the Broadcast Solutions team installed a few radios on hills and watchtowers located around the lake.

By doing so, the engineers installed a network that reached more than 43 km with a UDP link capacity of 5 Mbps using just 4 bBi Omni antennas on Silvus Streamcaster 4200 radios, from Alsóörs lookout-tower to Fonyód belvedere spot.

The main goal with the POC was to demonstrate that the system could cover the whole lake (600 km2 with a maximum length of 80 km) using a Silvus MESH network with just 6 radios ashore, 2 on boats and 1 unit on a helicopter – which worked flawlessly.

At race start it quickly became apparent, that the common network used by the broadcaster reached its limits and failed due to congested networks, with a large number of spectators and the long distances that needed coverage. The race started, mobile networks went down, and there was no sufficient cellular connection not even with 8 SIM card bonding units, and the live feed failed. 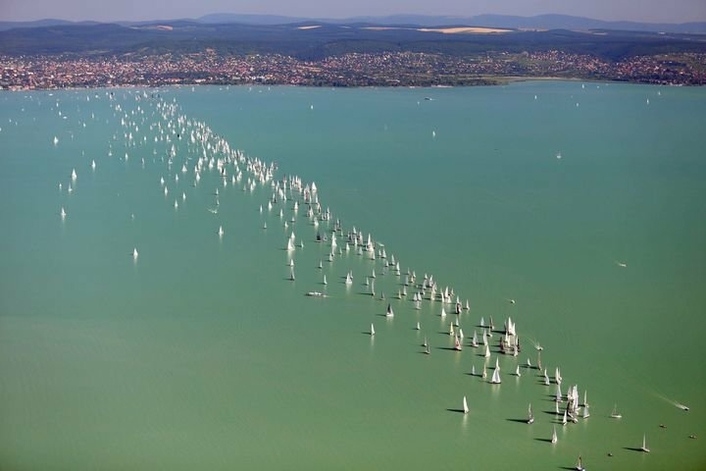 Across the lake every bonding cellular unit, combined with a Silvus radio, got internet connection regardless their weak cellular network connection

Across the lake, every cellular bonding unit combined with a Silvus radio got an additional internet feed regardless of their weak cellular network connection. All bonding units attached to a Silvus radio were able to broadcast live pictures no matter they were up in the air or on the lake. The entire race and live broadcast went well, and the show was saved.