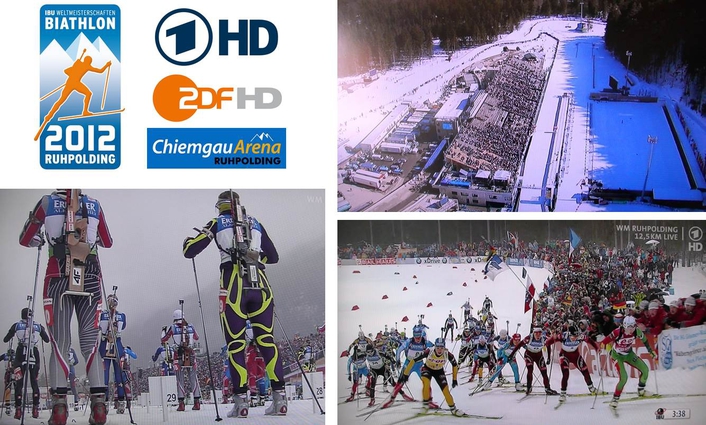 The media has played a big part in the planning just as it has takenover the years in the development of the sport to reach the common goal ofpresenting Biathlon at its best. Over the one and a half week of the 2012championships the host broadcaster ARD/ZDF showed a worldwide audience the bestBiathlon entertainment, each day filled with thrilling competitions and theemotions of the athletes and fans, achieved with the inclusion of numerousspecial cameras giving a detailed insight into the fascination of the sport ofBiathlon.

Wall-to-Wall TelevisionCoverage
The television coverageof the eleven events was unprecedented, with thirty-nine cameras covering everyangle in the stadium and on the tracks. The images captured were distributedworld-wide under the cooperative banner of Germany’s two main networks: ARD andZDF.

ARD and ZDF (the hostbroadcaster under the leadership of ZDF) covered the biathlon events increating a healthy mixture between emotional closeness and the criticaldistance to the activities that took place at the shooting range and on thecourse. Independent of the nationality of the athletes a thrilling andattractive history of the competitions and the athletes was told. The mainpriority was to demonstrate the necessary respect for the achievments of theathletes regardless of which position they had at the end of the race – and thiswas fulfilled in every aspect.

Particular challenges were the sprint and individual competitions. As several actions with great sporting importance took place at the same time, some actions only could be shown briefly or played out later as a recording. Therfore the focus was on the finish line and the last shooting, sometimes as a visual combination (picture in picture) of various camera signals. In addition it was important to transport the fantastic atmosphere from the stadium in Ruhpolding to the viewers at home. 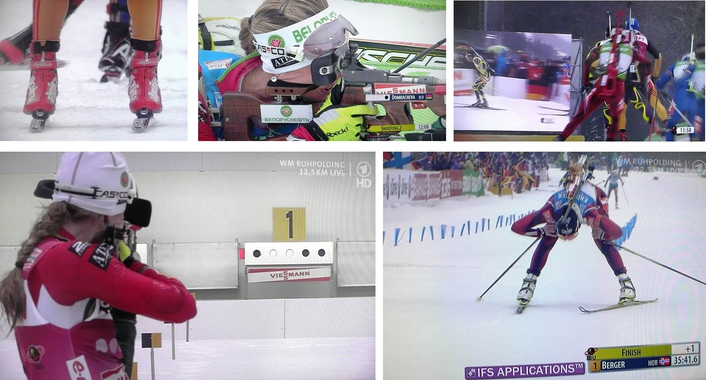 The host broadcaster achieved to transform the cameras and microphones to become the eyes and ears of millions of viewers around the world. The viewers were able to see the favorites, their competitors, the winners, but also the losers and felt the spirit of the competition. Also the balance between the two elements - shooting and skiing was kept. 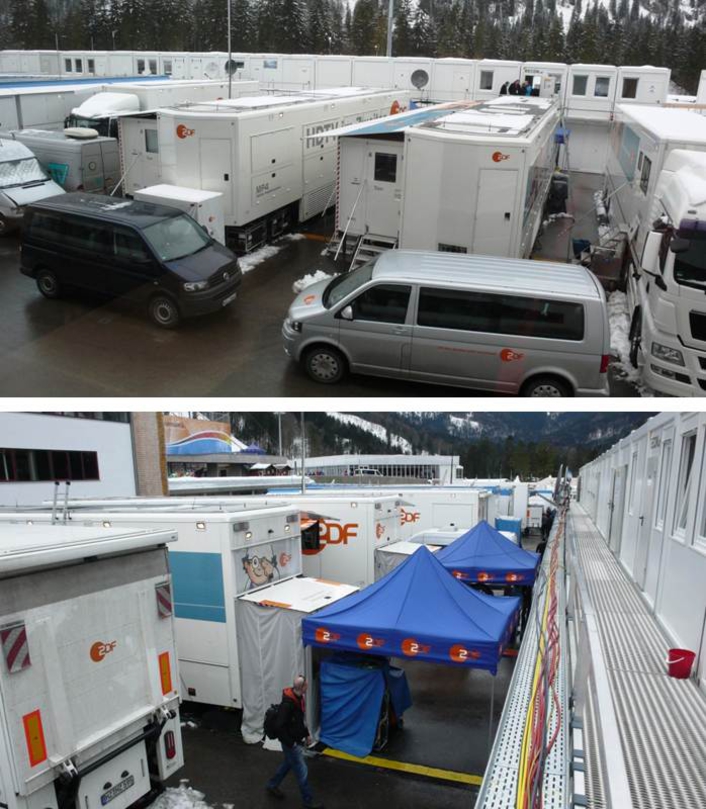