As it has in years past, AV Vegas Concert Sound and Lighting provided the audio/lighting system for the world-famous Las Vegas Rock ‘n’ Roll Marathon Series. However, for the first time, AV Vegas supplied HARMAN’s JBL VTX line arrays and Crown I-Tech HD amplifiers for the event’s sound reinforcement system.

The Rock ‘n’ Roll Marathon is a yearly event that draws more than 30,000 runners. For a few hours a year, Las Vegas Boulevard is closed to all traffic and becomes the best-lit running track in the world. Runners pass more than two dozen stages with live bands and DJ’s urging them on. 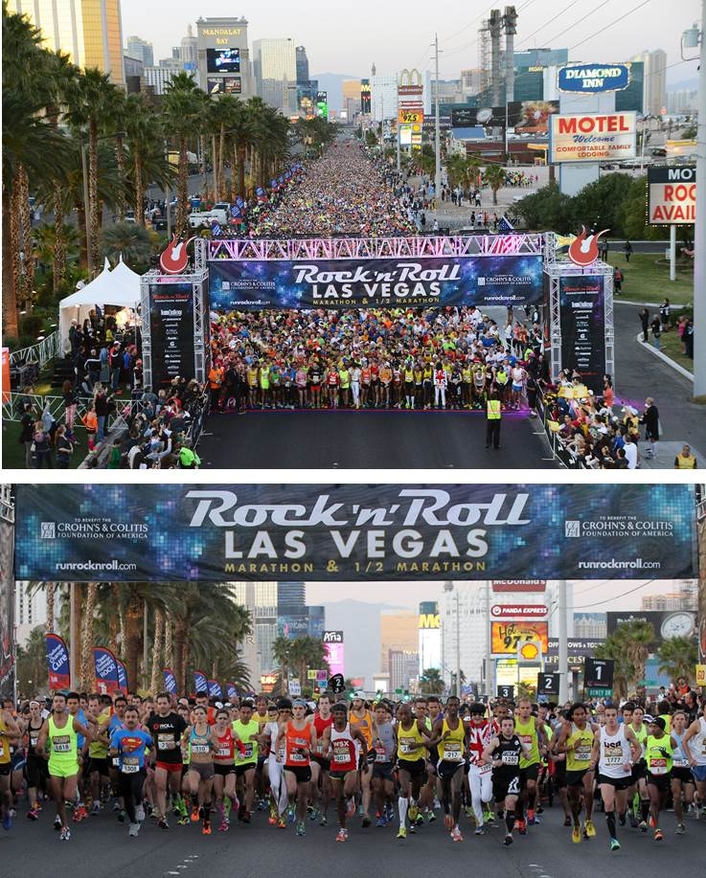 AV Vegas Concert Sound and Lighting has been the Marathon’s principle audio and lighting provider for several years, and this year the company upgraded two of its music features with the JBL VTX line array system. The marathon’s start line truss structure became home to two hangs of three JBL V25 fullsize line array loudspeakers, each accompanied by a single VTX S28 subwoofer. The crew also installed pairs of truss-mounted JBL VRX932LA Constant Curvature loudspeakers every 200 feet down the Boulevard, lining the street with 2,800 feet of delay loudspeakers. The VTX system, accompanied by the delays, served to pump up the runners before the start of the race.

After closing the Boulevard at noon on the day of the race, there was a small window of time to assemble the truss structure in the street, hang the arrays and program the lighting that had been pre-installed the night before. “We took delivery on the VTX and two-channel Crown I-Tech HD amplifiers just a couple days before the marathon,” said John Hansen, CEO of AV Vegas. “We literally threw the amps into some road cases, set the presets with JBL’s HiQnet Performance Manager™ and onto the truck for the gig.”

In addition, this year, the marathon organizers wanted to arrange towers of speakers along the run path to maximize the time when the runners would hear music. In past years, runners would run past live music stages and only be in the pattern of the stage loudspeakers for a short time. Enter the “Mile of Music” concept: AV Vegas’ staging department built a 4’ x 8’ x 7’ tall deck and placed them 500 feet apart on the Las Vegas Strip. The audio department installed a pair of ground-stacked V25 loudspeakers facing north and another pair facing south on each tower. The audio signal was sent wirelessly with a selection of antennas. 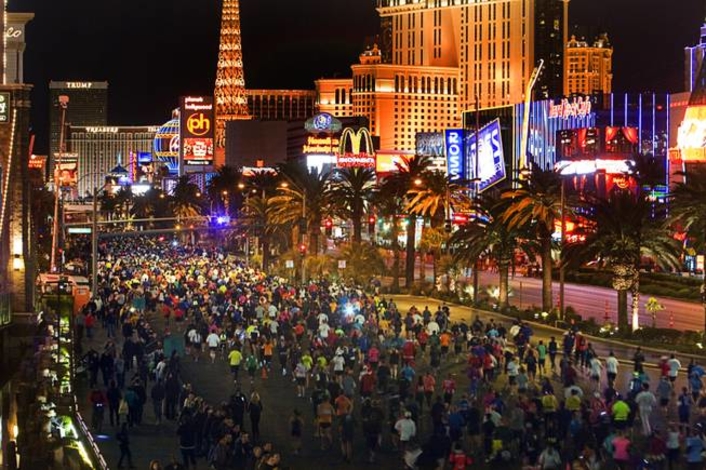 “At one point, after the Strip was closed to general street traffic, I was able to drive my car past the Mile of Music with my windows open and sunroof open,” Hansen said. “The test track sounded great, but then the bass kicked in on the track. Suddenly, there was such incredible thump and we were not using subs. At a time in entertainment history where the demand for sub bass is growing, it is nice to know that the top boxes are up to the challenge too. The box had already won my heart with the clarity of the new D2 high-frequency driver, but after hearing them in this application, I am sure we made a good decision buying this box.”

CTV’s New BBC Contract ...th Super-Weekend of Sport
Powerful Performance from...dia at the Paris Marathon
NewTek TriCaster on the S...ne for the Medoc Marathon
The 35th Istanbul Marathon was run on Sunday