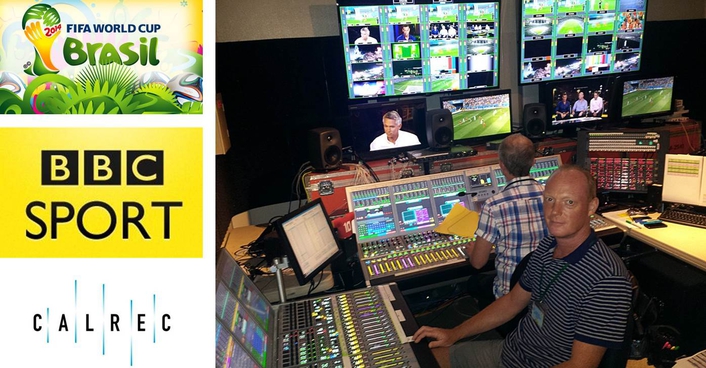 Artemis consoles in the IBC at Riocentro
The BBC relied on Calrec Audio's digital audio consoles during its coverage of the FIFA World Cup beginning in June. The broadcaster used a combination of three rented consoles to mix the audio in Brazil for transmissions in the U.K.

At the International Broadcast Centre (IBC) in Rio de Janeiro, two 24-fader Artemis Light consoles served as the first point of control in the signal path, responsible for submixing all sound associated with the matches and creating simultaneous 5.1 and stereo mixes. In addition, controlled commentary and controlled effects were passed on to all other users including the edit suits in the IBC, the various multiplatform control suites in the U.K., and the BBC's studio broadcasting center (SBC), also in Rio. 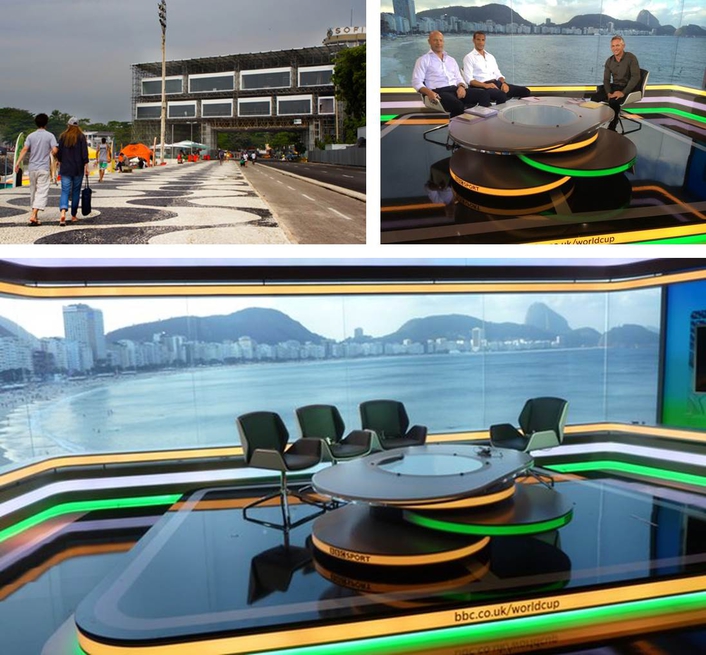 BBC Studio at the Copacabana

At the SBC, a 56-fader Artemis Beam was used to combine the submixes from the IBC with other sources, including studio mics, postproduction playbacks, contributions from venue reporters/presenters, and audio-only playback such as music, sound effects, and voice recordings. These were all mixed into final 5.1 and stereo feeds and then passed on to the transmission network in the U.K.

"The BBC is our oldest customer and we have a long history of collaboration to ensure the products evolve to meet its needs," said Jim Green, Calrec's U.K. sales manager. "We're always eager to support major projects like the World Cup broadcast from Brazil, where the BBC has taken advantage of Calrec functionality to make the whole workflow more efficient.

"Technology and viewer expectations are always moving forward, so each tournament faces new challenges that require better solutions," Green added. Since the last World Cup there has been advancement in surround sound and loudness regulations, and this year the BBC has incorporated augmented- reality visual effects that bring their own set of audio-visual synchronization challenges. Calrec works closely with its customers to stay abreast of the technology and evolving requirements." 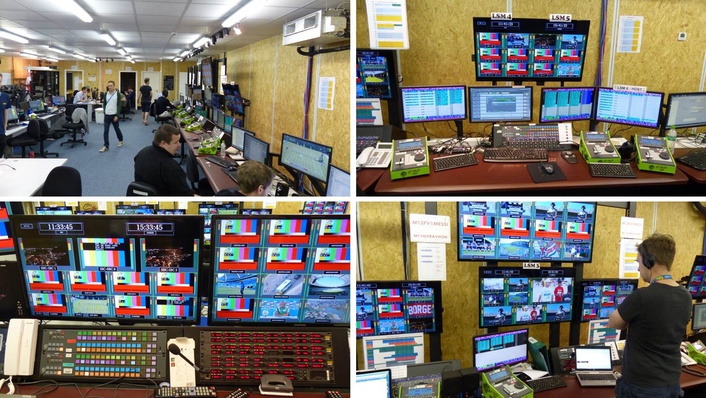 BBC facilities at the IBC

Sugarloaf Never Looked so Sweet
The IBC at Riocentro Opened its Doors to MRLs
2014 FIFA World Cup Brazi... A Resounding Win for HBS