The first Commonwealth Games took place in Canada in 1930, where 400 athletes from 11 countries competed in 59 events covering six sports. Hosted in Glasgow, the recent 2014 games raised the stakes to 4,947 competitors from 71 nations and 261 events – all broadcast to an estimated global television audience of 1.5 billion.

The ten days of intense competition saw 140 Commonwealth Games records broken. Although none fell on the table tennis table, Nigeria’s Ojo Onaolapo made his own history when celebrating his country’s bronze medal success by dropping his shorts and lifting his shirt.

Since first being included in the Manchester 2002 Games, table tennis has invited fierce competition. Sharing the Scotstoun Arena with the competition’s squash events, the table tennis matches took place in two 2,500 seat ‘show courts’, and a further eight match courts. The broadcast of these matches was in the hands of Arena Television, with Audio Guarantee Engineer David Harnett taking charge of the company’s OB14 mobile – and its Lawo digital mixing and routing systems.

Harnett joined Arena TV around three years ago having previously worked on Lawo consoles, which he regards as ‘very intuitive’. OB14, meanwhile, has come to sports broadcasting from use on Arena TV’s music events. 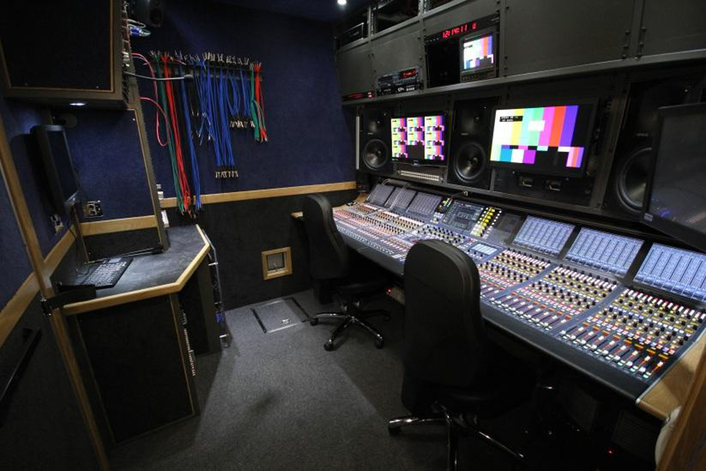 The Lawo console in OB14 was used as a hub to provide central routing for both of the ‘show’ tables – dubbed Table Tennis 1 and Table Tennis 2 – with one DSP core used as central router for both. Specifically, there was a 56-fader Lawo mc²66 MKII console serving Table 1, with a Studer Vista digital console hooked up as a submixer to cover the action on Table 2 – both tables being in use simultaneously and requiring their own audio feeds.

Although the players were not as mobile as track athletes and the ball was not tracked as other court sports are, extensive miking of the tables called for a surprising number of console channels.

As the tables were adjacent, the same four microphones provided crown noise. Each table then used four further mics as ‘near’ and ‘far’ left-right pairs, with two electret condensers on the nets and a pair of near-far shotgun mics to pick up foot squeaks. In addition, there were mics on the umpire and coaches for each match, giving a total of 10 mics on each table.

‘In preparation, we had to set all the signal paths in and out of both tables to go through the Lawo, because of the large amount of MADI and I/O required. We basically made the Vista a slave on a MADI stream, so all the brunt of the work was being done by the Lawo,’ Harnett explains. 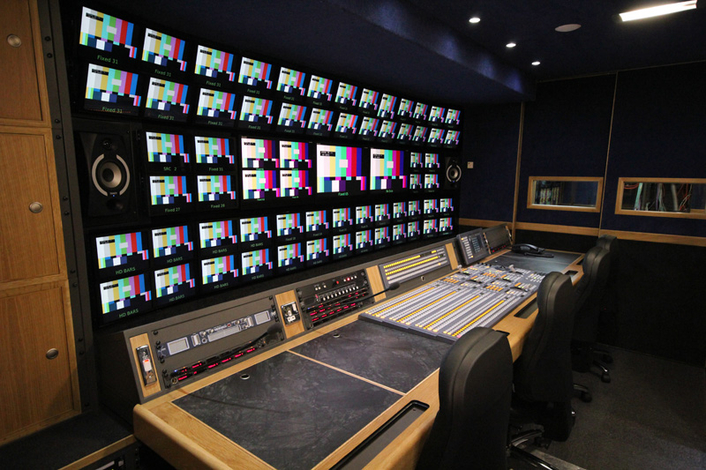 He emphasizes the importance of the ‘large amount of I/O and lots of MADI streams’ that were required to be available in order to support the use of the second console. ‘We also used different banks and layers to be able to have Table 2 at our fingertips if needed. It was also from this bank that we controlled all the mic amps being used for Table Two,’ he says. ‘We used EQ recall and save for quick commentator turnarounds. In addition, the Lawo’s multi-row metering was very useful, as we had a lot of outgoing lines and feeds and to be able to see these on a second metering row made life a lot easier for us. Lastly, the snapshot function was essential in getting the desk into different modes of mixing quickly for changes of operator.’

Taking a more general look at Lawo systems from a broadcast sound operator’s point of view, Harnett underlines the value of being able to configure them to meet a wide range of requirements: ‘They are extremely flexible, and this is useful for jobs that need to work outside of the box a little,’ he confirms.