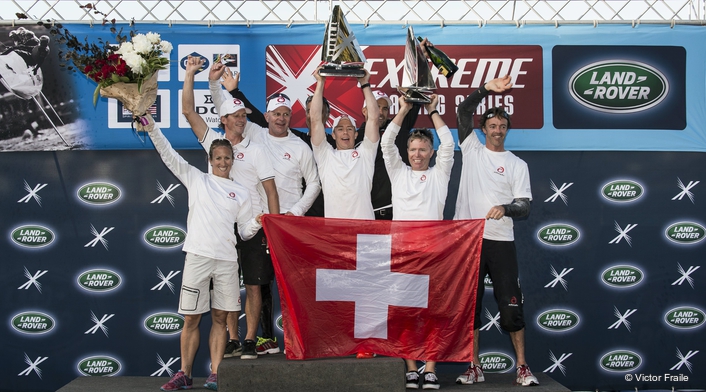 Thousands of spectators saw Alinghi stage a sensational final season sprint to cross the finish line in top spot in Act 8 after three days of sailing in the iconic Australian city to win the overall title ahead of rivals The Wave Muscat (Oman).

Skippered by Morgan Larson, the Swiss team – former two times America’s Cup champions – left nothing to chance and going into the final race, they held a slim, two-point lead over The Wave Muscat. They held their nerve in the final race with a second place finish that was enough to lift them to the top spot. 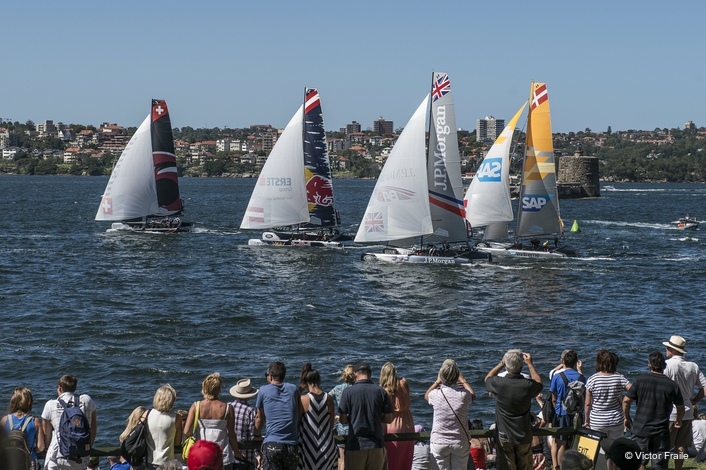 “This is a dream come true for us,” said a beaming Morgan Larson after racing past their cheering fans around the Botanical Gardens en route to the title amid winds of 20 knots and gusts peaking at 25.  “We competed against the best in the world and we held our own. Now we will go out and defend our title in 2015,” he said.

The Wave Muscat skipper Leigh McMillan was gracious in defeat but pledged to come back next season. “Morgan got the jump this year. We will try to take it back in 2015.”

There was more drama in the penultimate race with GAC Pindar becoming the first multihull to capsize this season, flipping over in Sydney harbour. Luckily all crew members were unhurt and safe.

The start of the 2015 season is only 53 days away, with February’s Singapore season opener running along the F1 course of the Asian metropolis. The Extreme Sailing World Series 2015 will comprise eight Acts with Sydney once again hosting the finale. 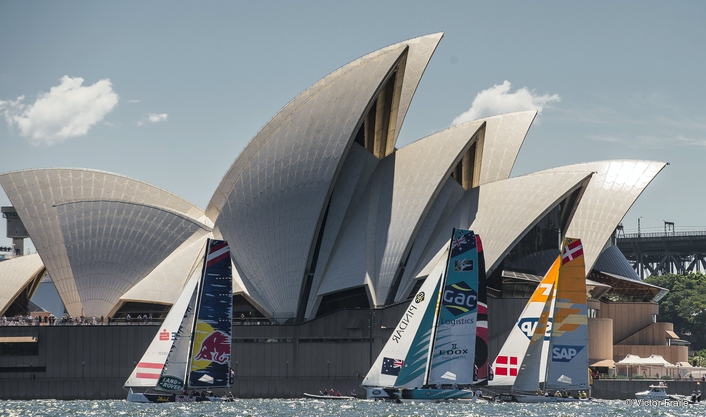