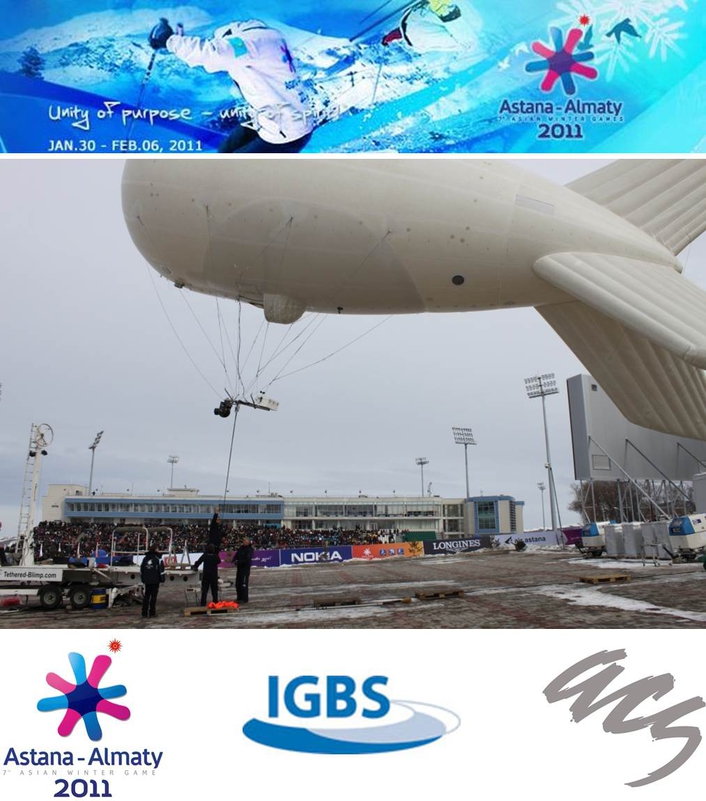 ACS Tethered Blimp with stabilised mount being launched
A large team of personnel from ACS have recently returned from a successful Winter Asian Games where they were responsible for delivering one of the largest and diverse projects to date for the company. The 7th Asian Winter Games was held in Kazakhstan and ACS was chosen by host broadcaster International Games Broadcasting Services (IGBS) to exclusively provide specialist camera facilities for all venues in and around the city of Almaty. 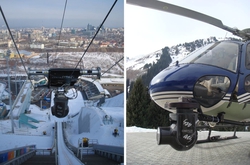 Commenting on the team’s recent return, ACS Managing Director, Phillip Beckett, remarked ‘I’m really pleased with what the ACS team has achieved on what was a very challenging and large scale project. That we were able to deliver it so successfully whilst our other teams and specialist systems both at home and around the world were busy fulfilling other large projects is a credit to all the ACS crew both on site and back in our head office. 2011 has been proved to be a very busy year already!’

In addition to providing for this large scale project ACS also supplied railcam and wirecam systems for host broadcaster, Gearhouse for the 25th Winter Universiade Games in Turkey which were held during the same period. As well as delivering on two large projects ACS crews were also operating specialist cameras for the Six Nations and Premiership Football along with international filming projects in Iceland and Antarctica and on location for the latest Sherlock Holmes film from Guy Ritchie.

Established over thirty years ago, Aerial Camera System (ACS) is the worlds’ leading specialist camera company, providing innovative and expert camera solutions and aerial stabilised camera systems. ACS has a unique inventory available for rental ranging from remote heads and compact cameras, railcams and wirecams to tracking vehicles, underwater systems and tethered airships as well as over 20 helicopter camera systems. With an in-house research and development team the company continues to develop and launch new concepts and products within the field of specialist camera facilities, the latest being its new remote head; SMARThead™. ACS is part of the Euro Media Group, Europe’s largest provider of television and film facilities in Europe.