About 40,000 mark the start of an Extraordinary SEA Games 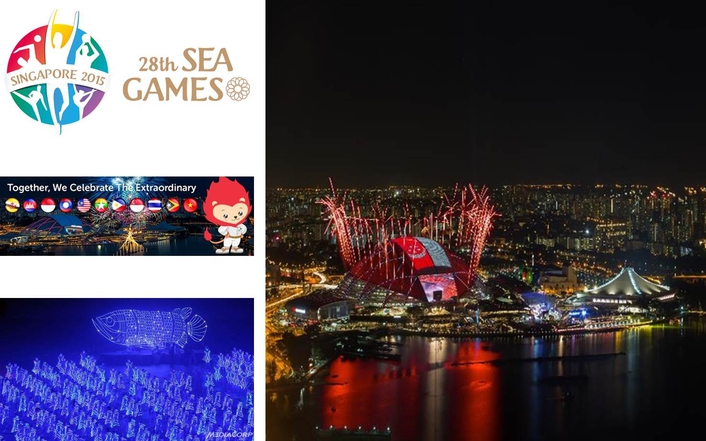 .
About 40,000 people came together in a spectacular Opening Ceremony for the 28th SEA Games, marking the start of an Extraordinary Games.

Some 5,000 performers and volunteers participated in the breathtaking show at Singapore’s National Stadium, featuring 2,000 props. The sold-out Opening Ceremony was a three-hour spectacle, where the audience got to enjoy extensive multimedia projections, light and sound displays, colorful costumes and dazzling aerial props. Some of Singapore’s most well-known arts, music and sports personalities were also featured. 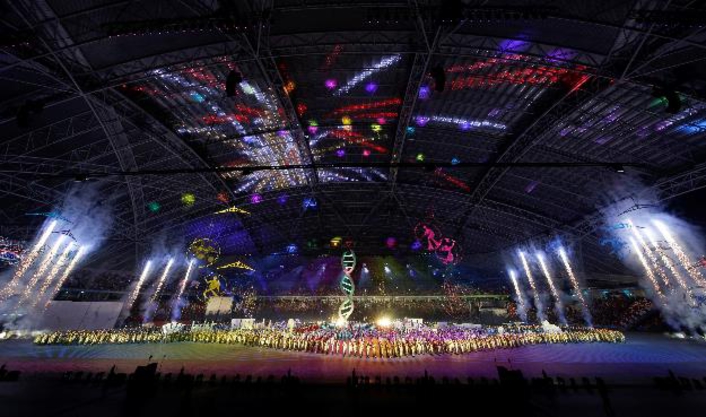 One of the Acts of the Opening Ceremony

The Opening Ceremony consisted of five key Acts:
Act 1: DNA
A visual embodiment of the DNA that makes us unique but connects us to one another – five unique animals of Southeast Asian lore arced through the still of the night

Act 2: IMAGINATION
Act 2 was inspired by the limitless imagination of children from all over Southeast Asia

Act 4: SPORTS AND THE CITY
The SEA Games recognises and honours the athletes, the coaches and the support of their families, from all the different cities in Southeast Asia

Act 5: SINGAPORE IN THE STADIUM
An act symbolising the gesture of friendship, unity and mutual respect 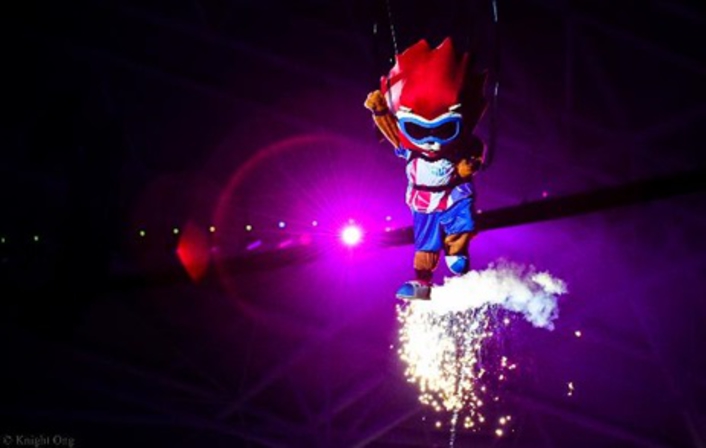 The opening act was about DNA, and was followed by segments on Imagination, Youth Expression, Sports and the City and ended with Singapore at the Stadium, the closing act which featured some of Singapore's greatest competitors, including Glory Barnabas, Joscelin Yeo, Melanie Martens, Ang Peng Siong and Joseph Schooling. 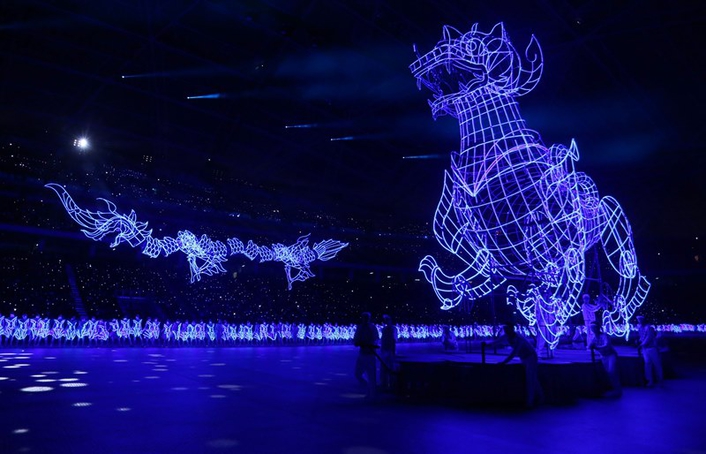 The show also featured 160 high-definition projects that transformed the floor of the National Stadium into an enormous screen. 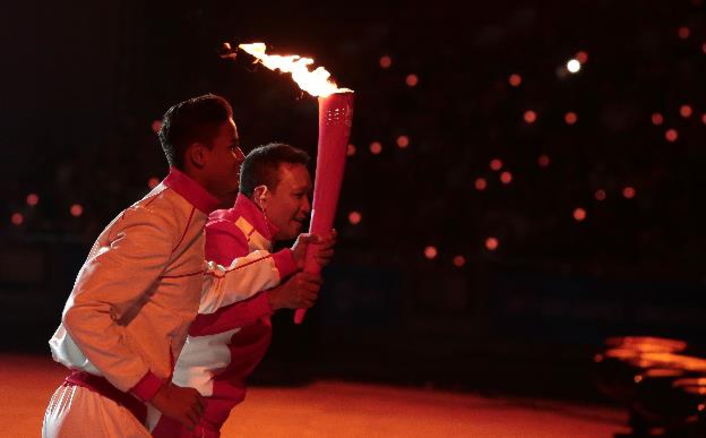 The 28th SEA Games will be held from 5 -16 June 2015, with Singapore Sports Hub as the main venue for the Games. Organised by the Singapore Southeast Asian Games Organising Committee (SINGSOC), the Games is held in conjunction with Singapore’s 50th anniversary and will host more than 7,000 athletes and officials from 36 sports. Adopting the theme of Celebrate the Extraordinary, the Games will celebrate triumph of human spirit - be it in sports or daily lives; in success or in the grit to try again and again; in winning or in merely being at the start line. The 28th SEA Games will show the people of the Southeast Asia that success ultimately comes to ordinary people with extraordinary dreams. It’s not about having a champion, but inspiring the champion that is inside each of us.