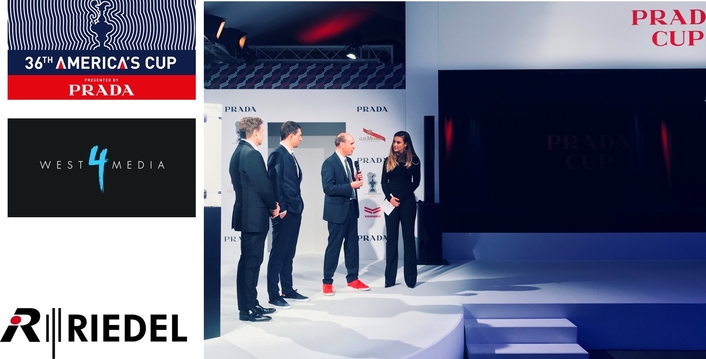 From left to right: Werner Eksler, Jürgen Eckstein, and Thomas Riedel with Charlie

The battle for America’s Cup, the oldest international sporting trophy, pits the world’s most renowned yacht clubs against each other in a series of thrilling races. To win the right to challenge the title defender from New Zealand at the 36th America’s Cup, one team must come out on top at the prestigious Prada Cup qualifying races in spring 2021.

In a global call for tenders, West4Media and Riedel Communications prevailed in their bid for the production rights to the 36th America’s Cup, including the America’s Cup World Series and the renowned Prada Cup. Their bid was a technically and substantially innovative 360° concept that combines live TV production and race management systems to bring the live coverage of yacht racing to an entirely new level.

West4Media and Riedel Communications have nearly 60 years of combined experience with major sporting events. Between them, their six sports production Emmy® Awards attest to their success and competence in this segment. As specialists in broadcast production, camera technology, and communications, West4Media and Riedel Communications have further honed their skills by broadcasting and producing events such as Formula 1, summer and winter games, Red Bull Air Races, and the Red Bull Stratos Jump. 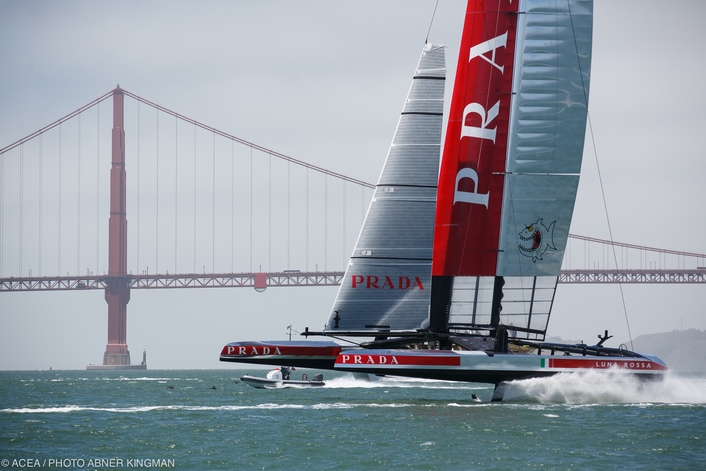 This production is a tremendous challenge. We approach it with great anticipation, but also with great respect,” said Werner Eksler, circle-o Managing Director and Co-founder of West4Media. “It is an incredible privilege to have the opportunity to produce the 36th America’s Cup.”

In order to bring the audience closer to the races than ever before, a team of circle-o developers is already hard at work on new products and technologies for the 36th America’s Cup. These include innovative camera solutions, entirely new audio technologies and techniques, and real-time visualizations.

“The extreme conditions in sailing present us with many new challenges in sports production,” said Thomas Riedel, CEO, Riedel Communications. “Showing a penalty kick in a stadium is a lot easier than capturing the activity onboard monohull sailboats moving at 80 kilometers per hour on the open sea. But that’s why I’m all the more excited to embark on this voyage!”

“For the first time in the history of America’s Cup television coverage, technical innovation and creative content will be interwoven in a way that offers a truly cinematic view of this fascinating event,” said Jürgen Eckstein, Managing Director at circle-o. “Audiences can expect to see unconventional approaches and extraordinary vantage points that will make them feel like part of the action.”

circle-o is a joint venture of two innovative, Emmy® Award-winning business partners: Riedel Communications GmbH & Co. KG and West4Media Filmproduktions GmbH. With customized solutions in the fields of camera technology, broadcast infrastructure, and communications, Riedel and West4Media have contributed to the most prestigious international sports events and are involved in the production of media spectacles like the Red Bull Air Races and the Red Bull Stratos Jump. As circle-o, these two associates are combining their strength, energy, and motivation to create a wide range of innovative broadcast solutions.