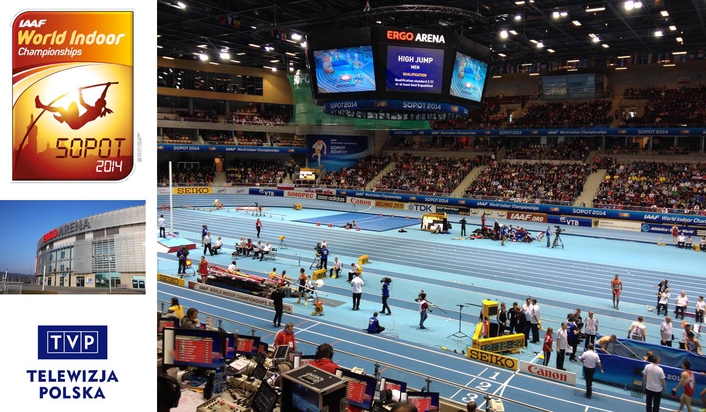 Sopot 2014 was broadcast to more than 200 countries worldwide
Held in March, this was the most important athletic event this year.  Athletes from 150 countries took part in those perfectly organized Championships. The event was broadcast to more than 200 countries worldwide. BBC operated an announce position with field view while TVP (Host Broadcaster) operated a studio in the Ergo Arena in Sopot. The event was also shown on four giant LED screens located above the main playground. 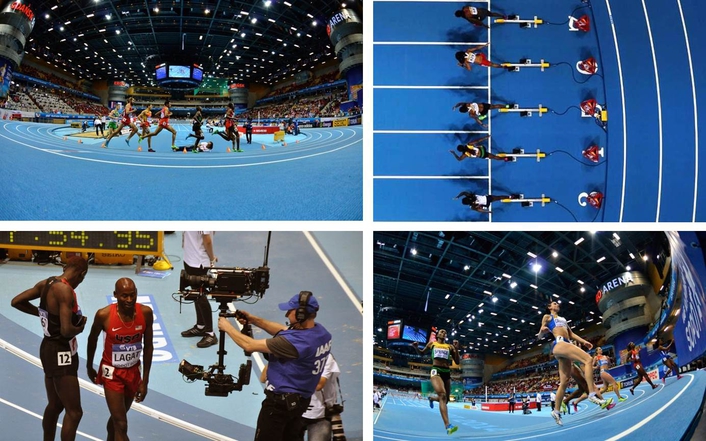 Two OB-VANs  from Livecast (Germany) were working under the leadership of TVP. The 38 cameras in the Ergo Arena were covering the event from all possible angles. The 4th OB-VAN  from Sweden (HD Resources) was working exclusively for TV4 .

A NewTek 3Play 4800 was supporting the IAAF jury

The production company PPTV from Poland provided an analysis tool for the IAAF jury/referees. For the first time NewTek 3Play 4800, 8-channels slomo system was working at the video referee room, recording all the running  competitions for referee purpose. Six camera feeds from the TVP OB-VAN were connected to the 3Play showing precisely all collisions and appeals during competitions. The international jury of the IAAF was extremely satisfied by the performance and quality of the recordings and replays.

There was extensive global coverage of the 15th edition of the IAAF World Indoor Championships which in the IAAF World Athletics Series of events is second only in status to the outdoor IAAF World Championships. The three days of exciting competition in Sopot, which spectacularly climaxed with a world indoor record in the men’s 4x400m relay, were broadcast in more than 200 countries worldwide. 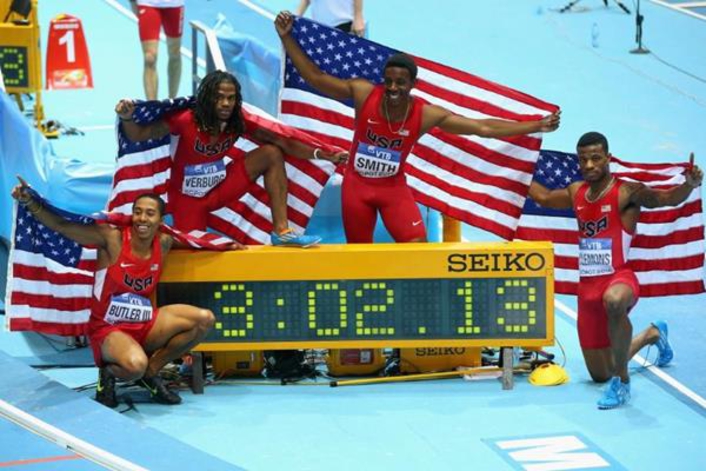 World indoor record in the men’s 4x400m relay in Sopot

Initial reports confirm a TV audience in the tens of millions across Europe and Africa which represents an improvement on the 2012 World Indoor Championships in Istanbul and an increase of more than 300% compared to the same event four years ago in Doha.

Broadcasters in 24 European countries and pan-European coverage offered more than 250 hours of transmission for the event in Sopot, Poland.

Extensive coverage was also achieved in Africa with Free-to-Air broadcasts in 19 territories as well as widespread Pay-TV coverage across Sub-Saharan Africa.

“We are delighted that the expertise and dedication of our broadcasting partners ensured the reach of the IAAF World Indoor Championships in Sopot, Poland, was truly global,” commented IAAF President Lamine Diack.