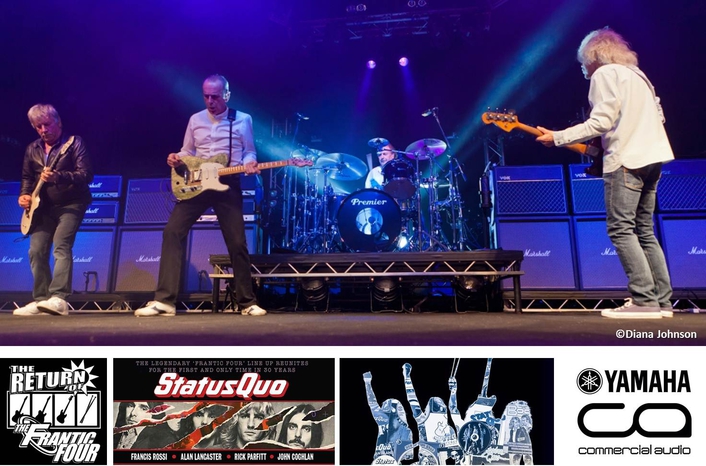 .
It was a tour whose initial dates sold out in just ten minutes. A tour which nobody thought could ever happen. But March 2013 saw the impossible become reality… and Yamaha digital mixing consoles played their full part in reuniting the classic line up of Status Quo - otherwise known as the ‘Frantic Four’ - on stage for the first time in over 30 years.

The reconciliation of the Frantic Four - John Coghlan, Alan Lancaster, Rick Parfitt and Francis Rossi - formed the highlight of a recent feature-length film documenting the history of Status Quo. So when, for nine UK shows only, the band’s classic line-up took to the stage again, the tickets were in more demand than air guitars at a headbangers convention. 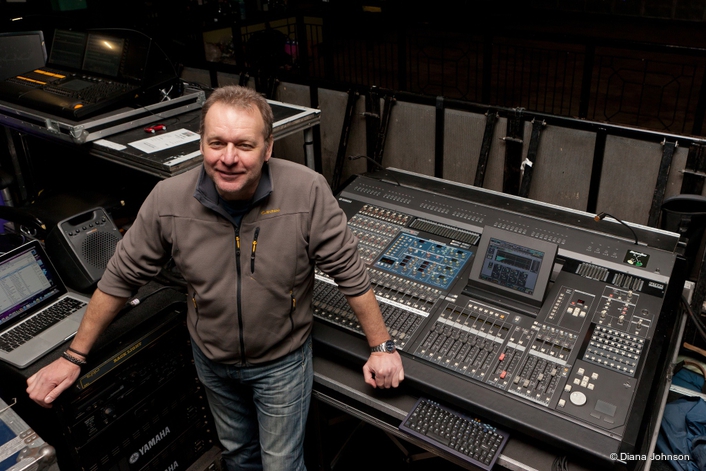 Andy May with his PM5D, O2 Academy Glasgow

“Nobody’s trying to pretend that it’s 1976 again,” says front of house engineer Andy May, owner of one of the very first Yamaha PM5D digital consoles to roll off the production line. “But these shows are for the ‘hardcore’ fans, so we have tried to put on a good, old-fashioned rock’n’roll show.”

He and lighting designer Pat Marks have succeeded admirably in that aim - recreating the sound and look of a 70s rock show, but with all the benefits of current production technology. As well as Andy’s PM5D, these included a line array PA, in-ear monitoring and three further Yamaha digital consoles (an M7CL for monitor engineer Tim Franklin, plus another M7CL and an LS9 for support band The Treatment) supplied by Capital Sound.

Complementing the 70s feel was a set list completely devoid of the Radio 2-friendly soft rock, cover versions and greatest hits medleys that have elicited scorn from musical snobs about the latter-day incarnation of Status Quo. It was strictly pre-1977 fare only - even Rockin’ All Over The World was banned. 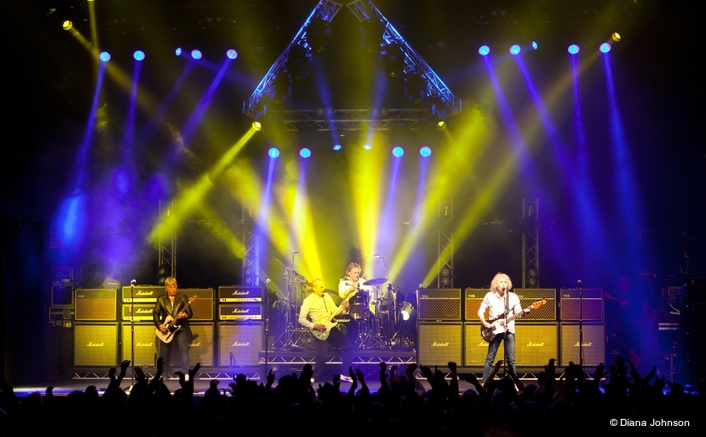 “The current ‘regular’ band like a more hi-fi sound and have a very slick, modern production, whereas these shows with Alan and John are much more stripped back,” says Andy. “I’ve got 24 channels coming from the stage and they’re going straight into the stereo masters - I’m not using any sub groups, DCAs, vocal effects or anything, as I would with the ‘other’ Quo.

“I’ve got more attack on the drums, more low end on the bass to give it a bigger sound and overall I’m using less compression. Apart from a short reverb on the vocals and drums, there are no effects. These shows are for the old fans and they want it loud and a bit raw - if I tried to polish it too much it wouldn’t work.”

Tim mixed monitors in a similar way to the ‘regular’ Quo line-up, the main difference being that bass guitarist Lancaster, drummer Coghlan and Bob Young (who plays harmonica on several songs) hadn’t used in-ear monitors before, so the tour’s rehearsal period saw Tim fine-tuning their mixes and getting them used to the IEMs. 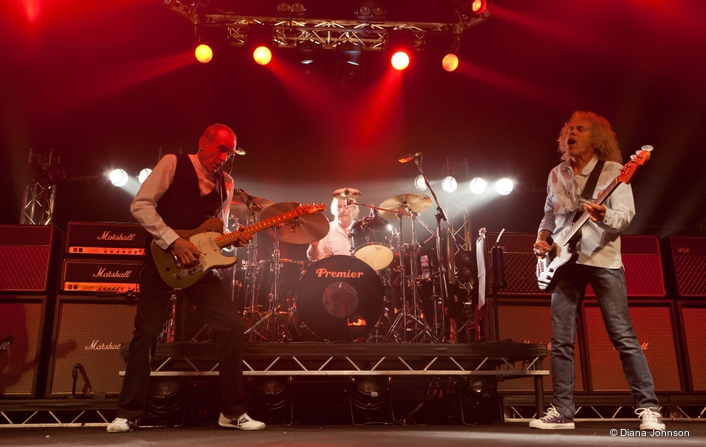 “The M7CL was easily up to the job and, as we were playing in venues like Glasgow Academy and Wolverhampton Civic Hall with less stage space, its physical size also helped to keep the stage as clear as possible,” he says. “Alan, John and Bob all took to in-ears very well and, in the same situation, I would do it all the same way again - M7CL included,” he says.

One concession to modern demands has been that LiveHereNow has recorded every show, releasing a limited run of each one on CD and MP3 for fans who want an audio memento. Andy is sending them a feed of the show’s intro, while the 24 band channels and four audience mics are taken from splits at the stage box.

With the band saying that the short ‘Frantic Four’ tour is a one-off, the end of March sees Andy, Tim and the rest of the crew heading off to Australia to mix the more polished shows of ‘regular’ Quo, while Lancaster and Coghlan return to their own bands. But Andy will no doubt keep a show file from the current dates, just in case…

“As a sound engineer, it’s easy to surround yourself with all the latest gadgets, but it’s been good to do a tour like this where we’ve taken it right back to basics,” he says. “It’s been really enjoyable. It’s mixing like it used to be.”

Yamaha Digital Consoles G...t Festive With Status Quo
It’s Not Big But It Is Clever
Yamaha Highlights Flexibl...ns At ProLight+Sound 2013