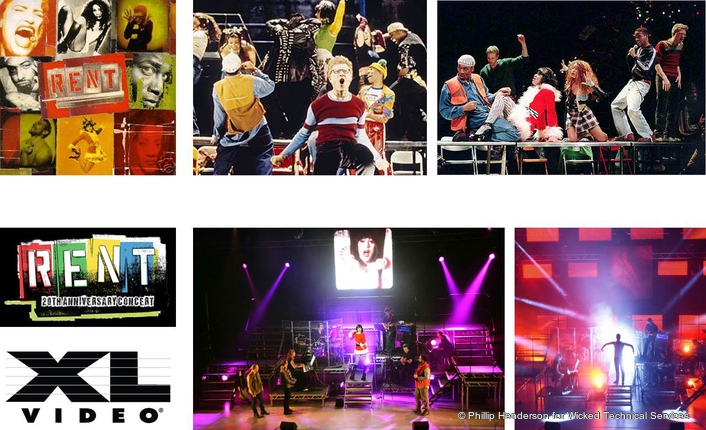 .
The Award-winning Broadway musical, RENT, was first workshopped in New York in 1993. To celebrate this 20 year landmark, a new concert production under the direction of Daniel Wood recently toured around the UK. With packed houses and standing ovations nightly, it’s no surprise that additional dates are already set to take place in the Autumn.

For the scenic pieces, XL Video supplied 16 small 2 x 1 tile screens of semi-transparent Pixled F-40 LED. During the show these were used both separately and together to form a complete screen.

The set was designed with multiple small screens to enable easy lightweight rigging and assembly across a one night per venue tour. 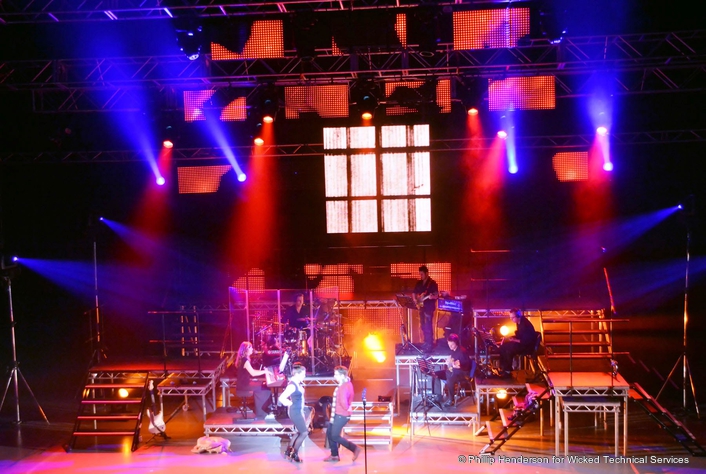 The centre screen, flown above the stage, was formed from 5 x 5 tiles of Pixled FX-11 LED. As a centre piece to the live action, this screen mixed with video sequences and scene-setting graphics was controlled via the production’s own ArKaos Media Master 3.1 servers.

“The FX-11 is terrifically bright and competed well with the substantial lighting rig,” notes Rogers, “however it also has a nice dimming curve and copes well at low intensities - perfect for the more theatrical moments of the show.”

XL’s Project Manager for the ‘RENT In Concert’ tour was Ed Cooper, who commented, “It is always a pleasure working with Ben. The need for speed in rigging and durability on the road was key to the success of Ben’s interesting design, allowing a concert musical to really stand out”. 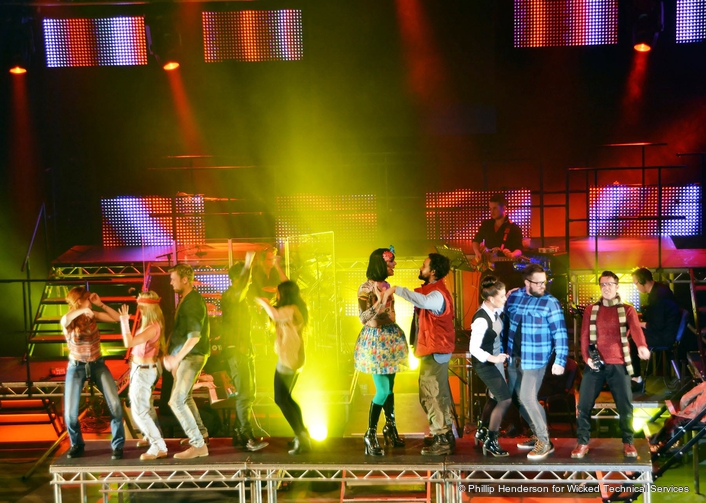 ‘RENT in Concert’
Produced and Directed by Daniel Wood