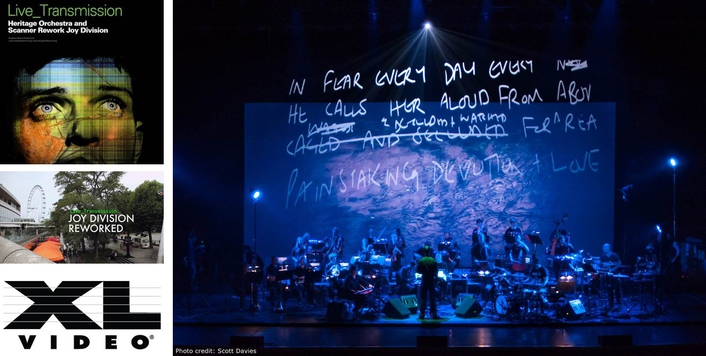 .
In perhaps one of the more unusual live music projects this year, electronic music artist Scanner has teamed up with the Heritage Orchestra for Live_Transmission: Joy Division Reworked. The project is a musical and visual reinterpretation of the work of one of the UK’s most influential bands.

Live_Transmission sees a selection of Joy Division songs deconstructed by Scanner and reinterpreted by the “ferociously non-classical” Heritage Orchestra to a backdrop of dismantled Joy Division imagery. 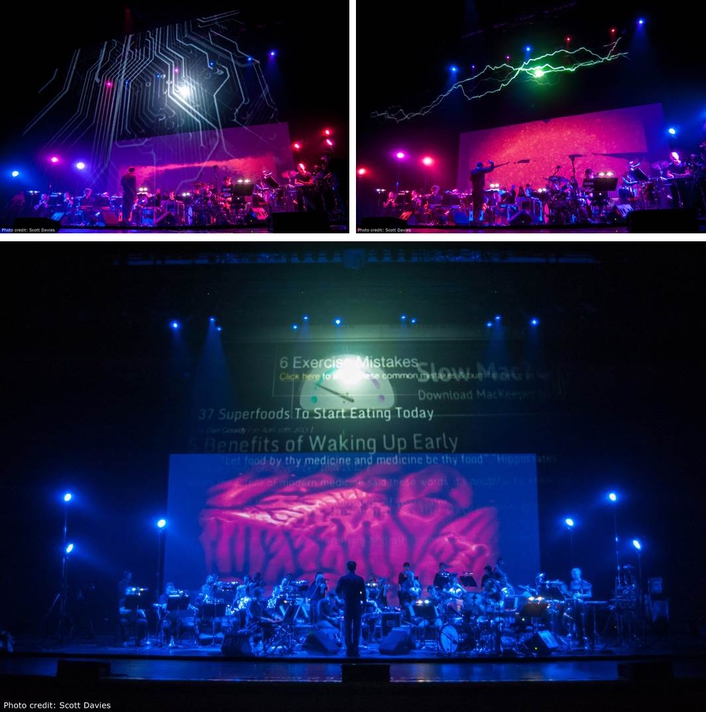 Visuals for the show were provided by Matthew J Watkins of the Beat13 collective. To display these atmospheric images, XL Video supplied front projection on to a screen behind the orchestra using a Barco FLM HD20 projector. A gauze screen in front of the orchestra was used for rear projection images supplied from one of XL’s Barco SLM R12+ projectors.

The combination of these two projections plus subtle lighting for the orchestra situated between the screens gave a layered effect which mirrored the multiple layers in the music. The technician managing the video on tour is Rachel Shipp. 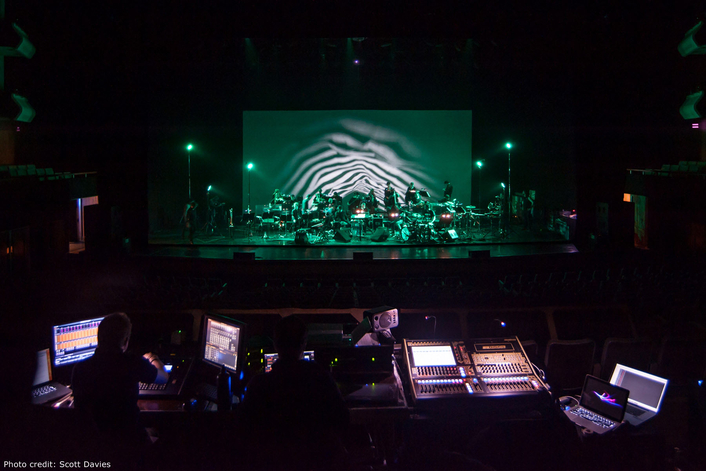 XL Video’s Project Manager for the tour, Ed Cooper commented: “This was a very interesting and unusual piece. Normally Concert Hall performances are technically very standard in their approach, however with the technology used on this production, careful planning and consideration were needed for projector positioning and rigging alike, in order to work across each venue.” 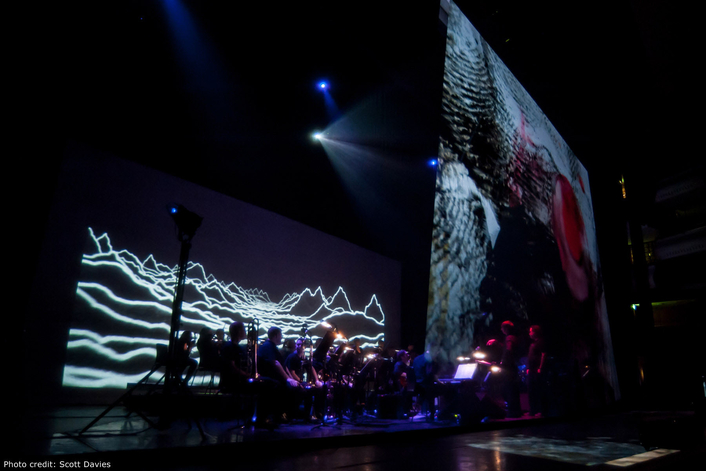 The UK tour debuted at London’s Royal Festival Hall on Saturday 21st September and continues around the UK for a further 10 dates.

Video from the opening show at the Royal Festival Hall:
http://www.youtube.com/watch?v=EDVAIiyZlTY