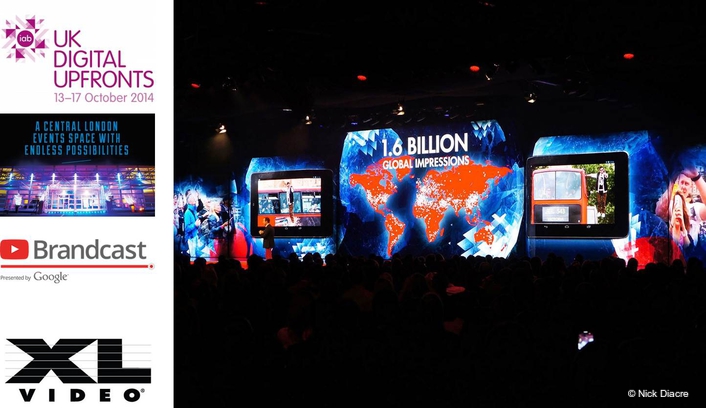 It was the second year that XL Video has supplied the event. XL Manager Guy Vellacott and his team worked alongside brand experience agency Flourish Creative’s Director Guy Tremlett and Technical Production Manager Mark Brattle to create a slick streamlined video-orientated set environment to suit the vibe of the event.

Highlights included presentations by Google and YouTube executives together with some of the channels’ most successful content creators like fashion and beauty vlogger Zoella and super-chef Jamie Oliver.

Wrapping up were energetic live performances from bands Rudimental and Clean Bandit. 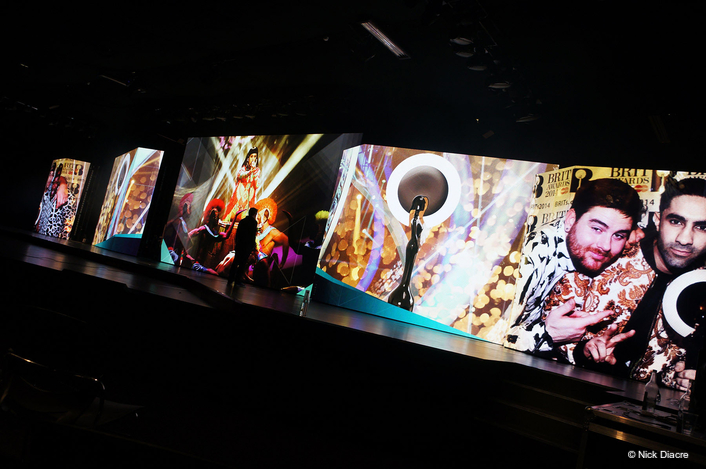 The main stage LED screens comprised a 9m x 5m section of Barco NX6 in the centre, flanked by two 6m x 4m surfaces of XL’s ROE MC-7T per side. The four MC-7T screens were built into custom frames and slightly angled to step them further forward from the main centre screen.

Each of the four side screens was mounted on a revolving plinth – built by Stage One - and clad on the reverse side with XL Video’s Pixled F-12 screen product covering exactly the same surface space.

The total screen area across the stage end to end was an impressive 28 metres at around 5 metres high. 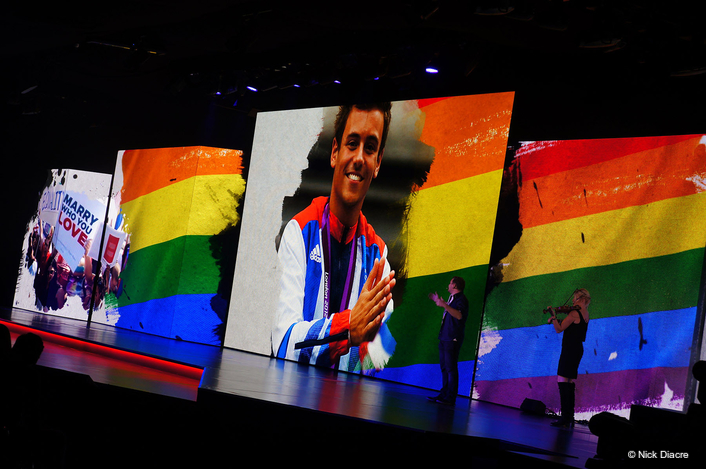 A custom media server control system, with Pandora’s Box latest Broadcast Quad servers at its core, was specified by XL to efficiently deal with content from three separate producers. This was operated by Chris Bowman.

The camera package included four Sony HXC-100 HD operated units plus a Bradley CamBall 3 positioned on one of the over-stage trusses specifically to capture Jamie Oliver’s onstage demo from above. A touch of ingenuity also saw a GoPro ‘Pan-cam’ attached to his main saucepan, which produced some eclectic and interesting shots for the mix. 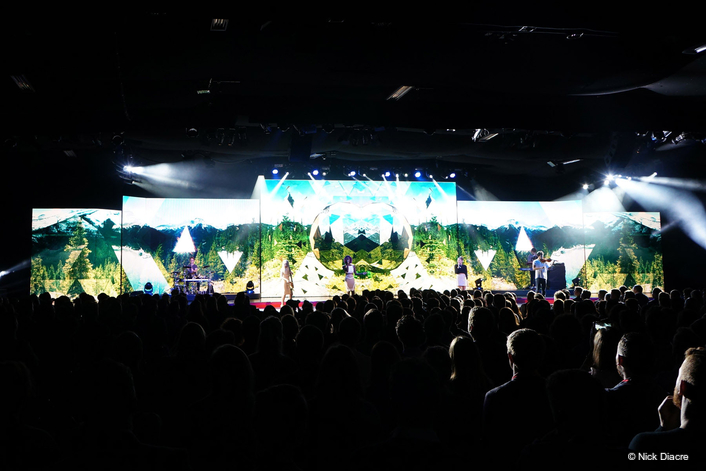 All six sources were fed into a Panasonic HS-400 HD fly-pack mixer / switcher to produce an ISO record, expertly cut by Nick Fry.

Six Panasonic 10K projectors were part of the video supply to feed three prompt screens positioned around the room.

Challenges included the marquee environment with its bespoke stage and set constructed by Stage One, which meant all the technical cabling had to be completed before other elements were brought in. 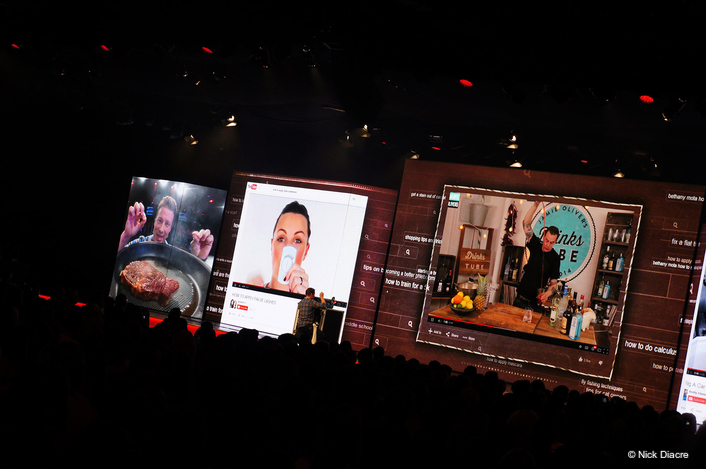 Building the four double-sided revolving screens provided the biggest physical challenge for XL’s crew. The front side was populated with MC-7T first, and then the reverse side of F-12 screen added, and then both sides had to be simultaneously cabled by the crew – some of XL’s fittest – squeezed inside the frames between the two surfaces!

Additionally challenging was the complexity of the playback content, with the fact it came from multiple sources. The high pressure timescale for editing and tweaking onsite before the event went live required an extremely fast, efficient and confident operation … which XL provided with its usual style.

Guy Vellacott comments: “It was great for XL to be involved in such a high profile technical show with superb content that made me smile from start to finish.”