XL Video travelled to Glasgow to provide LED screens and a projection system for the MTV EMA 2014 staged in the SSE Hydro
The production was designed by Florian Wieder and Matthias Kublik from Wieder Design.  The circular main stage featured a backdrop of LED surrounded by a series of elegant, curved metal ribs to form a vortex style structure inspired by the show’s ‘Time Machine’ theme. A thin curved catwalk extended into the audience and an award presentation area and glamour pit faced the main performance stage.

A total of 170 square metres of XL’s ROE Visual MC-7T LED screen was utilized. A 16 metre wide by 11 metre high section was positioned at the back of the main stage supported by a custom-built Stageco structure which tilted it slightly backwards.

Upstage centre on the presentation stage was a surface of ROE Visual MC-18T Hybrid LED which opened to allow presenter and performer access, and about a metre behind this, a small circular surface of MC-7T. This 1 metre diameter screen ‘covered’ the gap and was lined up exactly to fit into the back aperture of the vortex, providing a funky shrinking perspective effect.

This small screen could also be blended in when content was run over the entire LED surface area, and a small hole was made in its centre to secrete a laser device.

Video projection onto four special transparent fabric strips stretched between the metal ribs and running along the length of the vortex was fed by three double stacked pairs of Barco HDF-W26 projectors flown on a front truss.

By far the most challenging video component for XL to install were the 8500 or so Barco FLX 24 pixel strings - comprising individual pixels - which were fitted into the metal hoops encircling the vortex. This painstakingly detailed and protracted task had to be done using cherry pickers and very patient crew! (The FLX 24 is the same product that featured on U2’s seminal 360 tour’s ‘moving and twisting’ screen).

Bespoke video content was produced for the event by Hello Charlie and Gravity, and Ogle Hog’s crew headed by Chris Saunders engineered, specified and co-ordinated all the control systems required to handle media playback, including scaling, conversion, formatting, etc. of all the pre-recorded sources, managing their output to screen together with that of selected camera feeds. Servers for the show were operated by John Montague.

Glasgow was actually Ruysschaert’s 20th MTV EMAs … quite an achievement in its own right! 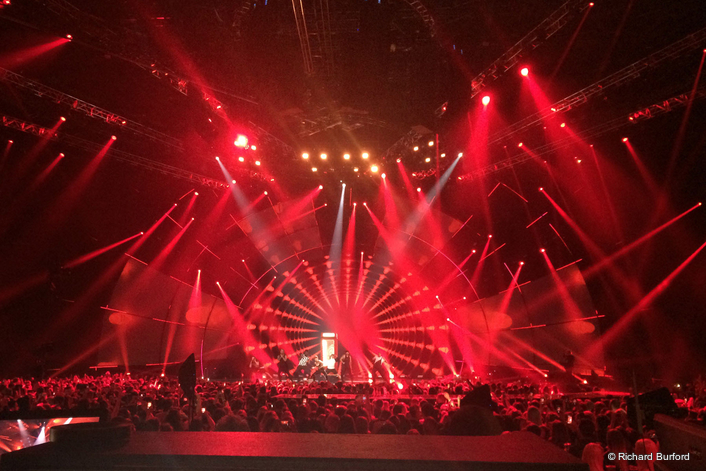 He comments, “The EMA’s, as always, was another fantastic collaboration between all technical and production departments, disciplines and suppliers. Many of us have worked together for some years on this much anticipated show, and a real rapport of what everyone has to do and how ‘the bigger picture’ fits together is absolutely essential as we are all under intense pressure. This and a serious amount of talent and experience all combines to produce world-class results every year”. 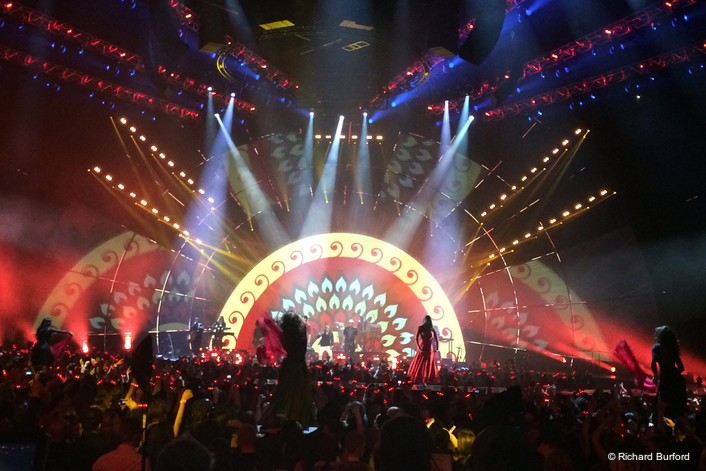 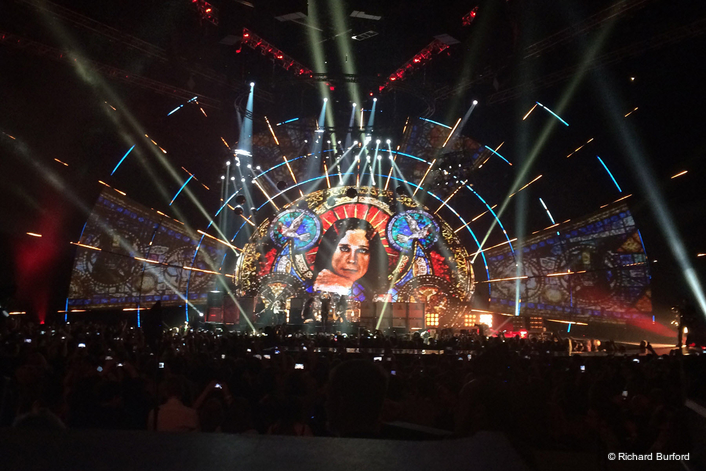 Spectacular lighting was designed by Tom Kenny with equipment supplied by PRG; Britannia Row delivered the sound, and the show was directed by Russell Thomas and Produced by Debbie Phillips.