XL Video supplied projection and Catalyst control for the recent UK tour by quirky and interesting indie rock band Bombay Bicycle Club, which kicked off their “So Long See You Tomorrow” album campaign and world tour.

The equipment was specified by Lighting and Set Designer, Squib, who is enjoying his second album tour with the band, which is also the first time they have embraced video visuals in their live work.

The band were heavily involved in the overall visual concept explains Squib. They wanted to bring the clean and unadulterated aesthetics of the album artwork created by London based design studio La Boca to the stage and into a completely different dimension, so Squib asked Video Designer Adam Young to assist in this process, joining  Animator Anna Ginsburg who was another integral part of the team. 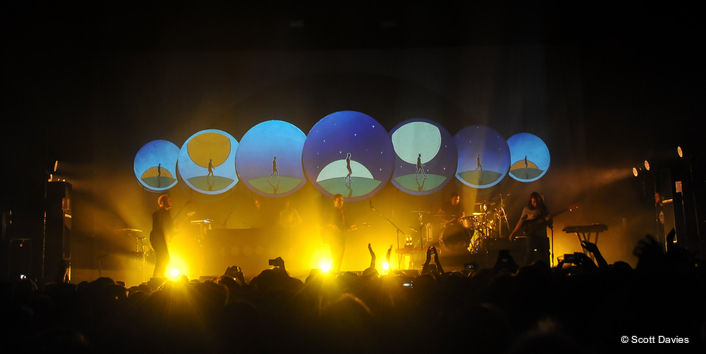 Some of the eye-catching material created for the show which brought elements of fun and idiosyncrasy to the stage took visual influences from the work of photographer Eadweard Muybridge and utilized early stop-motion animation techniques and stylization.

The inventive set design features seven fabric circles stretched over metal frames of varying sizes between 7 and 4 feet in diameter, free standing on floor bases, plus  a scrim back cloth covering the whole upstage area. All pieces have been made by Hangman.

With projection being central to the show, it was vital that the set was designed from the outset to be fully scalable and fit many different stage sizes looking equally good  in any configuration. On this UK run of shows, the set ups ranged between three and all seven circles.

Two Panasonic PT-DZ21K 20K projectors were utilized, overlaid to optimize the brightness, with the set circles treated as one large surface, and all the content programed in to one of XLs Catalyst media servers.

The circles and the full backdrop were mapped in the Catalyst with images sometimes flowing simultaneously across and through all the circles and sometimes just playing out in specific ones, creating a very unique look and feel to the performance.  Much of the material was hand crafted and the show started spectacularly with over 4000 animated hand-drawn images.

The playback footage for each song was triggered by timecode into the Catalyst from the band's backline. 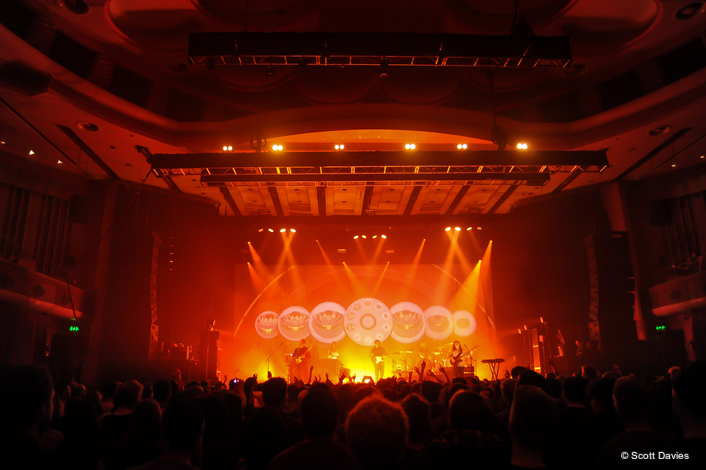 Video sources were also run through a set of Showtec Sunstrip LED battens upstage, which were mapped via a second Catalyst controlled via Squib’s Hog 4 lighting console.

The projectors were "Ideal for the job" reports Squib, and came recommended by Adam Young who had used them on a number of different theatre projects. Their compact size and high output also made them very flexible, which was a must on this one … as they were rigged in every conceivable position and method - from a riser at FOH, a front truss, on side-stage stands with mega-wide angle lenses and a number of other imaginative variations – throughout the tour! 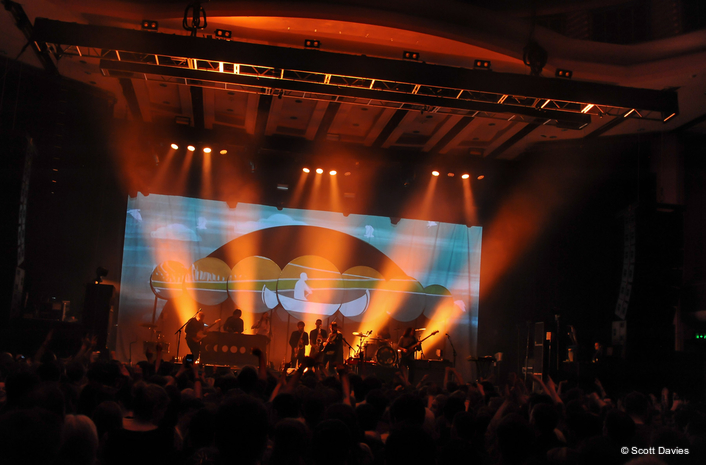 The Catalyst also changed positioning between side-stage and FOH according to venues which included town halls, some larger theatres and academies.

A projection set up of this complexity and precision was relatively ambitious for the itinerary – and that was one of the challenges!

The video tech on the tour was Phil Mead, also suggested by Squib and working via XL. 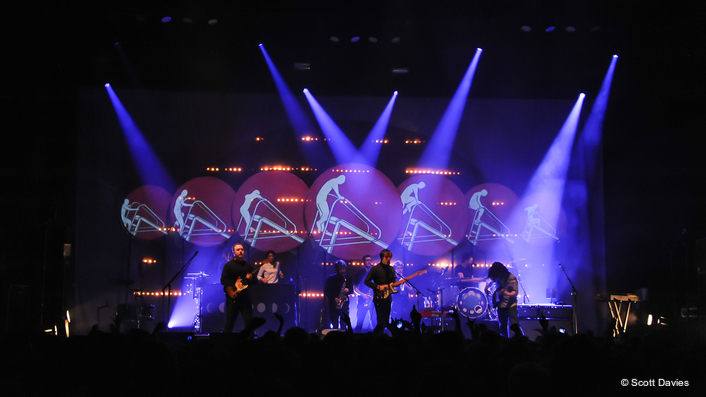 The plan is to expand the projection concept as the tour grows and gathers momentum throughout the year. Its innate adaptability means it can also be used as a ‘specials’ package for festival scenarios.

XL’s Project Manager Jo Beirne comments, "We are delighted to be working with Bombay Bicycle Club. Squib’s production design is fresh and completely different and we are all really looking forward to seeing it develop further”.