The tour, which showcases the compositions of Murray Gold for the much-loved TV show includes the BBC National Orchestra of Wales and performers from the BBC National Chorus of Wales, conducted by Ben Foster. 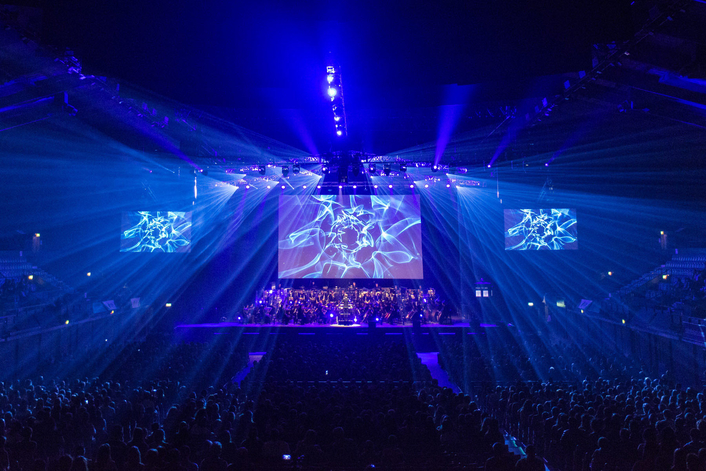 Hosted by Peter Davidson, who played the 5th Doctor, the tour includes live appearances from an array of Doctor Who monsters including Daleks, Cybermen, and the Ood.

The show design aims to immerse the audience via the music, coupled with the big screen footage of Doctor Who, and live action appearances by a multitude of monsters in the arena. To help achieve this across a variety of large-scale venues, XL Video supplied a video projection system and accompanying cameras, which displayed a mixture of Doctor Who clips and live IMAG. 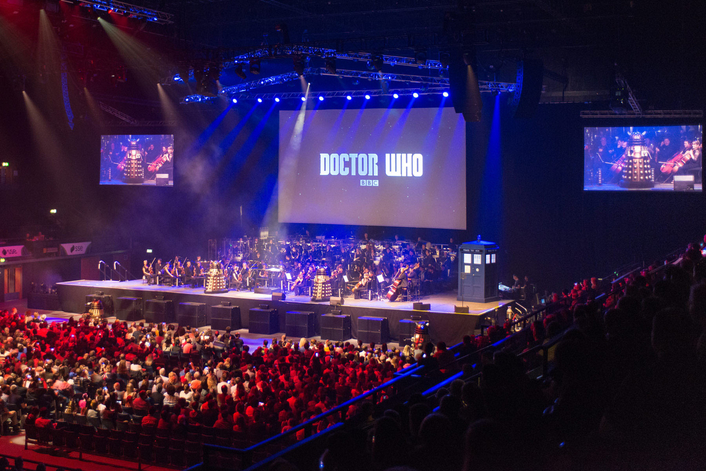 The central 40’ x 23’ screen used two of XL’s Barco HDF-W26 high brightness projectors to show scenes from the many series of Doctor Who, mixed with atmospheric graphics and logos. Footage also included clips from the forthcoming series, which will air worldwide later this summer. 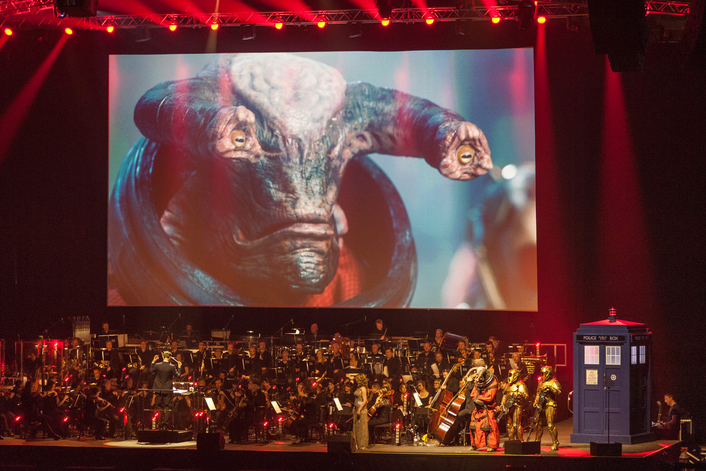 XL also supplied one of their Sony HXC-100 HD cameras with an 86x long lens, located at front of house, which captured the orchestra, singers and monsters as they appeared in the arena. One of XL’s custom-built HDiye minicams was situated on stage and focused on the conductor, who appeared in The Doctor’s trademark costumes during the show.

XL’s small Panasonic PPU was used for the mix of live cameras and playback content, and was directed by Ray Shaw. 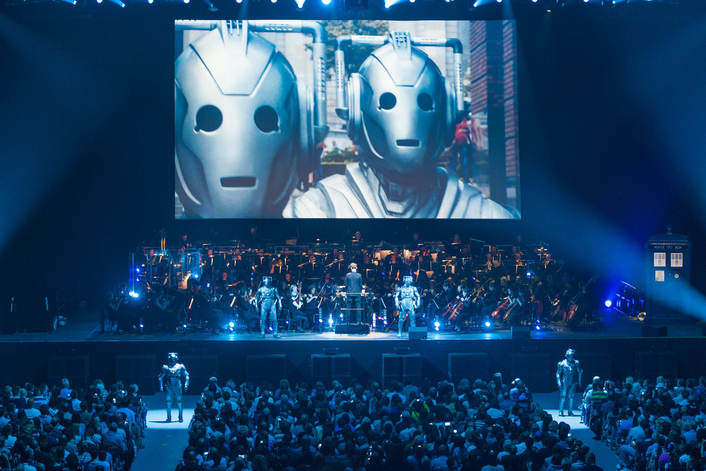 Playback and Cameras were mixed for the 2 x 20’ x 11’ IMAG side screens, using a pair of double-stacked Barco HD20 projectors for Projection on each side.

XL Video also supplied an HD recording of the tour, for later use by the client.

Project Manager for XL Video, Paul Wood, comments: “We’re very happy to be working again for Nigel Mousley (Tour Manager) and the team at Vision Nine, to bring this event to UK arenas. Our brief was to ensure that the visuals blended perfectly with the live concert to really immerse the audience in the world of Doctor Who. Our team did a great job combining the existing TV footage with live IMAG, and the audience reaction was excellent.”

Popular: Doctor Who Symph...acular Votes for grandMA2
Trio of Soundcraft Vi Con... For Doctor Who Live Tour
Fanta 4 on Tour with LED ...stallation from XL Video