XL Video Is Over The Moon with James Blunt

.
XL Video is supplying a large customised curved LED screen for James Blunt’s current “Moon Landing” world tour, together with cameras and PPU, projection and crew. The 9.5 metres high by 9 metre wide Pixled F-15 screen was specified by the tour’s show’s Production Designer Paul Normandale, who together with Lighting Director Glen Johnson and XL Video, started working with Blunt in 2005. This fourth world tour is by far the largest to date in terms of production.

The idea was that the onstage video should be curved at the back and offer the appearance at times that he’s walking on it, and also be visible through the risers – which reflect the lunar landing pods. The overall vibe was to bring a spacey ‘horizon’ look to the video content, very much in the style and spirit of the 1970’s moon landings. 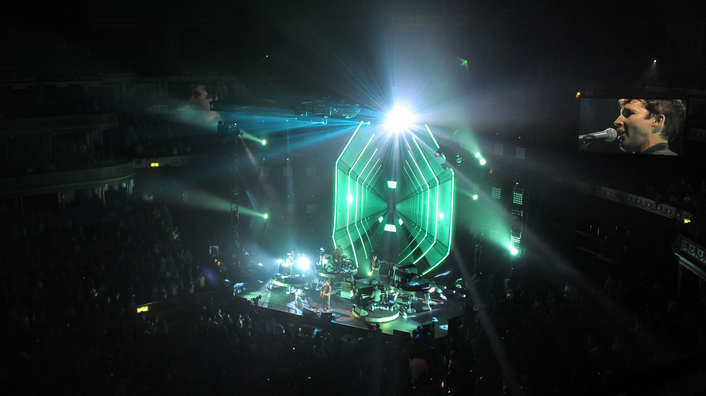 Having a curved at-the-bottom screen also gives a different visual perspective to all those in the banked seats of an arena.

He and Mercer then worked on creating an ingenious solution for the straight and curved elements to be optimised for touring and deployed onstage as straightforwardly and rapidly as possible - particularly with summer festivals in mind. 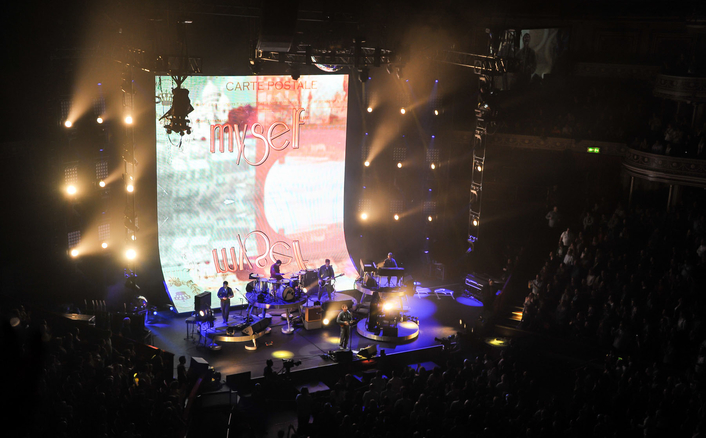 In this scenario, the main back part of the screen can be pre-rigged during the overnight changeover and flown off motors as per standard, while the bottom section with the curve – is assembled in the changeover immediately before Blunt takes to the stage.  It is then wheeled in to place on five special supporting dollies, and the two elements are joined together.

On Blunt’s own-shows, this practical quick-build technique is also a great asset to the video crew of four and the process of constructing the entire screen takes around three hours.

The F-15 is mounted in touring frames and packs away into bespoke transportation dollies – where the requirement was that these fitted into an 8 ft. row in the back of the truck. Together with the curve support elements, these were fabricated by XL in Belgium. 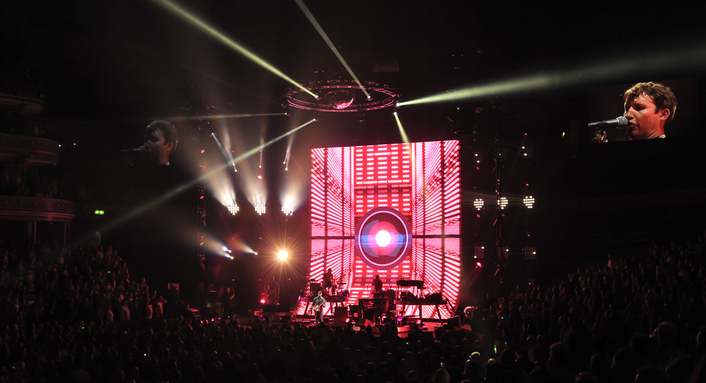 All the video playback content is being stored on two Catalyst media servers from Lite Alternative, who are also the lighting contractors. These are run by Johnson for the show, going to both the F-15 screen and the side screens, and the cameras are also fed into the Catalyst, so he and Cruickshank can select different shots throughout the show.

Playback content is also routed to the side screen where it can be treated by Cruikshank via his Kayak, and it’s one of Normadale’s creative trademarks to blur the roles of stage and IMAG screen as the material and the performance demands. 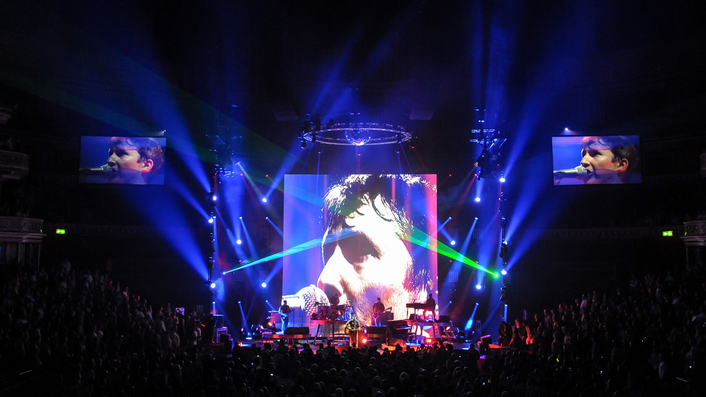 Normandale, Johnson and video artist Judy Jacob were all involved in creating the playback video content. Normandale oversaw the process and had the final say, it was produced by Jacob, with all the NASA footage sourced by Johnson and three songs of visuals created to a brief by Brett Sullivan.

The show is already receiving rave reviews, and Johnson comments that the service from XL has been, “Hand-on-heart brilliant!”

“Phil and Jo (XL Project Manager Jo Beirne) have worked with us all the way on the curve, the budget and the system … and XL are by far the best video production company. They also have a long reputation working with James Blunt, and have really pulled out all the stops this time around, truly making a huge difference to the smooth process of the tour”.

No kind of trouble for grandMA2 on James Blunt
XL Video Celebrates The �...y’ with The Stranglers
XL Video Sees Tomorrow With Bombay Bicycle Club