XL Video at the O2 with Basement Jaxx 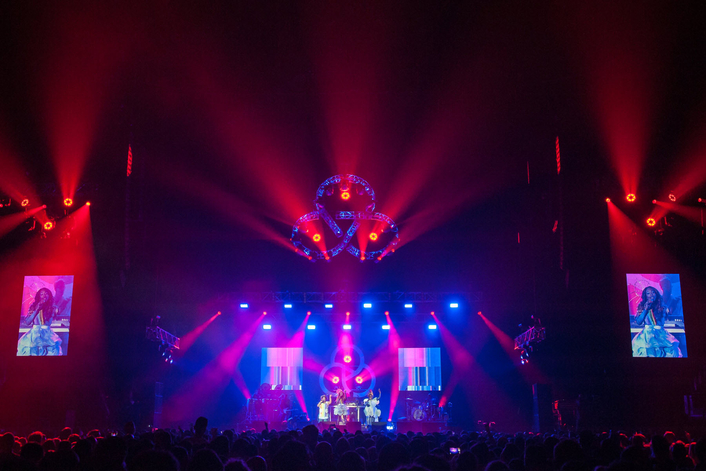 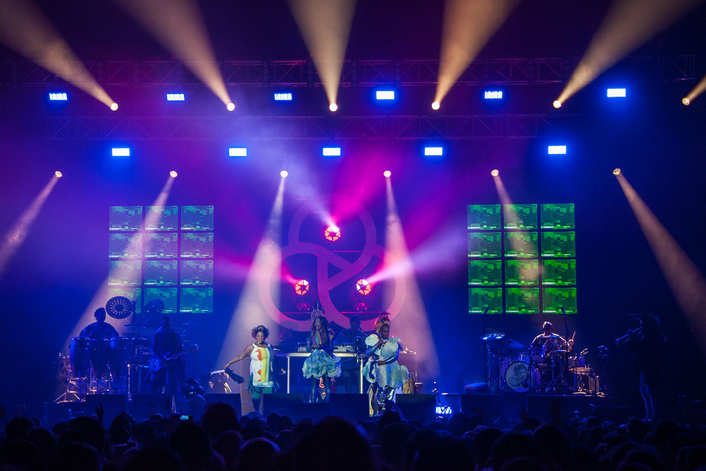 Glover specified a 6 camera package – 3 Sony DX-50 cameras and 3 Bradley Robo-cams supported by one of XL Video’s Large Kayak PPUs. Live camera mix was done by Video Director Jon Shrimpton and the cameras were chosen to give an analogue feel to the live footage, which Shrimpton then treated with effects and controlled via his old-school DvE Magic Dave mixer! 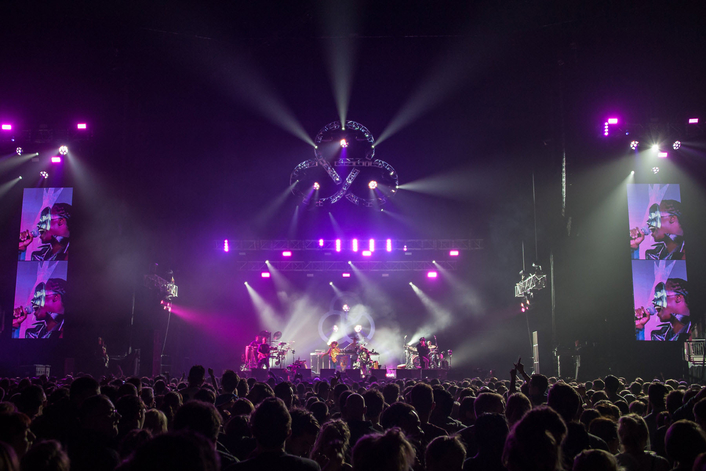 Cameras were controlled by Marcus Wareham and Jane Petrie, plus Gareth and Joe.

XL’s Connie Glover comments: “It was great to see a different approach to the video presentation with differently shaped screens and old-school IMAG. We’ve worked with Basement Jaxx over a number of years, and they always look for a new and interesting approach to their touring video.”