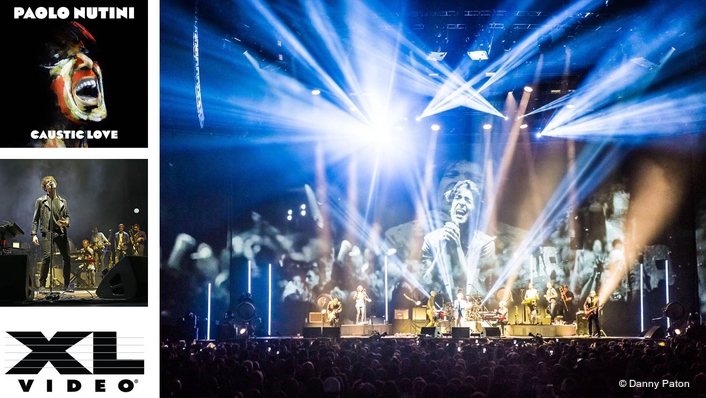 .
XL Video supplied projection, LED screens and a camera / PPU package to the Paolo Nutini UK arena tour which completed a busy year of touring and live performances from the artist following the release of his album “Caustic Love”.

There were three distinctive video surface elements which brought a real sense of depth and dimension to the stage – gauzes, which were projected onto a medium resolution LED screen surface and low res LED battens. 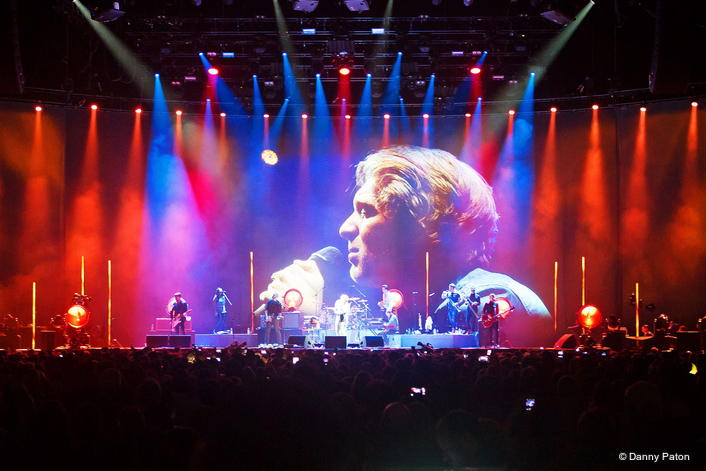 A classic widescreen look was the dominant aesthetic for the singer / musician – known for for his raw, rich, and potent bluesy voice - with a 60ft wide by 30ft high black sharkstooth gauze hung on a curved truss in the centre, flanked by two 25ft wide by 30 ft high gauze drapes which could work either in conjunction with the centre section or separate to it, according to the video content and its context.

The three gauze screens were fed by eight of XL’s Barco high powered projectors, four Barco HDF-W26 units covering the centre section run as two doubled-up, edge-blended pairs, and a pair of Barco R22 machines either side for the 25ft wide sections. 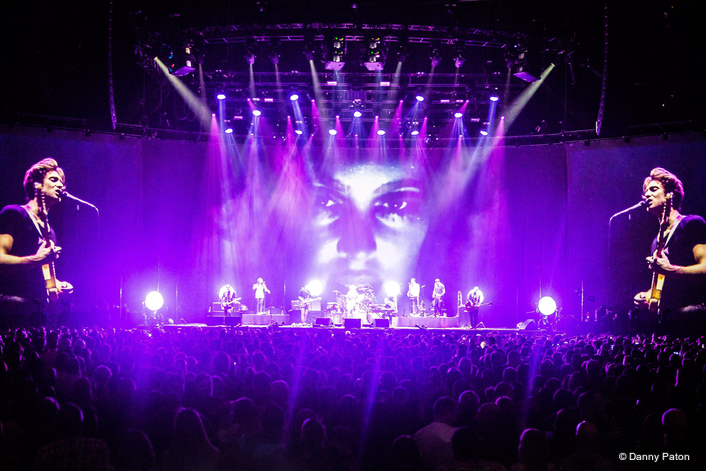 Upstage of the centre sharkstooth projection surface was a block of XL’s Pixled F12 LED screen, 30 tiles wide by 10 high.

For the video battens, XL supplied 24 x VersaTUBES arranged going off to the sides of the stage - in eight columns of three high. The units clamped onto special tank trap floor bases holding vertical scaff pipes.

Playback video content – including custom footage created for the show, for the projectors, the LED screen and the VersaTUBES - was all controlled by Tom Wexler running a Catalyst media server positioned at FOH. 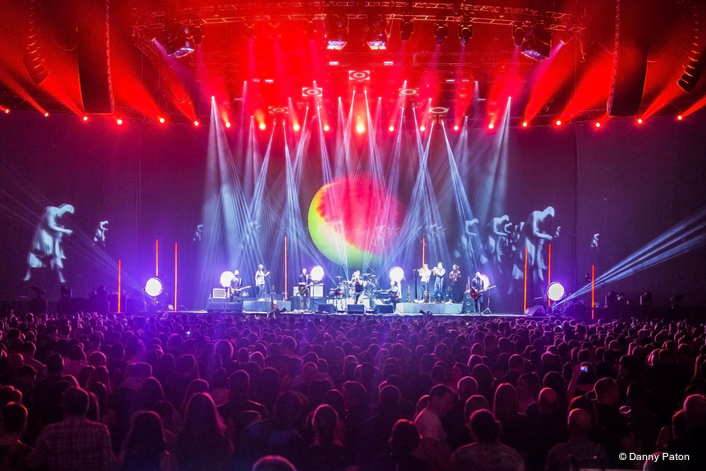 The main 4-camera PPU package comprised XL’s Sony HXC-100 cameras which were stationed at FOH, with two in the pit on fixed tripods and one hand-held onstage.

Ben Miles directed cameras for the main arena tour using a BlackMagic mixer and Phil Woodhead continued the role for the rescheduled shows in January, necessary after Nutini was forced to cancel due to a bout of tonsillitis part way through the main tour. 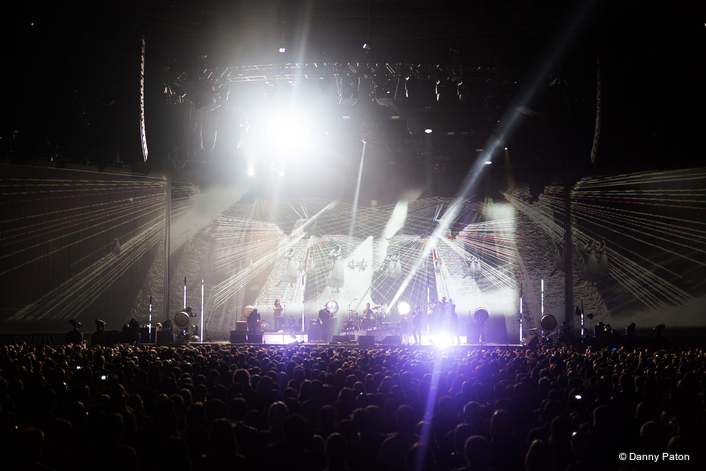 All the camera feeds were also sent to Tom Wexler’s media server set up utilising one of XL’s new Mac Pro server rack/enclosures.

Tom Wexler, along with Kit Monkman, was also responsible for producing the striking video content which gave the look of the multi-layered show production a real gravitas and was extremely well received. It was also clear that lots of time had been devoted to making the mediums of lighting and video work harmoniously to create coherent and beautifully fluid end results.