XL Video Gets In Line for Alt-J at the O2 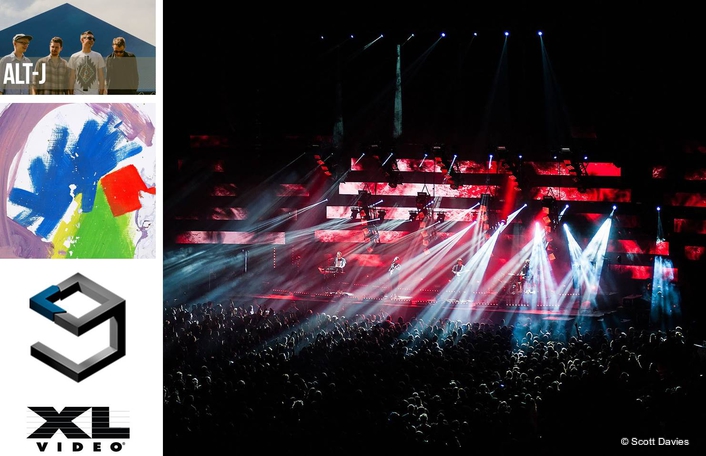 .
In support of their forthcoming second album, ‘This Is All Yours’, alt-J recently played a headline show at London’s 20,000-capacity O2 Arena. For this show – the band’s largest to date – XL Video supplied a bespoke LED screen and camera IMAG package. 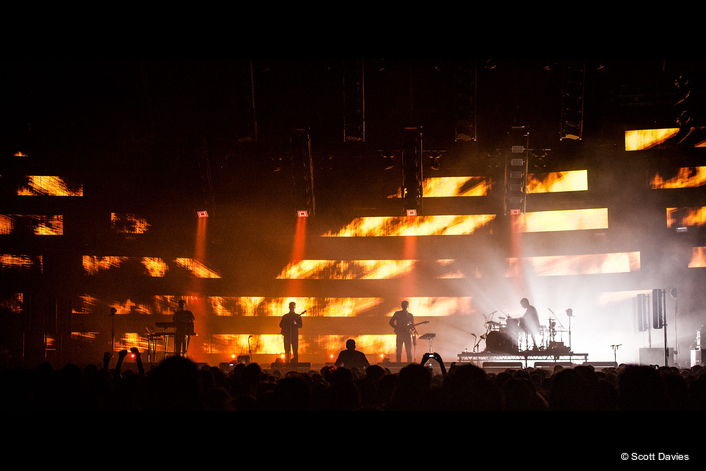 XL Video utilised 270 tiles of their popular Pixled F-12 LED, along with 154 of XL’s own custom touring frames to create horizontal strips of LED across the width of the O2 stage. The empty frame rows revealed lights including Showtec Sunstrips and other lights were attached to the spacers between the LED.

XL’s Project Managers, Phil Mercer and Jay Mobbs-Beal, worked with their LED specialist Steve Ackein to provide the bespoke solution for this show which was rehearsed and refined at LH2 before installation at the O2 on show day. 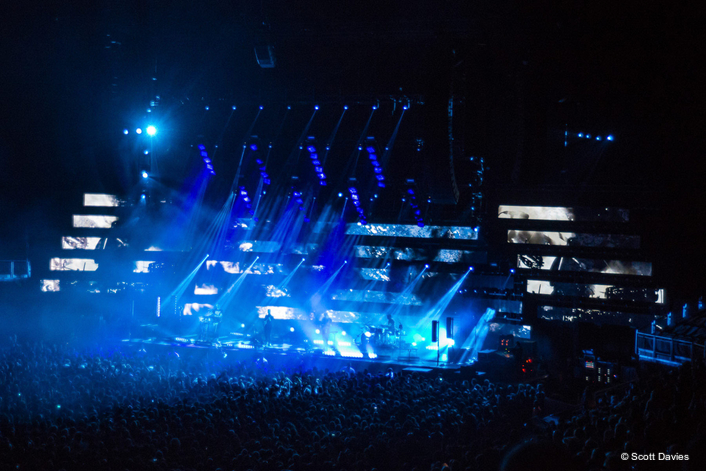 The LED was used to display a combination of graphic content and treated IMAG footage, which was directed by Matt Askem.

To supply the IMAG, XL Video provided eight cameras and one of their Large HD Kayak PPUs, which was engineered by Richard Burford. 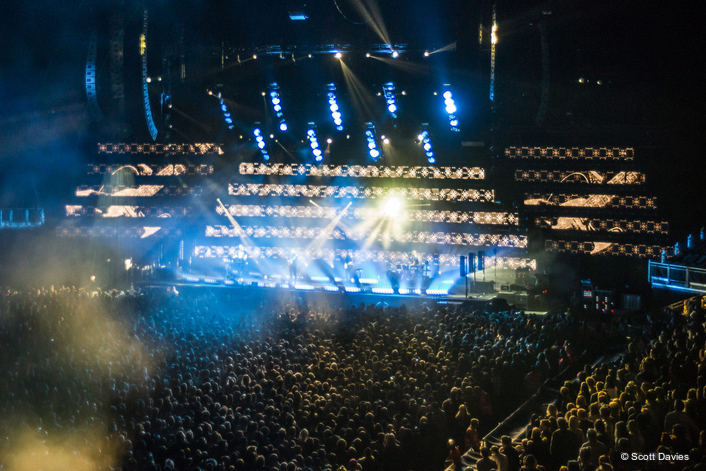 XL supplied 4 Sony HXC-100 cameras in the pit and at front of house, plus 2 Bradley Cam-Ball 2 robo cams, and 2 of XL’s custom-built HDiye mini cams for onstage shots. Cameras were managed by Ant Barrett.

The live footage from the cameras was mixed using a range of creative effects and output to the side LED screens, and occasionally to the upstage screen which gave the show a very unique look. 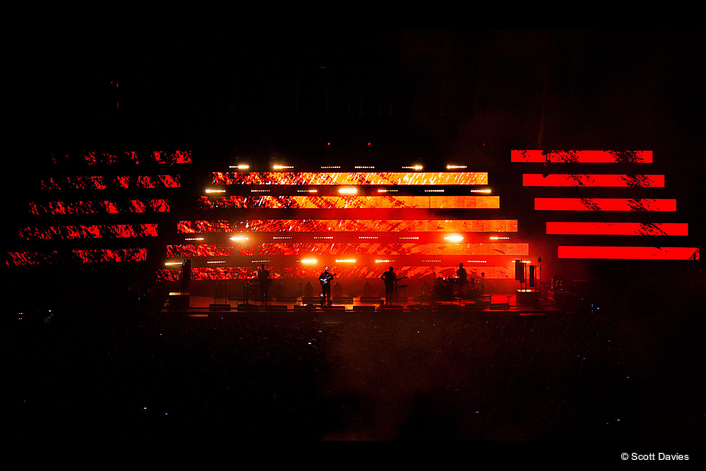 Graphical playback content for the screens was supplied by a set of MBox media servers.

Jay Mobbs-Beal comments: “It was great to work with alt-J’s team to create a package to satisfy this one-off show design. Our LED team in Belgium were very helpful in creating the right solutions to ensure the LED could be rigged with the required space in between, and our crew did a superb job installing the LED in this unusual arrangement.” 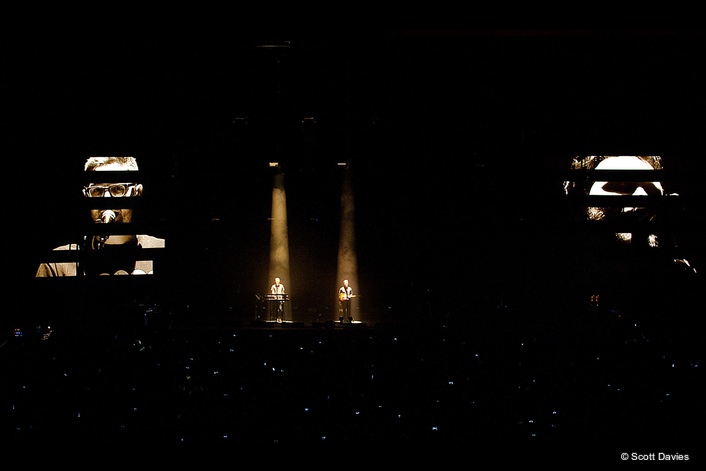 XL Gets Reckless with Bryan Adams
Fanta 4 on Tour with LED ...stallation from XL Video
XL Video at the O2 with Basement Jaxx