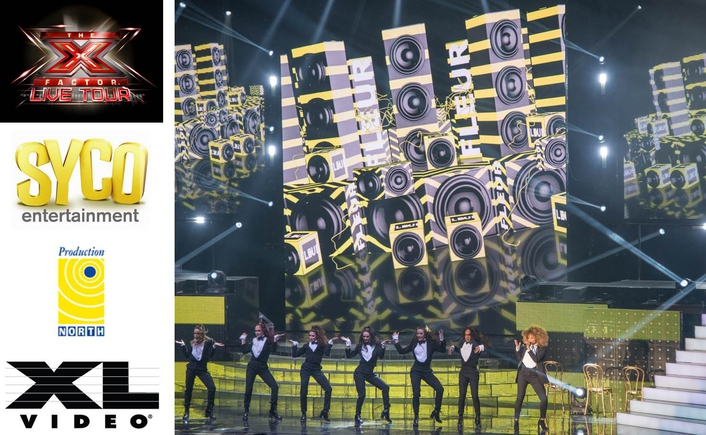 The live tour show was produced by Beth Honan for Syco Entertainment under the technical direction of Production North. 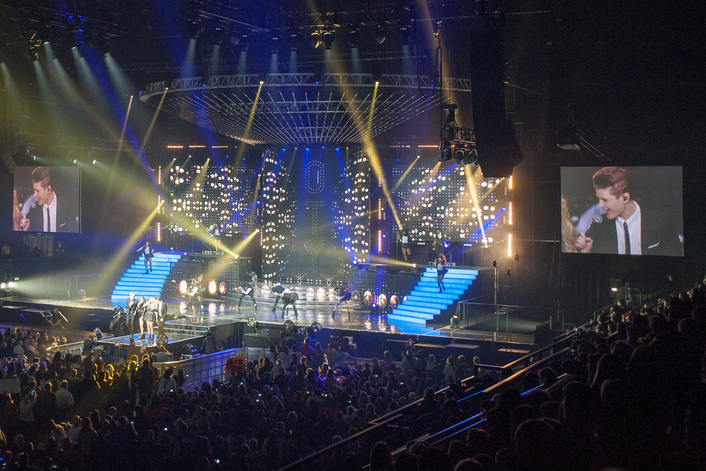 More sections of MC-18 were added on the stage floor behind a set of Perspex stairs and cladding the fronts of the upper level set risers. 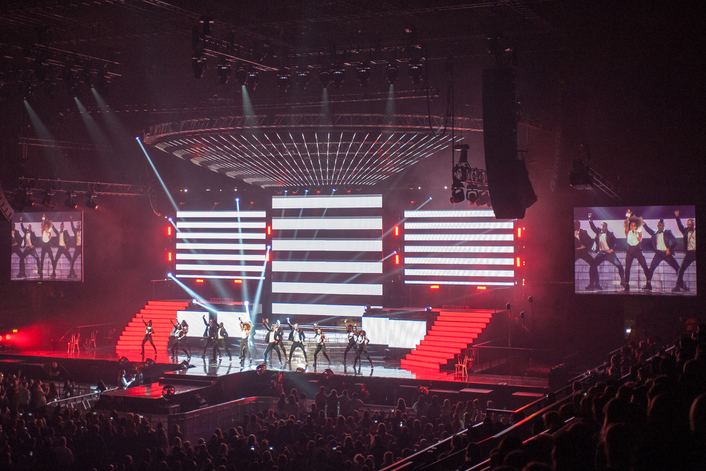 To facilitate this, XL had a new 300 x 600 mm ‘half tile’ of MC18 manufactured. They also built a number of new touring frame sizes including 2 x 1, 1 x 2 and 1 x 1 variations in addition to their standard 2 x 2s which are now available for all projects.

The crew love the touring frames – the LED panels stay clipped in to these which are housed in special dollies that fit perfectly in the truck pack - making set-ups extremely quick and efficient.

Various trussing and lighting elements framed the onstage LED screens, and two side projection screens were also supplied for the IMAG mix, fed by a pair of front projecting Barco FLM R22 machines. 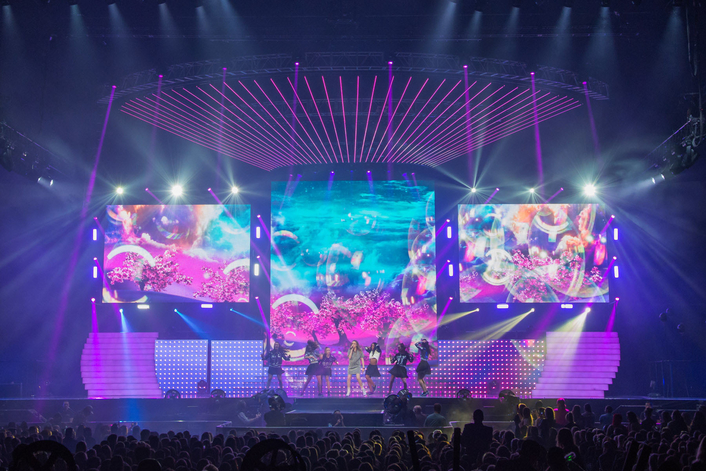 A Catalyst media server system was programmed by Jonathon Bond with all the video playback content – mostly commissioned by Beth Honan from different artists – and this was fine-tuned during a week of production rehearsals. It was operated on the road by Connor Canwell.

Playback VT was used across all the onstage LED surfaces in 95 per cent of the performance numbers, helping to craft the individual look and styling for each one, together with some excellent lighting. Numerous performance genres were embraced throughout the show and video proved a highly flexible creative vehicle for setting the tone and vibe of each piece.

A four camera PPU consisting of XL’s standard Sony HXC-100 HD cameras – two at FOH with long lenses and two in the pit, one fitted with an RF head for also capturing the action on the B stage out in the audience - and the mix was cut by Ivan Youldon using a Grass Valley Kayak switcher. 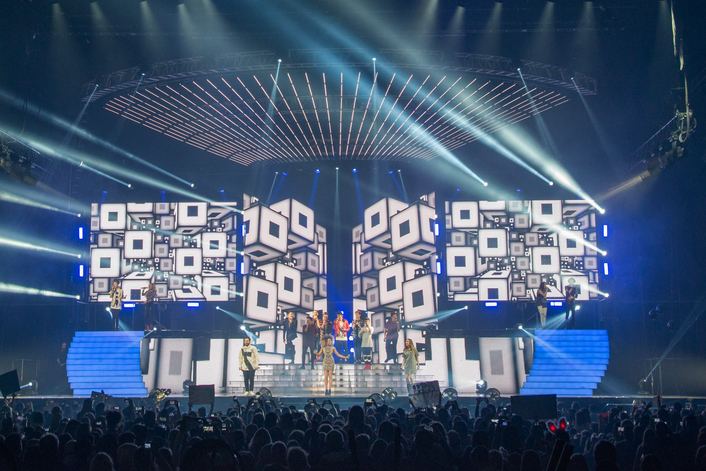 This fed directly out to the two side screens, with one TX feed routed to the Catalyst so sections of footage could also be output onto the onstage LED screens. A selection of clips stored on a Grass Valley Turbo T2 hard drive also appeared on the side screens.

The fan shaped Barco MiStrip ceiling has been an X Factor Live set feature for the last few tours becoming a signature look, so this was retained again for visual continuity. It is made up from 180 x MiStrip video battens arranged in 39 fingers, also fed with Catalyst material. 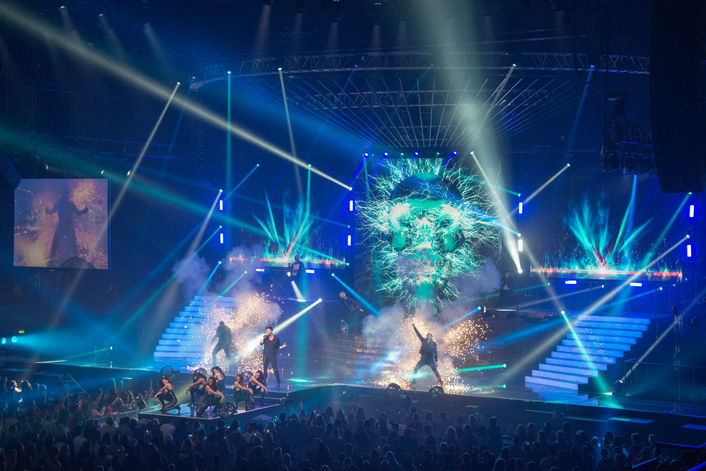 Says Macca, “It was great to work with Beth and the Production North team again this year and with such a strong line-up. The production values and the tour again raised the bar, and carefully blended the essence of a leading TV broadcast with a highly entertaining live spectacle … retaining all the excitement and energy of both disciplines”.