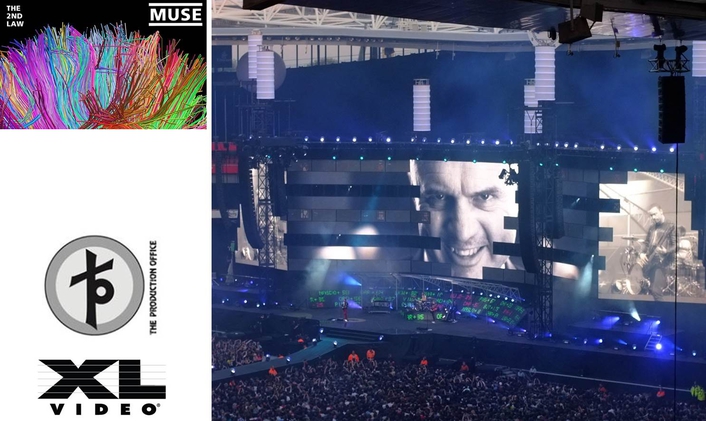 The tour began in October 2012 in the UK. It stormed through Europe, Japan and US and is now back in the UK, this time playing stadium shows.

Muse are renowned for their visually spectacular live performances. XL’s Project Manager Phil Mercer enthuses, “It is always interesting working with Oli and Tom, and the results of their work is another entertaining, impressive and thought-provoking show”. 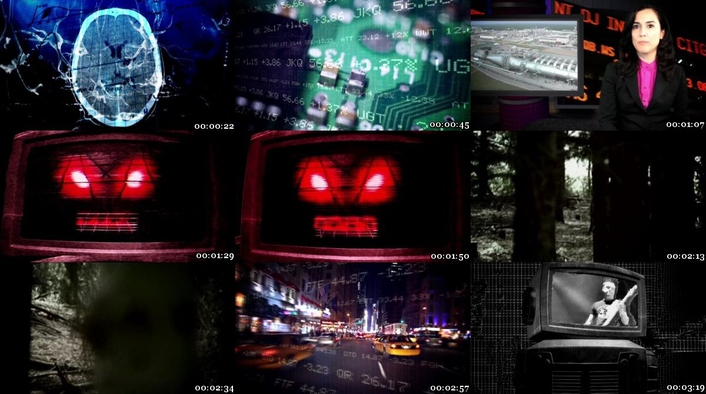 To achieve a combination of the highest resolution and lightest weight LED video screen surfaces, XL Video is supplying its Pixled F-12 product to the tour.

Content for the LED is a mixture of IMAG feed and pre-programmed content commissioned by Oli Metcalfe and Tom Kirk and produced by Lydia Baker and a number of other artists. Highlights include a giant “stock ticker” for ‘Animals’, stark monochrome graphics for ‘Starlight’ and sparkle effects for the show finale.

The IMAG feeds come from a total of 12 cameras supplied by XL Video.

Four Sony HXC-100 HD cameras are positioned in a two at front-of-house and two in the pit format, with four Bradley Camball2 HD Robocams, three Bradley HD Minicams and an HD Polecam supplying action footage of the band from around the stage and pit.

Phil Mercer adds, “This is the first Muse campaign that I have been involved with right from the outset, and we’ve all thoroughly enjoyed working with Oli and Tom again and in delivering an amazing and very memorable show.”

Production Manager is Chris Vaughan from The Production Office (TPO) and dates are currently booked until October 2013.